CAIRO – The Coptic Orthodox community in Egypt is reeling from the recent murder of the abbot of St. Macarius Monastery, apparently by traditionalists of his own faith, in the fourth-century center of meditation and scholarship 60 miles northwest of Cairo.

The victim, Bishop Anba Epiphanius, 64, was the point man in efforts by the Coptic pope, Tawadros II, to reconcile their church with the Vatican. The two popes, Roman and Coptic, had explored steps toward mutual recognition of baptism rituals, pilgrimage sites and even reconciling their liturgical calendars.

On July 29, Epiphanius died from a blow to the head with a sharp object. 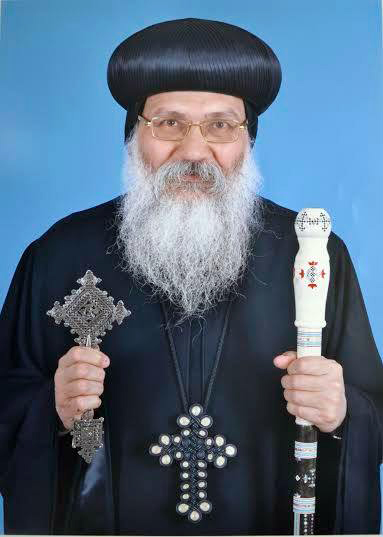 Investigators obtained a confession from 34-year-old monk Wael Saad after another member of the order, Remon Ramsi Mansour, 33, attempted suicide by slitting his wrists and throwing himself from the highest building in the monastery.

Both now face trial on Sept. 23 for killing Epiphanius.

Epiphanius was elected as abbot of the St. Macarius monastery in 2013, a turbulent year that saw hundreds of thousands of Egyptians protest President Mohammed Morsi, a leader of the Muslim Brotherhood.

Many Egyptian Christians held Morsi and his followers responsible for an uptick in violence against their churches and clergy. Those attacks intensified when militant Islamists went underground after Morsi’s overthrow.

Last year saw increased attacks on Christians, including the fatal stabbing of a priest in October, the killing of 28 pilgrims traveling to a monastery near the city of Minya in May, and the Palm Sunday bombings at two churches in Alexandria and Tanta that killed 44 people in April.

The murders of seven Christians in El Arish by the so-called Islamic State’s Egyptian affiliate in February resulted in the mass exodus of hundreds of Christians from the northern part of the Sinai peninsula.

The Vatican reacted to the jihadist attacks by approaching Tawadros with renewed gestures of solidarity, culminating in Pope Francis’ 2017 visit to Cairo and Egypt’s Catholic community, estimated to be as many as 200,000 people. Copts, an ancient Christian sect, are thought to make up 10 to 15 percent of Egypt’s nearly 100 million people.

During that visit, the Coptic Church said it would not require Catholics who married into their church to be rebaptized as Coptic Orthodox. The two churches also opened discussions of accepting Dec. 25 as Christmas instead of using the older Gregorian calendar to determine church holidays.

Rebaptism, which means initiating members of one Christian denomination into a new church community even if they have been baptized in their own, usually reflects significant theological differences between congregations.

But traditionalists criticized Tawadros and Epiphanius, a theologian respected for his Arabic translations of early Christian sources written in ancient Greek and the pre-Islamic Coptic language, for the change. 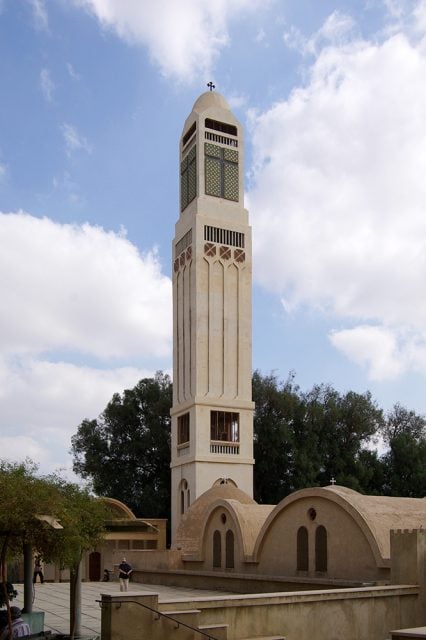 Many Copts reject the concept of unity, and haven’t been shy about expressing their sentiments on the Facebook page of the “Association of Faith Protectors,” a group that emerged in opposition to Tawadros’ reforms.

“The so-called protectors began to establish online militias to attack, harass and accuse the pope and his allies of heresy,” said Ayman Erian, a Coptic researcher for the Insitute of Development Studies at the University of Sussex in England.

“We have a very rich theological and spiritual heritage,” said Sami Mikhail, a 22-year-old pharmacy student at Ain Shams University in Cairo. “Our own style of chanting derived from the ancient Egyptians. The Coptic calendar and language should be kept so we don’t dissolve into the western church.”

Roman Catholicism is a comparative latecomer to Egypt, arriving in the 19th century, when Italian and French Catholic missionaries built schools and offered modern medical care.

Bishop Serapion, the Coptic metropolitan of the Diocese of Los Angeles, Southern California and Hawaii, said the opposition to recognizing mutual baptism with the Roman church can be more a matter of geography than belief.

“Bishops in Upper Egypt who find local Catholic churches making proselytizing efforts among the Copts in the countryside tend to have a different view of this issue than those of us outside,” said Serapion, who traveled to Rome with Tawadros at his first meeting with Francis in 2013.

“It’s vital that Tawadros seeks unity, but the proselytizing issue is holding us back when it comes to mutual recognition of sacraments and the calendar,” said Serapion, himself a native of Assiut in Upper Egypt who was ordained at the Al-Sourian monastery around 10 miles southwest of St. Macarius. 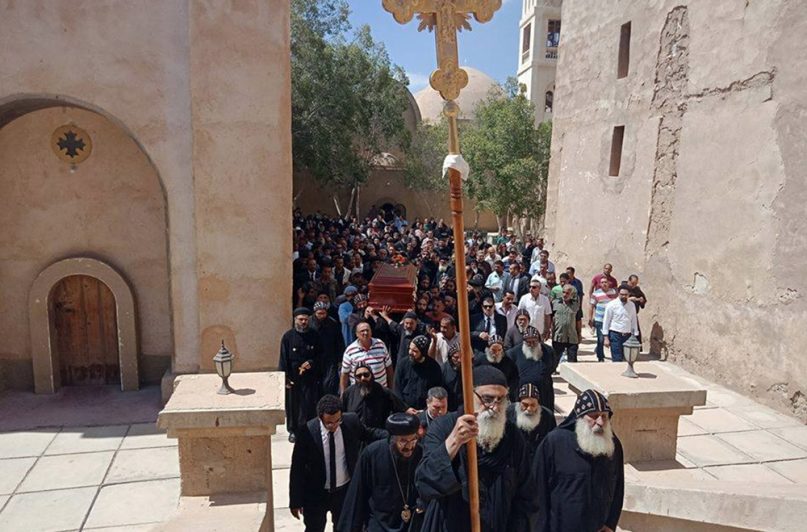 “According to the monks, there were conflicts with the abbot,” said Amir Nassif, who resigned as Saad’s lawyer after the police confession was made public. (“The devil controlled the monk,” Nassif said, explaining his resignation. “It’s impossible for me to participate in the killing of Bishop Epiphanius.”)

Saad has been stripped of his monastic name of Isaiah. But church authorities have yet to banish his alleged accomplice Ramsy, known as Faltaous, from holy orders.

“Bishop Epiphanius posed a threat to the traditionalists after he used manuscripts from St. Macarius Monastery to prove that the Egyptian Church did not rebaptize Catholics until the 19th century,” said Bassem Al-Janoubie, a liberal Coptic activist.

Four months before the murder, hard-line monks and other traditionalists began to criticize Epiphanius after the abbot told a Cairo conference on Middle East Christianity that the rebaptism requirement was a relic of competition between the Roman and Egyptian Orthodox churches that only started when European Catholic missionaries arrived in the 1800s. 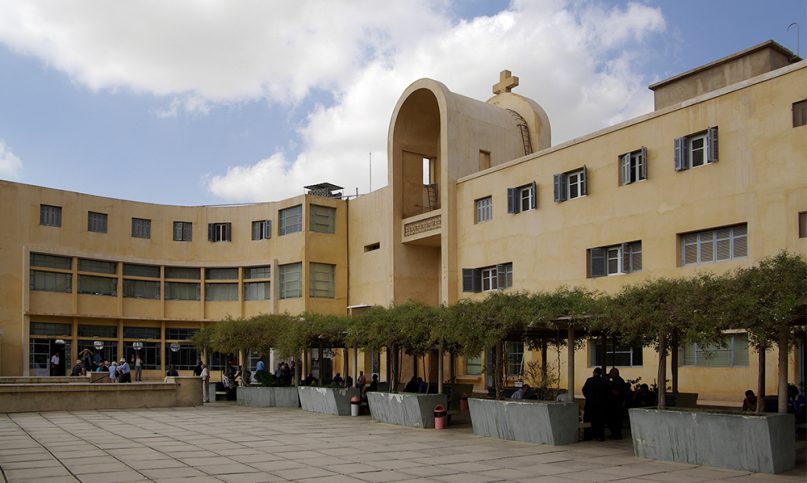 In late July, Saad had been disciplined before Epiphanius’ murder for improper use of social media, but was not suspended from orders, however, after a group of monks peers signed a petition opposing his removal.

In the immediate aftermath of the murder, Tawadros II ordered monks to deactivate all social media accounts.

“These behaviors are not true to monastic life,” said Tawadros, who also imposed a yearlong suspension on taking in new monks.

Meanwhile, Copts are mourning the loss of an important theologian.

“They are against the pope and fear the project of unity with other churches,” said Erian, the Coptic Cairo researcher. “But I say that there is no one in our Holy Synod to compare to Epiphanius in terms of knowledge and piousness. His passing is a great loss to the church.”