(RNS) — Elaine Pagels is known to readers as the author of the classic study “The Gnostic Gospels” (1979), which won both the National Book Award and the National Book Critics Circle Award, as well as other books about early Christianity such as “The Origin of Satan” and “Adam, Eve, and the Serpent.”

Her new book “Why Religion?” (Nov. 6) revisits some of those topics in the form of a memoir. As a reader and also as a former student, I was deeply moved by the book, particularly as it relates how she survived the death of her young son in the 1980s followed in short order by the shocking accidental death of her husband, the physicist Heinz Pagels.

Since I read it I have been recommending this book to many people, and apparently I’m not the only one who found it powerful: In a starred review, Publishers Weekly said that “Pagels treats readers to the examined life behind her intellectual feats with extreme grace and depth. This luminous memoir strips religion to its elementary particles: love, suffering, and mystery.”

It was fascinating to see how you weave such deeply personal events with your scholarship as someone who studies religion.

It felt like a huge risk, because scholars don’t usually write this way. But as I see it, passionate work of any kind comes from issues that matter greatly to the writer. But articulating that is a real challenge. 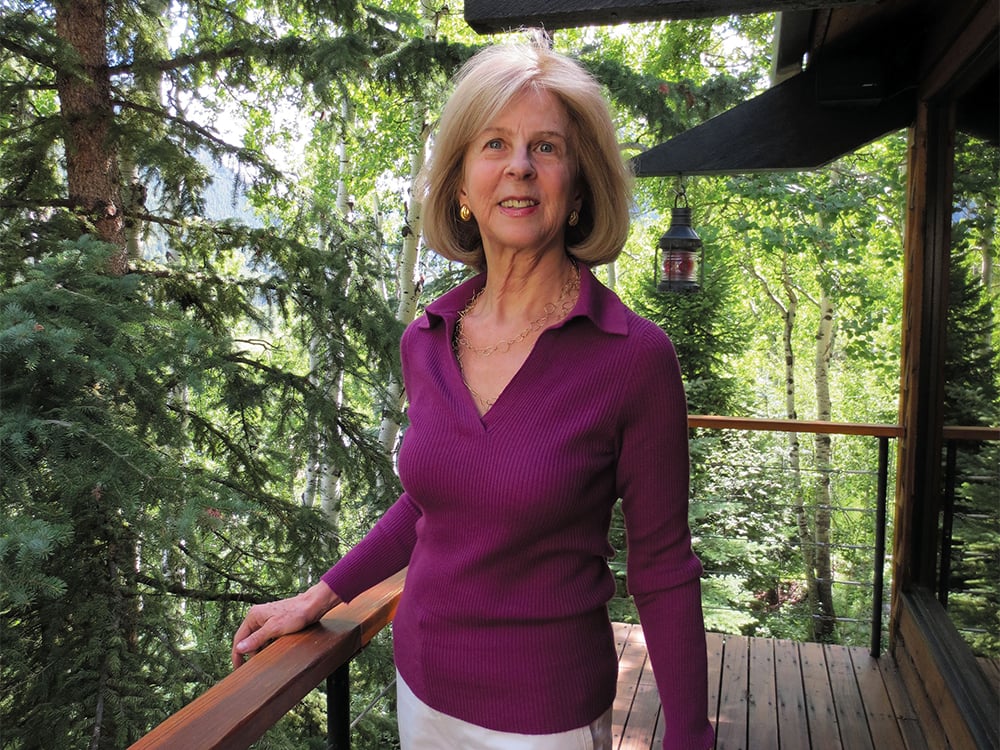 As you can see, the book on Satan started from personal events, and from the questions that people ask when they’re confronted with things they feel they can’t survive. So I realized that the work that I was doing, or the history of religion that I was writing, had become for me a kind of yoga, exploring issues that I was impelled to explore in my life, as many writers do.

It has been more than 30 years since your son and husband died, and yet you’re writing about that now. Why?

I could not have written it before since I was the only parent for two babies and had to go on. I had no time or emotional energy to focus on events that were traumatic. We protect ourselves by putting those events in the background.

After the children were in their 20s and out of the house, I needed to go back and think about what had happened. And I was also thinking about the question I’ve been asking myself since before I went to graduate school: What is this religion thing about?

You see it in the story of Adam and Eve, which I don’t believe in a literal way, but the story still plays out in how we often think about gender. These creation stories are ways that cultures communicate their fundamental attitudes about what men do, what women do, what happens when we die, all kinds of things. Those questions have been there forever.

Revisiting these personal events to write about them must have been difficult.

It’s the hardest thing I ever wrote, absolutely. Initially, I didn’t know whether I would ever publish it. But actually, writing changes the perspective. When I was talking with people at the press someone said, “Yes, but if you publish this, how will you feel if someone asks you about the death of your child?” And I responded that if I were not ready to talk about it now, I would not publish it.

The death of a child is a loss that many people who have experienced it never mention. But having written about it now, I hope it may invite other people to engage experiences that often feel unspeakable.

That’s interesting — the idea that it would be unspeakable. I was struck by the way your mother-in-law responded to the death of your husband by shutting down emotionally and no longer even speaking his name.

Pagels: I think she simply couldn’t bear it emotionally. And she was at a point in her life when she had less energy and resilience. But that’s not unusual, particularly for people of her generation.

Looking at a scene earlier in the book, you write about the excitement of discovering the secret gospels as a graduate student at Harvard but also about being sexually assaulted by your graduate adviser, New Testament scholar Helmut Koester. I’m grateful you included that story in the book. What prompted you to do so?

I almost didn’t. I thought about it carefully, yet wrote about it before the #MeToo movement started. Drew Faust, the first woman president of Harvard, had just given me an honorary degree at Harvard, and when I heard that she had set up a committee on sexual harassment, I thought about confronting Koester at that time.

I didn’t have the opportunity before he died, but I did talk to the dean in charge of depositions and discovered that there were many people to whom it had happened with the same professor and others. This was part of the story about being a woman graduate student almost anywhere in that time. I didn’t feel that I owed him any protection, since he didn’t protect any of his students.

I was fascinated by several experiences you discuss in the book, like your sense that your son was alive in the hours after his death. Was it hard to be open about those experiences?

Rather than say I’ve been open about it, I’d say that these experiences were part of the story. I wouldn’t call them mystical; I call them experiences I can’t explain, but I know that many people have them. As a physicist, my husband was much intrigued by experiences like extrasensory perception, although they couldn’t be proved scientifically.

Later, talking with a close friend who’s a poet, I asked her how she had written a beautiful poem called “Annunciation” in which Mary has an overwhelming experience of divine love. She said, “Well, it happened to me, but of course I couldn’t say that.” When I asked why not, she said, “That’s the last taboo.” How interesting — speaking about spiritual experiences as the last taboo. My writing about them may make some people think I’ve jumped off the deep end, but I can’t control what they make of it. I don’t know what to make of it myself. I wrote about such experiences because they happened and they made a powerful impression.

“The Gnostic Gospels” was published almost 40 years ago, and I was glad to see that you’re still working with some of those texts. At the end of the new book you talk about what some of the texts have to say about suffering and the experience of a spiritual dimension.