(RNS) — If one thing has been made glaringly evident from the #MeToo revelations of the past year, it’s that many women — Muslim women included — are no longer going to be patient in the wake of sexual abuse or trauma.

Muslims especially must not let tropes about rape and sexuality in Islam mask important truths.

Various hadiths (verified sayings and advice of the Prophet Muhammad) advise Muslims to err on the side of forgiveness, urging us to be patient in the face of injustice. That advice has its merit, but too many Muslims fail to remember that holding perpetrators of abuse accountable also is present everywhere in Islamic tradition and scripture.

The recent fiercely contested confirmation of U.S. Supreme Court Justice Brett Kavanaugh reminded us of the challenges facing Muslim #MeToo. A few days before the climactic hearing, Imam Zaid Shakir of Zaytuna College, a revered senior statesman of Islam in America, put his views in a Facebook post (since deleted but archived here).

The imam stated that he did not support Kavanaugh’s appointment to the Supreme Court, but instead of basing his position on the testimony of Dr. Christine Blasey Ford, he dismissed it, quoting Shariah teachings about witnesses needed to corroborate sexual assault: “Those who bring charges of sexual improprieties against chaste women, then fail to come forth with four corroborating witnesses, lash them 80 times and never again accept their testimony. Such are truly corrupt. 24:4”

At which point all hell broke loose in American Muslim communities. 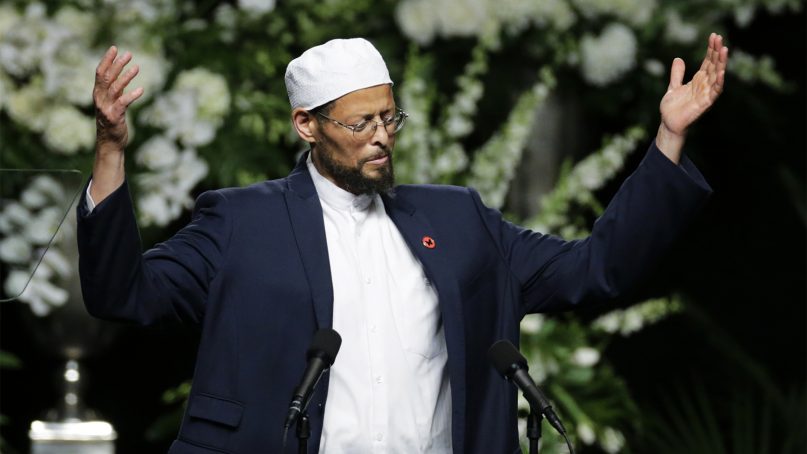 Let’s put aside for the moment the question of whether a rule revealed during the time of the Prophet Muhammad should be considered in modern times. And the fact that no one involved in the hearing was a Muslim.

The immediate, glaring problem was that the rule requiring four witnesses to prove “sexual improprieties” occurs in a part of Shariah law that concerns engaging in zina, which is consensual sex outside of marriage (considered to be haram or impermissible for Muslims). It does not apply to cases of rape, attempted rape or sexual assault.

Kind of a big mistake for a renowned scholar to make.

More troubling was the advice Imam Zaid offered at the end of his lengthy post:

“We do, however, demand that she produces corroborating witnesses. Were she to do so we would say she has a legitimate claim which we could support and rally behind. Since she has not we silently avoid voicing any opinion on the issue and if we do speak we do so with a skeptical voice. Other than that, we can pray for her and urge her to be patient.”

Wrote anthropologist Donna Auston on Twitter, “There are religious leaders out in these streets defending rape culture with legalistic double speak in ignorance of so many real-world facts about the nature of sexual assault lived reality of victims/survivors.”

There are religious leaders out in these streets defending rape culture with legalistic double speak in ignorance of so many real world facts about the nature of sexual assault lived reality of victims/survivors.

Najeeba Syeed, an associate professor at Claremont School of Theology in California, tweeted, “Using religion to induce a secondary harm is a form of dehumanization that creates permanent outsidership. There is no welcoming community after this.”

For survivors there is a whole other layer of trauma when your religious tradition is used to justify sexual violence. Using religion to induce a secondary harm is a form of dehumanization that creates permanent outsidership.There is no welcoming community after this.

The disgust and frustration with Imam Zaid’s post and its reverberations dissipated somewhat when several hours later, the imam deleted his original post and put up an apology.

“I could have framed the issue better and I again apologize for misrepresenting clear Islamic teachings, to a great or lesser extent,” he wrote. “However the precedent being established by this case is extremely dangerous, and I would argue it is not one supported by our religion.”

He went on to say he had deleted his post in part because “some sisters have been harmed, and I am not in the business of harming people. … I apologize from the bottom of my heart for anyone who has been harmed by my words.” 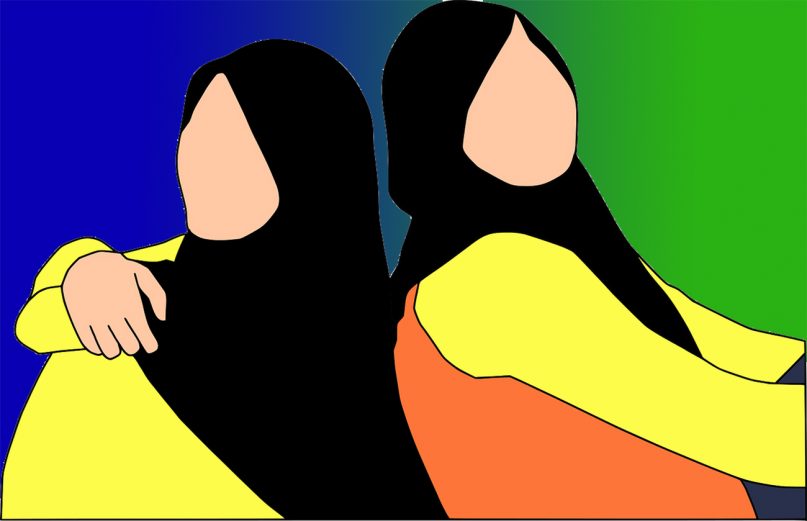 The apology satisfied some and many called for us to remember Imam Zaid’s work and sacrifice for American Muslim communities and to afford him the respect he deserves in acknowledging that he, too, makes mistakes. Others deemed it sorely insufficient.

Where you fall on this spectrum depends on how willing you are to continue to accept predominantly male scholarship’s guidance and knowledge on issues that many Muslims are grappling with in entirely new and critical ways. The standard advice from too many male Islamic scholars and leaders is to be patient and forgiving in matters of sexual trauma and assault.

The author Layla Poulos has articulated why she is done making excuses for this Muslim male scholarly viewpoint. Poulos argues we may need a “U.S. Islamic gender theology liberation movement.”

I wonder. It’s true that so many issues we are grappling with in Muslim communities would benefit from female-led inquiries into how the Quran, hadiths and Shariah practically apply to men and women in modern times. But in order to change the thinking on gendered violence and sexual trauma within an Islamic framework, this female scholarship needs to work in tandem with men.

Not least, to simply replace male with female scholarship would be to eliminate some of the compassionate and brilliant scriptural work being done by men, who should be there to help lead the change.

The question is not whether women would be ready for that. Are the men?

(Dilshad D. Ali is the editor of Altmuslim, a blog covering American Muslim communities and global Islam. The views expressed in this commentary do not necessarily represent those of Religion News Service.) 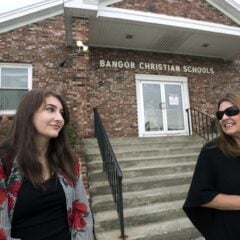