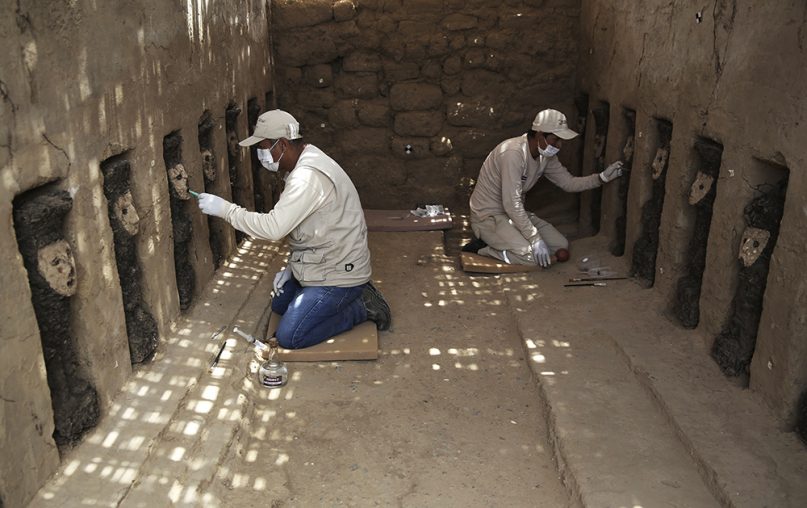 Archaeologists clean the clay masks of wooden idols that protect the entrance to a ceremonial center in the pre-Columbian adobe city of Chan Chan, near Trujillo, Peru, on Oct. 22, 2018. Peru’s Ministry of Culture presented the wooden idols as part of a series of important archaeological discoveries in the Chan Chan citadel belonging to the ancient Chimu empire who were conquered by the Incas in the late 15th century. (AP Photo/Martin Mejia) 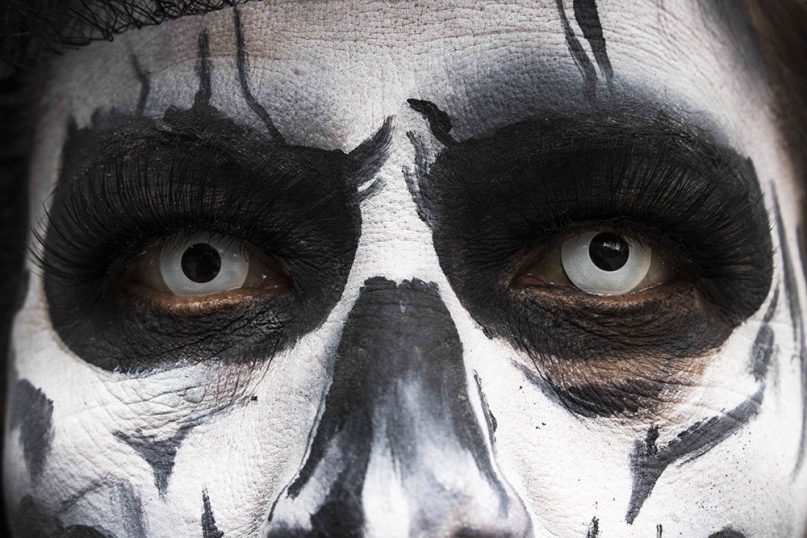 A woman dressed in a catrina costume attends the annual Catrinas Parade, part of Day of the Dead celebrations in Mexico City, on Oct. 21, 2018, which culminate with visits to the graves of departed loved ones on Nov. 1 and 2. The figure of a skeleton wearing broad-brimmed hat first appeared in a satirical engraving by artist Jose Guadalupe Posada sometime between 1910 and his death in 1913, to poke fun at women who pretended to be European by dressing elegantly and as a critique of social stratification. (AP Photo/Christian Palma) 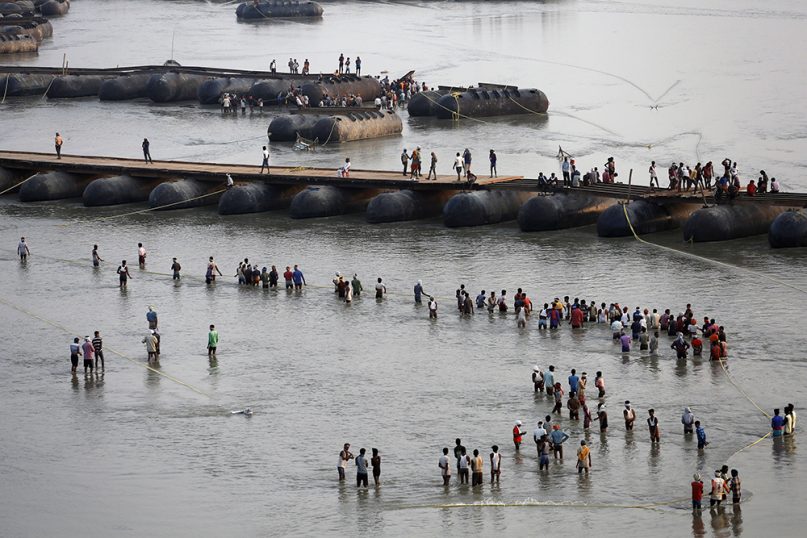 Indian laborers pull pontoon buoys with ropes in the river Ganges as they build a floating pontoon bridge over the river for the upcoming Hindu Kumbh Mela festival, in Allahabad, India, on Oct. 26, 2018. (AP Photo/Rajesh Kumar Singh) 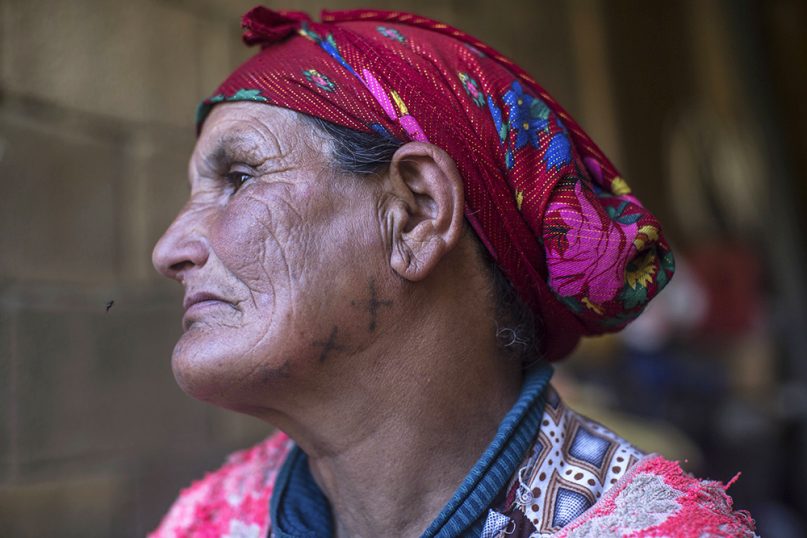 Hano Hamou Youssfi, 65, displays her face tattoo, in the Middle Atlas town of Anergui, near Azilal, central Morocco. The distinctive tribal tattoos, once given to indigenous Amazigh women in a coming of age ritual, are slowly disappearing as their bearers age and die. Observant Muslims and modern women have shunned the practice, which dates to pre-Islamic times. (AP Photo/Mosa’ab Elshamy) 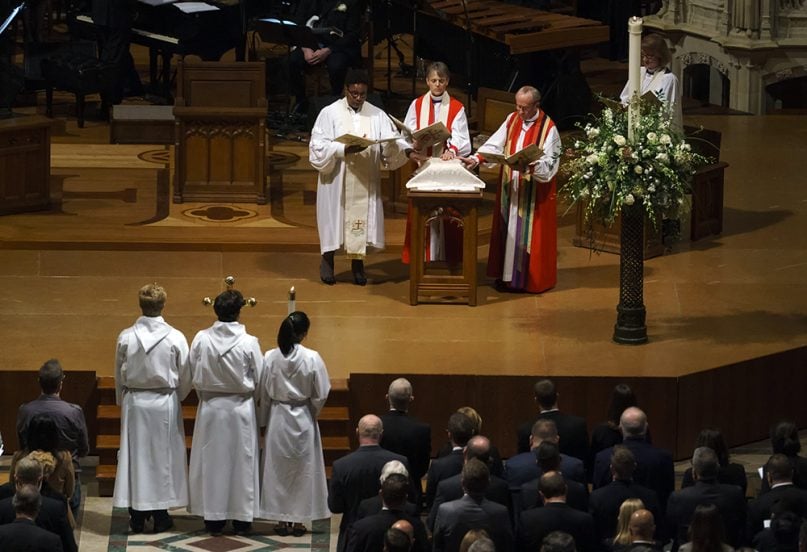 Bishop LaTrelle Easterling, the Rev. Mariann Budde, and the Rev. V. Gene Robinson (left to right) pray over Matthew Shepard’s ashes during the “Thanksgiving and Remembrance of Matthew Shepard” service before they are laid to rest at Washington National Cathedral in Washington, on Oct. 26, 2018.  Shepard’s brutal murder in the 1990s became a rallying cry for the gay rights movement. (AP Photo/Carolyn Kaster) 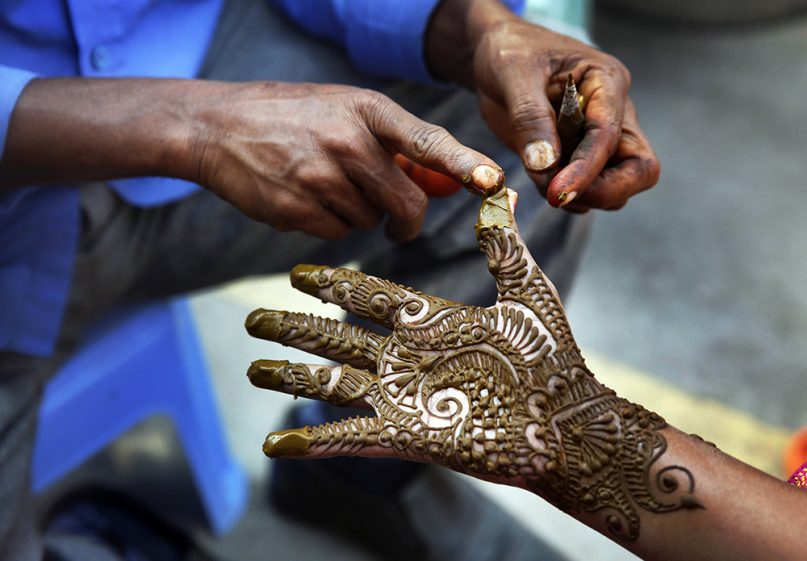 An artist applies henna designs to the hand of a Hindu woman on the eve of the Hindu festival ‘Karwa Chauth’ in Allahabad, India, on Oct. 26, 2018. On Karwa Chauth, a tradition celebrated in northern India, married women fast on  and offer prayers to the moon for the welfare, prosperity, and longevity of their husbands. (AP Photo/Rajesh Kumar Singh) Indonesian Muslim protesters shout slogans during a rally in Jakarta, Indonesia, on Oct. 26, 2018. Organizers of an Indonesian movement to promote a moderate brand of Islam canceled a mass rally after youthful supporters burned the flag of an outlawed hard-line Muslim group, sparking allegations of blasphemy. (AP Photo/Achmad Ibrahim) 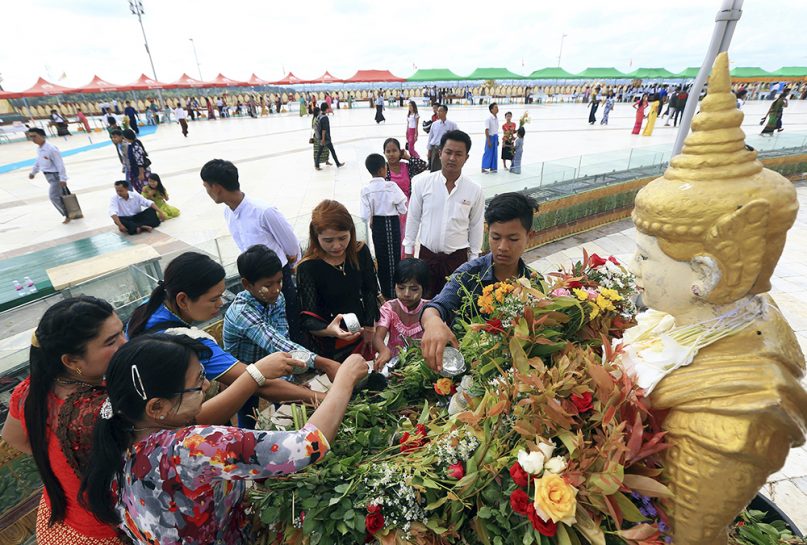 Buddhist devotees pour water on a Buddha statue at Uppatasanti Pagoda during celebrations of Thadingyut, or lighting festival, to mark the end of Buddhist Lent, on Oct. 24, 2018, in Naypyitaw, Myanmar. Thadingyut is held every year in October in Myanmar, a predominantly Buddhist country. (AP Photo/Aung Shine Oo) 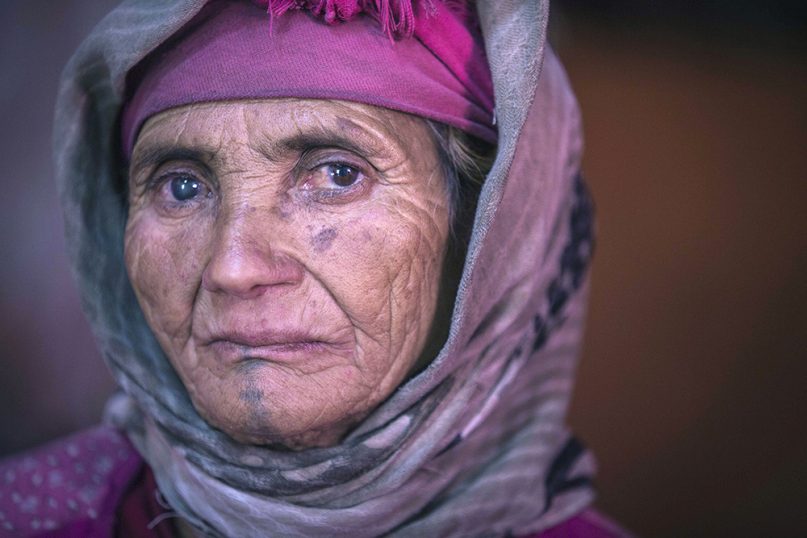 Etto Elchafai, 63, poses for a portrait displaying her face tattoo, in the Middle Atlas town of Tinguerf, near Azilal, central Morocco. The distinctive tribal tattoos that older indigenous Amazigh women acquired in a coming of age ritual are slowly disappearing as modern women have shunned the practice, which dates to pre-Islamic times. (AP Photo/Mosa’ab Elshamy) People rally in the rotunda at the Capitol in Harrisburg, Pa., on Oct. 24, 2018. Survivors of child sexual abuse by Catholic clergy and others are ramping up pressure on Pennsylvania’s Republican senators to vote on a bill to would give victims a two-year window to file lawsuits that would otherwise be beyond the statute of limitations. More than 100 people rallied at the state Capitol following the Senate’s GOP majority’s decision last week to leave Harrisburg without voting on the legislation. (AP Photo/Jacqueline Larma) 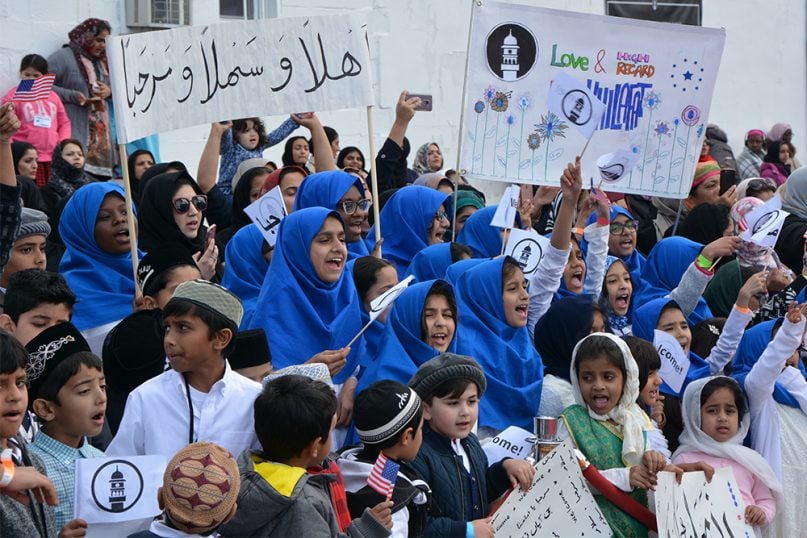 Children celebrate the arrival of Khalifa Mirza Masroor Ahmad outside a mosque in Baltimore on Oct. 20, 2018. RNS photo by Jack Jenkins 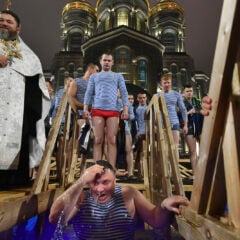 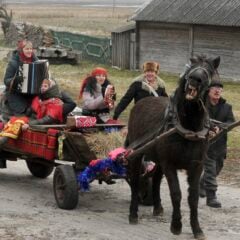 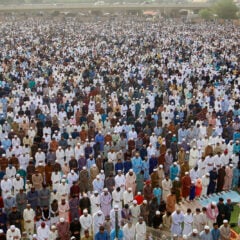 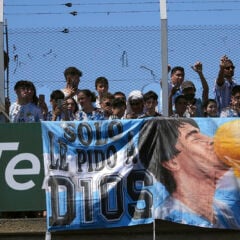