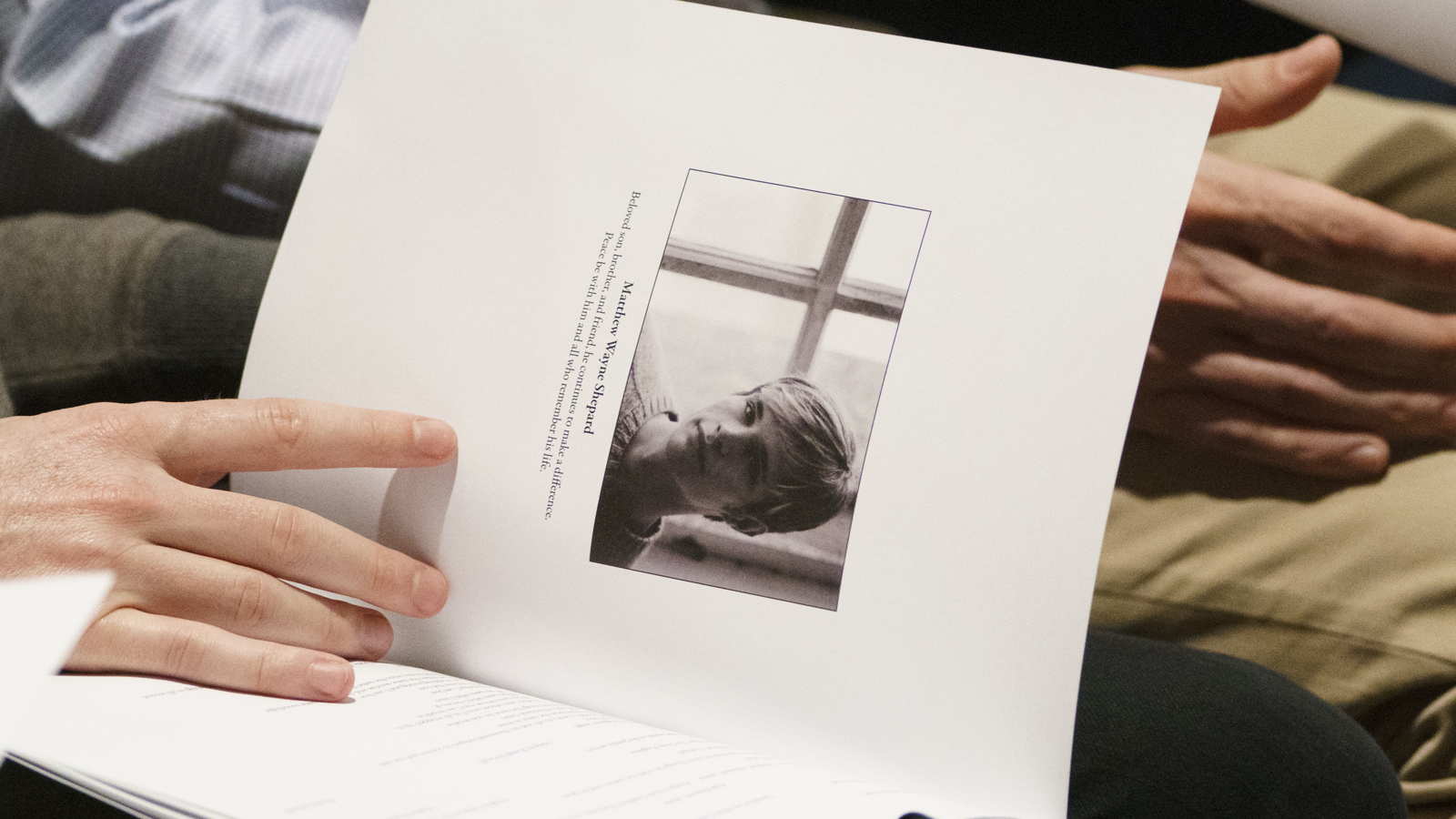 WASHINGTON (AP) — After 20 years without a permanent resting place, the remains of Matthew Shepard, a 21-year-old college student whose brutal murder in 1998 has come to symbolize the plight of the LGBTQ community in America, were interred at the Washington National Cathedral.

More than 2,000 people gathered at the Episcopal cathedral Friday (Oct. 26), the second-largest cathedral in the country, to celebrate Shepard's life, mourn his death and honor his memory.

The service offered a measure of closure for Shepard's parents who, until now, hadn't found a spot that seemed suitable or safe enough to rest their child's remains. It also provided a moment of unity and collective grieving for those in the LGBTQ community, for whom Shepard's death has for decades represented the pain and discrimination many had experienced themselves. And the setting inside the same sprawling cathedral in the nation's capital where U.S. presidents are memorialized lent to the weight of the moment as hymns, speeches, choral music and prayers for love, tolerance and equality bounced off the towering columns and sweeping arches, echoing across the nave.

Shepard was an acolyte in his local Episcopalian church, and when Bishop V. Gene Robinson, the first openly gay bishop consecrated in the Episcopal church suggested the National Cathedral as a fitting resting place for Matthew's ashes, his family agreed.

"It is so important we now have a home for Matt," he said. "A home that others can visit. A home that is safe from haters."

Shepard was found badly beaten and barely breathing, tied to a split-rail fence on a dirt road near Laramie, Wyoming. He'd spent 18 hours there in the near-freezing cold before a cyclist discovered him, at first mistaking him for a scarecrow. He died five days later. Police said his attackers targeted him because he was gay.

But Friday's interment comes at a fraught moment for the LGBTQ community in America. The Trump Administration has taken steps to restrict protections, including trying to reinstate a ban on transgender individuals in the military and rescinding guidance for schools receiving federal funding on how to treat transgender students.

Trump has also installed dozens of conservative judges and his administration, according to an article in the New York Times this week, is drafting language that would limit the definition of gender to only male or female at birth, stripping the transgender community of protection under civil rights law.

Robinson delivered the homily, at times overcome with emotion.

"I have three things I want to say to Matt," he said through tears. "Gently rest in this place. You are safe now. And Matt, welcome home."

The undercurrent of his address was political: He implored the audience to "go vote," and told them simply honoring Shepard's memory isn't enough.

He spoke of James Byrd, the African American man who was dragged to death behind a pickup truck by three white supremacists and whose name is on the same hate-crime law as Shepard's.

"Violence comes in many different forms," Robinson said, "and right now, the transgender community is the target. There are forces about who would erase them from America, deny them the right they have to define themselves. And they need us to stand for them. That's the kind of transformation today makes possible: that we see the bigger picture."

Some attendees wiped away tears. Some held hands and comforted each other.
Nicole Murray Ramirez, an LGBTQ activist, traveled from San Diego for the service.

Seeing Shepard put to rest in such a historic space felt cathartic, he said.

"How wonderful in such a historic cathedral, that has been a place of so many memorial celebrations and funerals, that Matthew, a young gay man, deserved and earned that honor and respect from the nation."

But Ramirez said the fight is far from over, and he worries about the tenor of the national conversation surrounding the LGBTQ community.

"These are difficult times," he said, "I fear more Matthew Shepards."