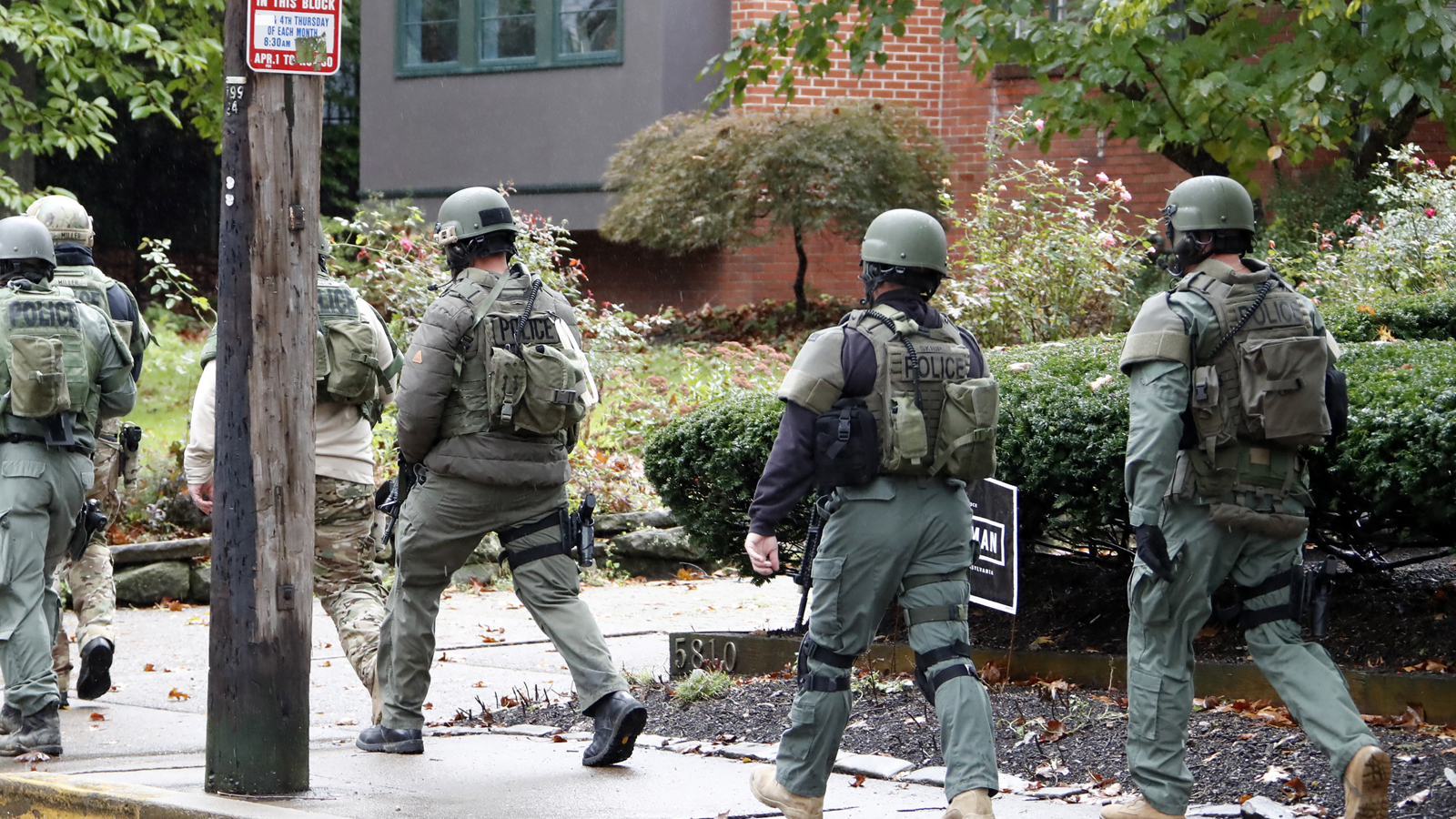 PITTSBURGH (AP) —Police said a suspect was in custody after a shooting caused "multiple casualties" at a Pittsburgh synagogue.

A law enforcement official has identified the suspect in a shooting at a Pittsburgh synagogue as Robert Bowers.

The official said Bowers was in his 40s.

The synagogue is about 10 minutes from downtown Pittsburgh in a neighborhood that is the hub of Pittsburgh's Jewish community.

Police spokesman Chris Togneri said police have no more information at this time because they were still trying to clear the building and determine if any more threats exist.

Pittsburgh Mayor Bill Peduto said all residents of the neighborhood are required to stay inside their homes until further notice.

Jeff Finkelstein of the Jewish Federation of Greater Pittsburgh told WPXI that organization's security officer has notified all JCC synagogues and that they are on modified lockdown.

President Trump said he was monitoring the shooting. In a tweet, Trump encouraged people to shelter in place and said "looks like multiple fatalities."

"We must all pray and hope for no more loss of life," Wolf said. "But we have been saying 'this one is too many' for far too long. Dangerous weapons are putting our citizens in harm's way."

The synagogue is a fortresslike concrete building, its facade punctuated by rows of swirling, modernistic stained-glass windows illustrating the story of creation, the acceptance of God's law, the "life cycle" and "how human-beings should care for the earth and one another," according to its website. Among its treasures is a "Holocaust Torah," rescued from Czechoslovakia.

Finkelstein said local synagogues have done "lots of training on things like active shooters, and we've looked at hardening facilities as much as possible."

Just three days before the shooting, Rabbi Jeffrey Myers posted a column on the congregation's website, noting that people make time to attend funerals, but not for life's happy occasions.

"There is a story told in the Talmud of a wedding procession and a funeral procession heading along parallel roads, with the roads intersecting," Myers wrote on Wednesday. "The question asked is: when they meet at the fork, which procession goes first, funeral or wedding? The correct answer is wedding, as the joy of the couple takes precedence. In fact, the funeral procession is to move out of sight so that their joy is not lessened."

Myers ended his column with words that now seem all too prescient.

"We value joy so much in Judaism that upon taking our leave from a funeral or a shiva house, the customary statement one makes (in Yiddish) is 'nor oyf simches' - only for s'machot," Myers wrote. "While death is inevitable and a part of life, we still take our leave with the best possible blessing, to meet at joyous events. And so I say to you: nor oyf simches!"