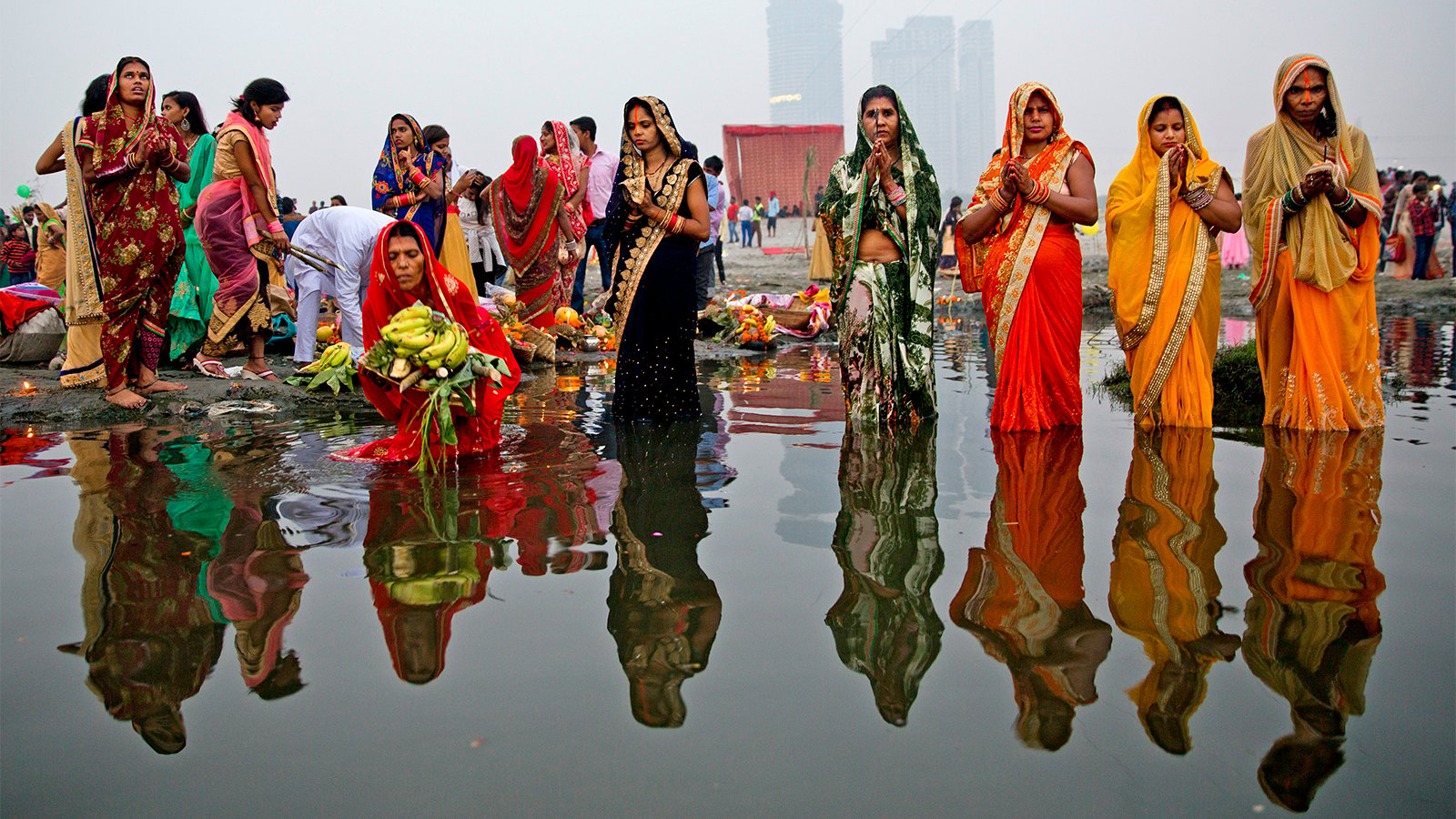 Hindu devotees pray to the Sun god as they stand in knee deep waters of the River Yamuna during Chhath Puja festival in New Delhi, India, on Nov. 13, 2018. During Chhath Puja, an ancient Hindu festival, rituals are performed to thank the Sun god for sustaining life on Earth. (AP Photo/Altaf Qadri)
November 16, 2018
Kit Doyle 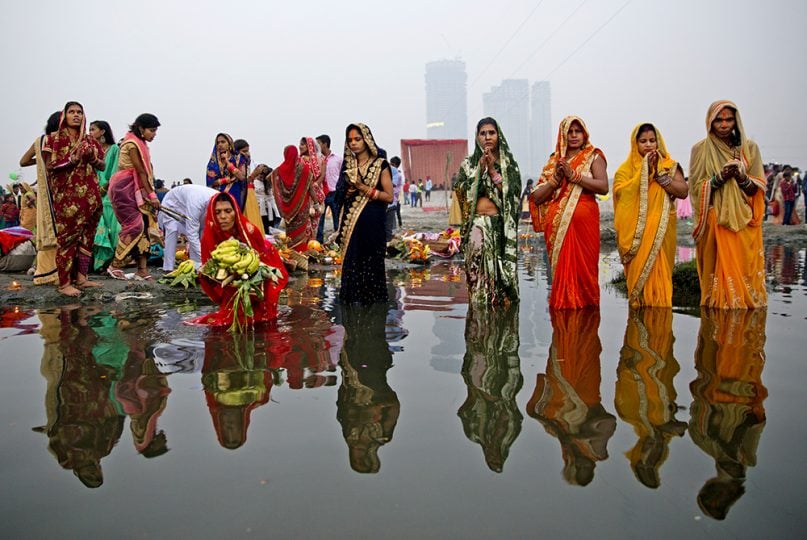 Hindu devotees pray to the Sun god as they stand in the River Yamuna during Chhath Puja festival in New Delhi, India, on Nov. 13, 2018. During Chhath Puja, an ancient Hindu festival, rituals are performed to thank the Sun god for sustaining life on Earth. (AP Photo/Altaf Qadri) 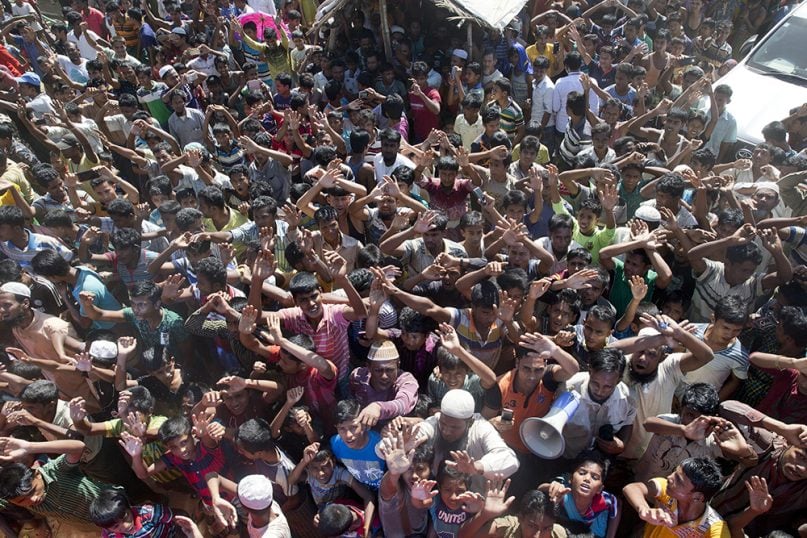 Rohingya refugees shout slogans during a protest against the repatriation process at Unchiprang refugee camp, near Cox's Bazar, in Bangladesh, on Nov. 15, 2018. The head of Bangladesh's refugee commission said plans to begin a voluntary repatriation of Rohingya Muslim refugees to their native Myanmar were scrapped after officials were unable to find anyone who wanted to return. (AP Photo/Dar Yasin) A rabbi arrives at the Rykestrasse synagogue in the Prenzlauer Berg district in Berlin, on Nov. 9, 2018 for an event commemorating the Night of Broken Glass in 1938, in which Nazis burned and vandalized synagogues and Jewish businesses across the country and killed more than 400 people. (AP Photo/Markus Schreiber) 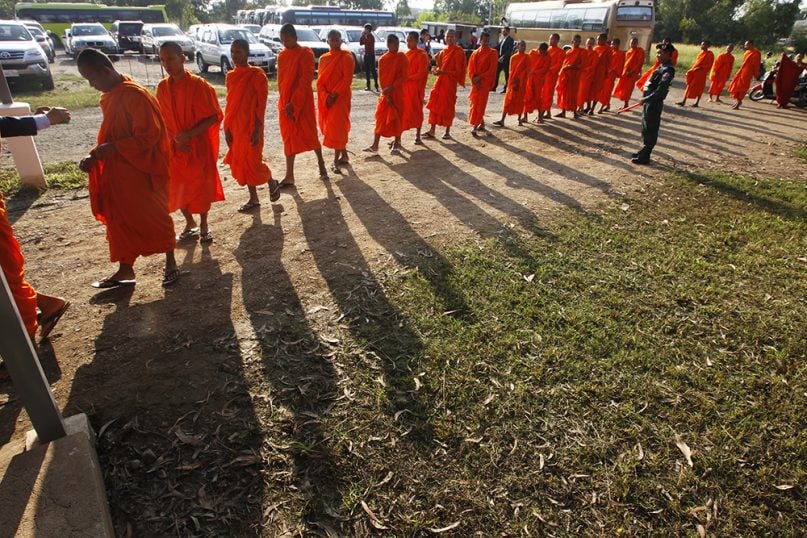 Cambodian Buddhist monks wait to enter a hearing against two former Khmer Rouge leaders at the U.N.-backed war crimes tribunal near Phnom Penh, Cambodia, on Nov. 16, 2018. The tribunal, which judged criminal responsibility for the deaths of an estimated 1.7 million Cambodians, issued guilty verdicts Friday in the latest — and perhaps last — of such trials. (AP Photo/Heng Sinith) 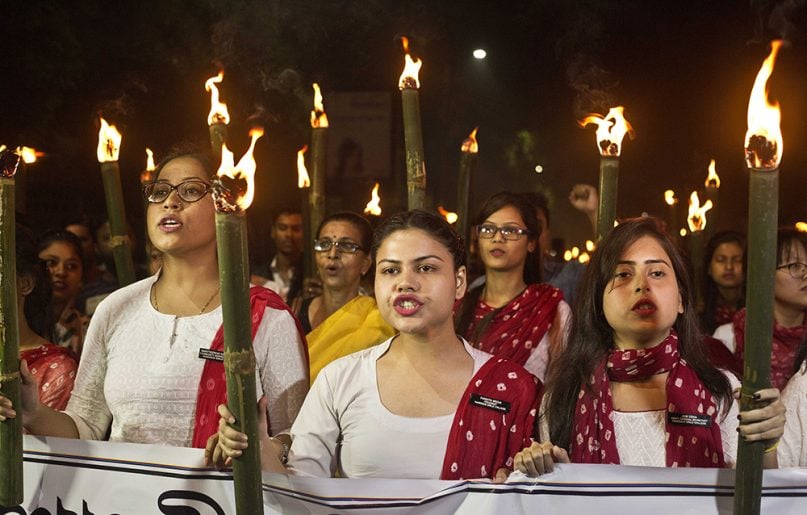 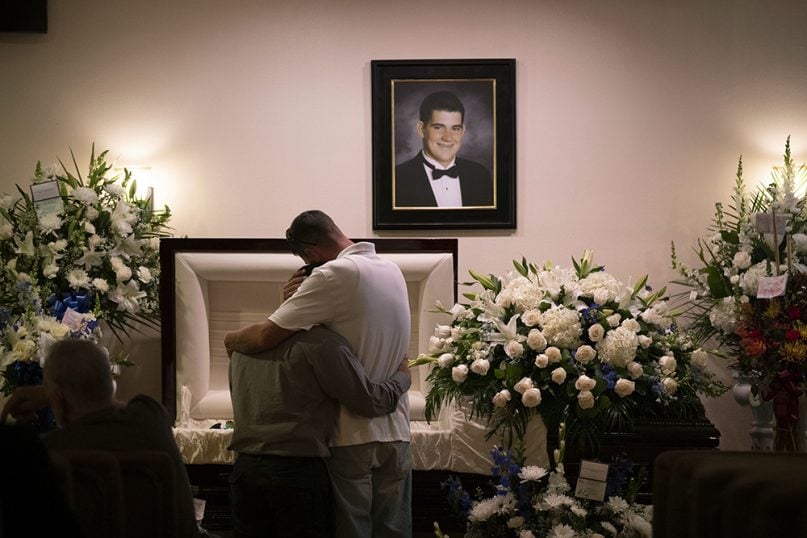 Jason Coffman, right, father of Cody Coffman, is comforted by Anthony Ganczewski at a funeral service for his son on Nov. 14, 2018, in Camarillo, Calif. Cody Coffman was among a dozen people killed in a Nov. 7 shooting at a country music bar in Thousand Oaks, Calif. (AP Photo/Jae C. Hong) 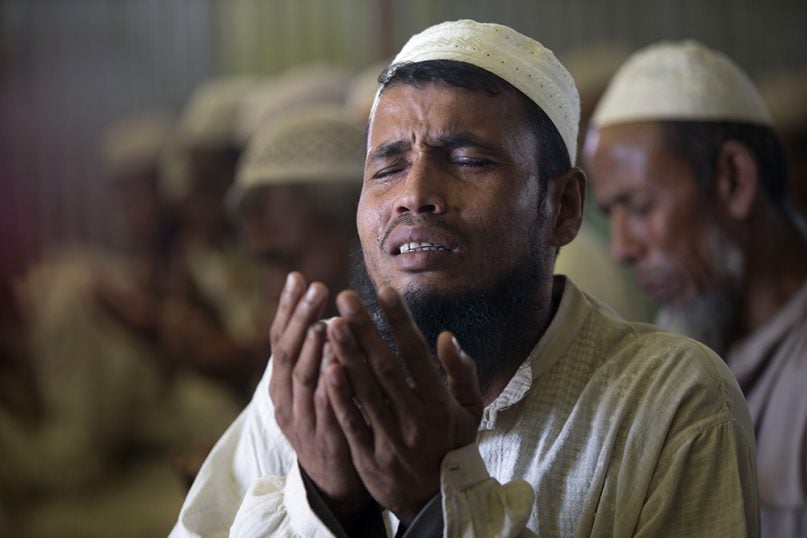 A Rohingya refugee at Unchiprang refugee camp near Cox's Bazar, in Bangladesh, cries as he prays with others at a mosque as government officials postponed plans to begin repatriating residents to Myanmar, on Nov. 16, 2018. (AP Photo/Dar Yasin) 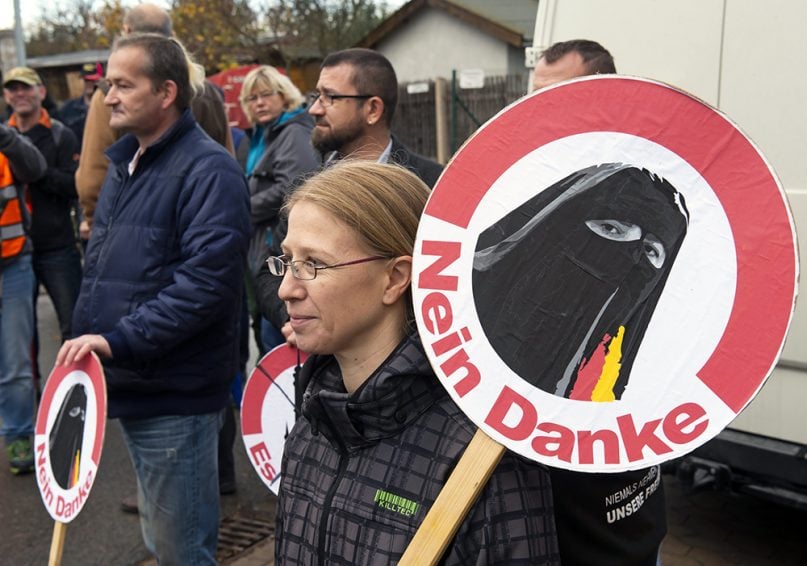 People in Marbach near Erfurt, Germany, protest at a ceremonial laying of the foundation stone for the new Ahmadiyya Muslim mosque on Nov. 13, 2018. The words at the banner read: 'No thanks'. It's the first new construction of this kind in the eastern German state of Thuringia.  (AP Photo/Jens Meyer) 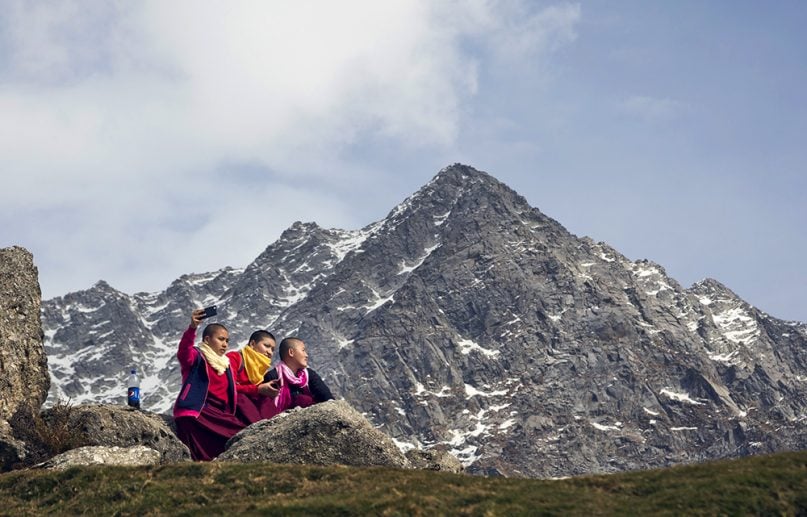 Tibetan Buddhist nuns take photographs together against the backdrop of the Dhauladhar range at Triund, a popular hiking destination in Dharmsala, India, on Nov. 11, 2018. (AP Photo/Ashwini Bhatia) 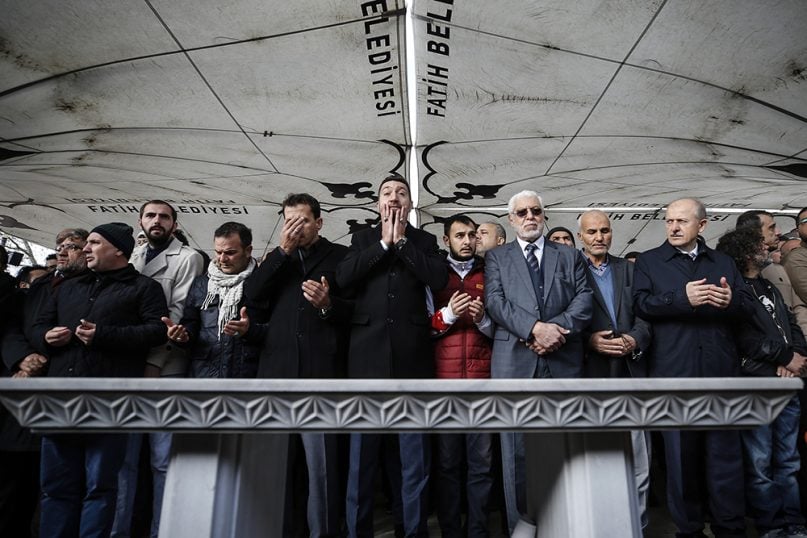