DALLAS (RNS) — A born-again Christian’s crusade to find oil in Israel may be ending, after 35 years, with a dry hole.

The publicly traded company, which has spent more than $150 million of investors’ money looking for petroleum in the Israeli sands, said it had only enough remaining money to continue operating through the end of January.

Should the end of January mark the end for Zion Oil & Gas, it will close a fateful chapter in the faith journey of Brown. He claims to have been saved by Jesus in 1981, when he was a tool company executive in Michigan, his marriage was on the rocks and his drinking was out of control.

“I had been hospitalized for alcoholism four times, but God changed my life dramatically when I accepted Jesus Christ as my personal Savior,” he wrote in an online history of Zion Oil & Gas.

That year, he said, Jim Spillman, an evangelical Christian author, visited Michigan and convinced Brown that the Bible prophesied something few geologists believed, and no working wells affirmed: that Israel was sitting atop an ocean of oil. 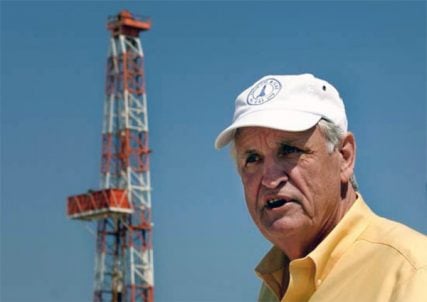 By finding and extracting it, he said, he could transform the fortunes of the ancient Holy Land.

Oil has never been found in commercially viable quantities in Israel. The few biblical mentions of “oil” are generally thought by religious scholars to refer to olive oil.

Brown, however, was undeterred by the shortage of exegetical or physical evidence.

“God’s faithful,” he said in a promotional video on the company’s website. “He says it’s going to happen.”

Among other biblical passages, he cited Genesis 49:25 as a reason for starting Zion Oil & Gas:

Then there’s Deuteronomy 8:9, promising God’s faithful “a land where bread will not be scarce and you will lack nothing … ”

“It says the land will not lack anything,” Brown said in a 2013 interview. “Well, oil is anything, right?”

The November announcement of disappointing results from Zion’s Megiddo Jezreel No. 1 well in northern Israel was the culmination of a difficult year for Zion Oil & Gas.

In July, the company disclosed in a regulatory filing that it was under investigation by the U.S. Securities and Exchange Commission and that it had been served in the previous month with a subpoena to produce documents to the SEC.  The SEC does not comment on pending investigations. Zion, while pledging to “fully cooperate with this investigation,” has not revealed details of the SEC inquiry.

The disclosure of an SEC investigation was followed by at least four lawsuits by Zion shareholders. Those lawsuits allege, among other things, that the company had made false or misleading statements and that some of its top executives were “improperly over-compensated.”  In 2017, Brown, Zion’s founder and chairman, received total compensation of $632,419 — including salary, bonuses and stock options — according to Zion’s public filings.

Then, in September, Zion’s second most prominent officer resigned. Victor G. Carrillo, a former member of the Texas Railroad Commission, the elective agency that regulates the energy industry in Texas, was Zion’s CEO, reaping $448,902 in total compensation in 2017, according to the company’s filings.

He denied that his departure was related to the SEC inquiry.

“I believe that God led me to Zion,” he said in an Aug. 31 letter to Zion’s employees. 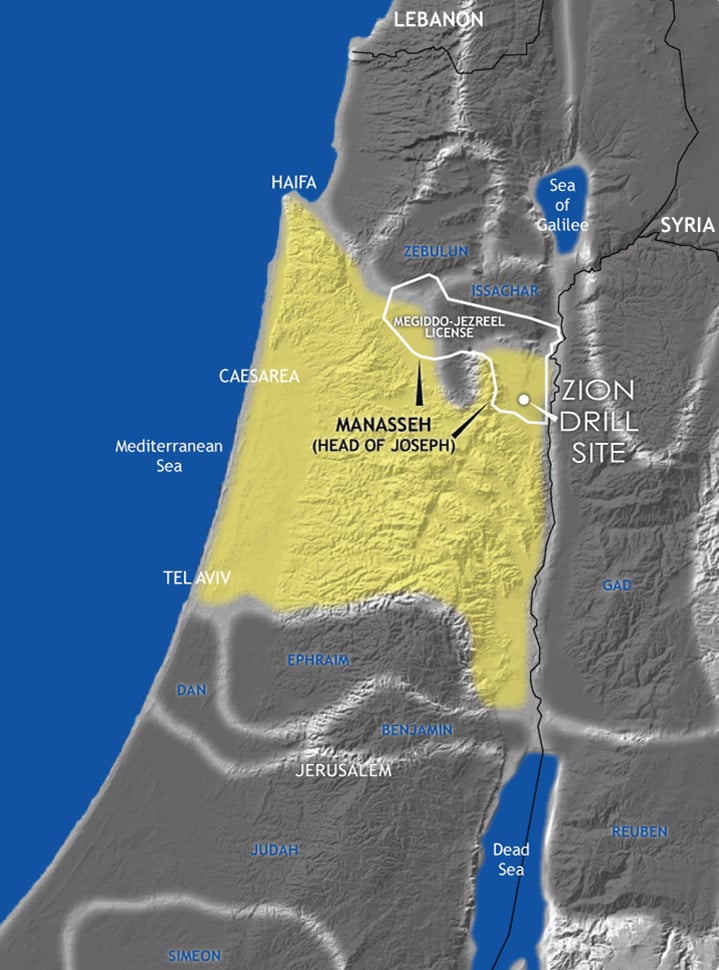 Carrillo’s holy mission, he said, was in part to guide the drilling of the Megiddo Jezreel No. 1 deep well, and “that goal having now been accomplished, it is time for me to move on to pursue other personal interests.”

Carrillo, now listed as a director of a different oil exploration and production company based in Irving, Texas, did not respond to a telephone request through that company for comment.

In the aftermath of Zion’s announcement that its Israeli well was a commercial bust, some of the company’s supporters — financial and religious — say they’re disappointed, but not downhearted.

“I’m still supportive of them,” said James McClelland, a certified public accountant in Shreveport, La. He said he’ll lose about $7,000 he’s invested in Zion if the company goes belly up — although, he added, he made “a few thousand dollars” more than that when he sold some shares at a profit, back when the company’s stock price was peaking.

“Like everyone else, I’d like to make a buck on this,” McClelland said. “But I know God does things in his own timing. As a Christian, if I can do something pleasing to God by helping a company that supports Israel, if I can be a blessing to Israel, then I’m doing what God wants. If I lose, I lose.”

He said he bore no animosity toward Brown or the rest of Zion’s management.

He did not respond directly to emailed questions, instead referring an RNS reporter to a “frequently asked questions” page on the company’s website.

Regarding the SEC investigation, the web page stated that Zion “had no formal or informal communication with the SEC” until the company received the regulators’ subpoena on June 21, 2018.  It added: “The SEC has asserted no accusation of wrongdoing nor have they expressed any negative opinion of any person within Zion.”

The FAQ page called the outstanding shareholder lawsuits “frivolous and without merit,” the handiwork of “a number of law firms who … are soliciting clients.” Zion, it said, “will wage a vigorous defense” against the civil claims.

In response to the question “Is Zion Oil a scam?” the page said in full:

“Zion has been a publicly reporting company since 2007 whose stock has been listed on Nasdaq since 2009, in which time it has filed, as required, audited annual reports on Form 10-K and quarterly reports on Form 10-Q, in compliance with all relevant SEC and Nasdaq rules. We would ask that you refer to those filings to help answer any questions you may have about Zion.”

If the end is nigh for Zion Oil & Gas, it’s not apparent from the company’s latest solicitation for new investment – intended, Zion said, to raise a total of $10 million by Jan. 23.

On Dec. 7, the company announced a new offering of $250 “units,” each redeemable for 250 shares of common stock plus 250 exercisable “warrants.” Buyers have the right to sell those warrants at market value through Feb. 25, 2020.

“The vision of Zion Oil & Gas remains to help Israel become energy independent, and in doing so, use Zion’s projects as a platform to share the gospel of Jesus Christ worldwide,” said a company news release.

Summey did not respond to a question about how many of the $250 units have been sold to date.