JERUSALEM (RNS) — Rena Quint, who survived the Holocaust as a child, spent much of this week leading up to International Holocaust Remembrance Day (Jan. 27) speaking to groups about her traumatic early years and the rewarding life she has led since.

“This week alone I’ve been to Yad Vashem four times,” Quint said, referring to Israel’s national Holocaust center. “I spoke to a group of Catholic bishops, an American group, a Birthright group from Chile and an educators group from New Zealand. I told them my personal story, that I believe very strongly in God and the importance of Israel as a Jewish homeland.”

In the continuing fight to educate the world about the Holocaust and anti-Semitism and to honor the millions who were slaughtered, survivors like the 82-year-old Quint are a vanishing resource. As the youngest remaining witnesses reach their 80s, their inevitable disappearance weighs heavily on Holocaust educators, who believe there is nothing more effective and moving than face-to-face testimonies.

“I don’t like to speak of the day when there won’t be any more survivors,” said Shulamit Imber, pedagogical director of Yad Vashem’s International School for Holocaust Studies. “My parents are survivors and I hope they will live many more years.”

Even so, Imber said, “we ask ourselves what we will do when the survivors are no longer here. To answer that, first we must identify what survivors offer us and what we learn from them.” Rena Quint, who survived the Holocaust as a young child, often speaks to groups about her experiences during and after the Holocaust. RNS photo by Michele Chabin

Quint was 3 1/2 years old in 1939, when the Nazis herded her family into a ghetto in central Poland.

Later, her mother and brothers were murdered at the Treblinka extermination camp. Someone managed to reunite Quint with her father in a slave-labor camp and he kept her alive by disguising her as a boy until he was sent to the Buchenwald concentration camp, where he was killed. By the time the Allies liberated her at the Bergen-Belsen concentration camp in 1945, when she was 9, she was the only surviving member of her family.

“To hear that 6 million Jews were murdered is overwhelming. To hear one story from someone who lived through the Holocaust makes a very strong impression,” she said.

While Yad Vashem has thousands of survivor testimonies in its archives, the importance of in-person survivor testimonies goes beyond anecdotal evidence, Imber said. In surveys, teachers who have participated in Yad Vashem’s multiday Holocaust education seminars listed face-to-face encounters with survivors as the most effective part of the program.

“You watch the survivors’ body language, see their eyes. They answer your questions and share their lives. They are moral authorities. They lived through the experience. You want to embrace their commitment to the memory of the Holocaust. There is nothing comparable to having them in the same room with you.”

The race against time has prompted Yad Vashem to create a contextual kind of filmed testimony, in recent years, in which survivors travel to their hometowns in Europe and to the places where they experienced the Holocaust most acutely.

“These are very powerful films,” Imber said. The survivors “go through a kind of journey. They are seeing and touching the homes they once lived in, a world that was lost. Something happens there, beyond the testimony.”

Yad Vashem is also actively encouraging teachers to use its extensive archive of diaries by Holocaust victims, many of whom did not survive the war.

“Everyone knows about Anne Frank’s diary but there are thousands more, translated into many languages,” she said.

In one such diary, Moshe Flinker, a young refugee in Belgium, dreams of becoming “a Jewish statesman in the Land of Israel” years before Israel’s establishment in 1948. But he sadly acknowledges that it would “take a miracle” to free the Jewish people from the grips of the Holocaust. 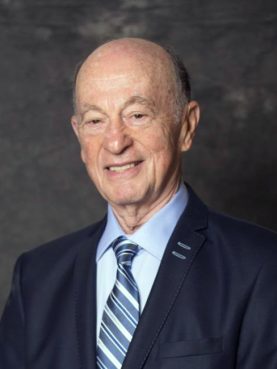 Sol Nayman, who was imprisoned in a Soviet slave labor camp during the Holocaust, fears the day there will be no  survivors left to tell their stories. Photo courtesy of Sol Nayman

Flinker and his parents perished in Auschwitz.

Sol Nayman, who was imprisoned in a Soviet slave labor camp when he was a child, fears the day there will be no Holocaust survivors left to tell their stories.

“There are fewer and fewer of us every day,” he said. “Our responsibility as witnesses is to educate young people about the Holocaust who can bear witness.”

Nayman, 83 and a longtime resident of Toronto, believes survivors also have a lot to teach about resilience.

“We went from death to life. We created families, we created homes, institutions, schools, great thinkers, great artists. We helped to create Israel. That is the strength of the Jewish people.”

Quint, who has nearly 50 grandchildren and great-grandchildren, said much of her resilience is rooted in her faith.

“The people I speak to want to know how I can have such a positive attitude. They ask me how I can be so normal. I believe very strongly in God,” she said.

Quint believes the value of relating her experience can go beyond understanding the Holocaust. Her listeners, she said, are often able to internalize the lessons she tries to convey by applying them to their own lives.

“Once, in South Africa, the warden of a woman’s prison asked me to speak to the prisoners. He told me that the women lose hope in prison. They wonder how, after being released, they can ever create a home, find a job, have a family.

“He wanted me to tell them that if I could make a good life after what I experienced, they can, too.”