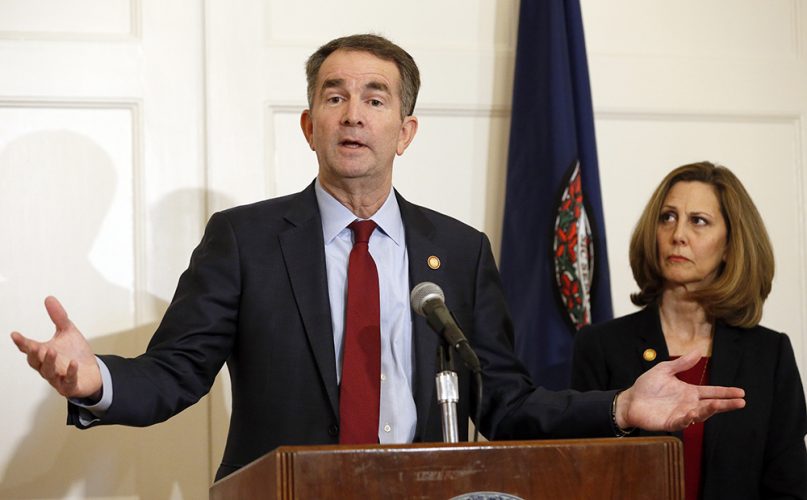 Virginia Gov. Ralph Northam, left, accompanied by his wife, Pam, speaks during a news conference in the Governor’s Mansion in Richmond, Va., on Saturday, Feb. 2, 2019. Resisting widespread calls for his resignation, Northam on Saturday vowed to remain in office after disavowing a racist photograph that appeared under his name in his 1984 medical school yearbook. (AP Photo/Steve Helber)

The ultimate goal of church discipline — the methods by which a congregation addresses and corrects improper behavior among its members — should properly be aimed at making the person and the ones harmed whole again.

That does not mean, however, that there are no consequences for our sins and failings — as Virginia Governor Ralph Northam has learned recently.

A yearbook photo from 1984 recently surfaced, allegedly showing Northam dressed in blackface — makeup done in a caricature of black features originally used during the Jim Crow era to reinforce harmful stereotypes and poke fun at people of African descent.

At first, Northam admitted that he was in the photo.

Then he denied it but admitted that he once put shoe polish on his face when he dressed up for a Michael Jackson dance contest.

The admission that Northam had used blackface elicited immediate calls for his resignation. 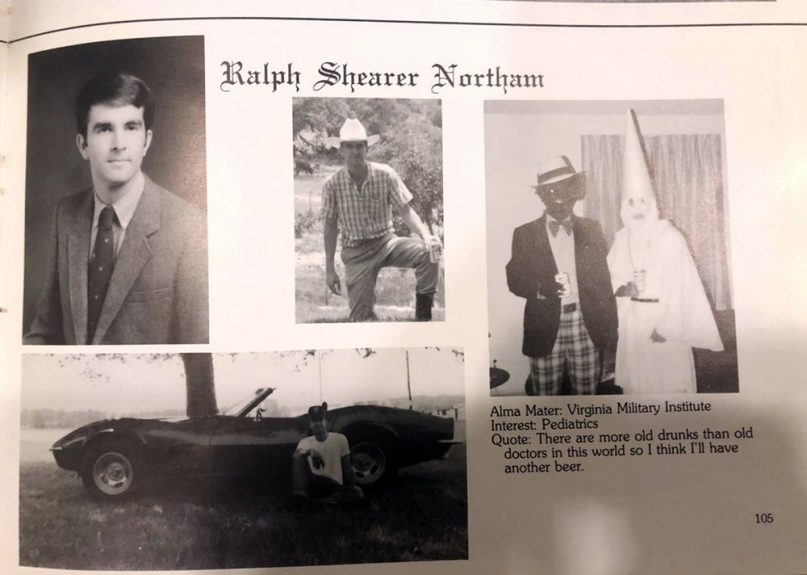 This image shows Virginia Gov. Ralph Northam’s page in his 1984 Eastern Virginia Medical School yearbook. The page shows a picture of a person in blackface and another wearing a Ku Klux Klan hood next to different pictures of the governor. It’s unclear who the people in the picture are, but the rest of the page is filled with pictures of Northam and lists his undergraduate alma mater and other information about him. (Bob Brown/Richmond Times-Dispatch via AP)

Others have advocated for leniency and understanding, citing the fact that it was more than 30 years ago, and he seems to have changed his views. Although Virginia’s Congressional Black Caucus has not rescinded its calls for his resignation, leaders said they were willing to work with Northam on policy solutions to racial inequity.

Gov. Northam’s history of racism does not place him beyond redemption.

It may, however, put him out of office.

The goal of restoration does not mean a person does not face negative consequences for breaches of trust. It simply means that the final word on a person’s humanity should not be based solely on the worst act he or she has ever committed.

Ultimately, the citizens of the state of Virginia have to decide whether they want Northam to continue in his role as governor or step down — a choice made more complicated by the fact that his immediate successor, Justin Fairfax, has been accused of sexual assault, and the next person in line, Attorney General Mark Herring, also admitted to dressing in blackface.

As the debacle in Virginia unfolds, Christians have an opportunity to examine their own individual and institutional histories in order to bring their own stories of racism to light.

What would a yearbook audit of today’s prominent Christian leaders reveal? Have megachurch pastors, seminary presidents, committee heads, authors, professors, missionaries or theologians painted their faces black in a degrading pantomime of black people? Have they associated with people who flaunt racial bigotry? Do they have embarrassing racist incidents that they hope no one discovers?

Given the close associations with segments of the American church and racism, the answer to these questions is almost certainly “yes.”

The move with the most integrity would be for Christian leaders, especially those with large public platforms, to proactively admit the places where they got it wrong on race and commit to anti-racist action right now. 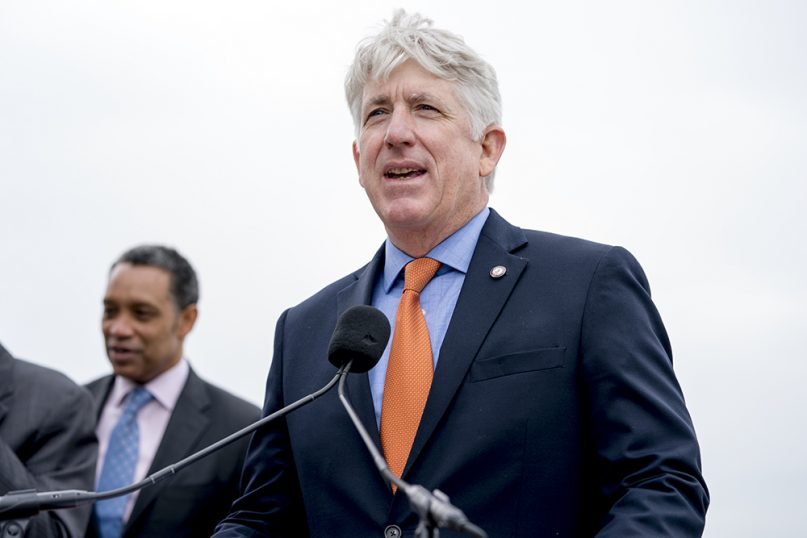 Four days after the revelation about Northam, Herring came forward to admit that he had dressed in blackface while an undergraduate student at the University of Virginia in 1980. As a result, he resigned a committee chairmanship but remains attorney general for the moment.

Whether Herring’s admission stemmed from genuine regret or from political pragmatism may never be apparent. What his admission does say is that leaders can voluntarily come forward with the truth about their past racist actions to offer apology and repair.

Some Christian churches and individuals have already begun revealing their own racist histories.

Many other statements and resolutions have been offered by various denominations and Christian entities.

More remains to be done. Admitting wrongdoing is only the first step. Tangible efforts to fix the broken trust between people of different races must follow.

For some Christians, concrete anti-racist action might entail stepping down from a leadership position in light of past racist actions. In some cases, the trust between the leader and her or his follows is so great that the person cannot continue in the role. In other cases, Christian institutions might need to change the names of buildings on campus or rename endowed chairs. They may commit to training all of their staff to understand implicit bias or amend their practices to ensure that several racial and ethnic minority candidates are interviewed whenever top-level positions open up.

More broadly, recompense for racism should extend beyond the walls of a church or a Christian organization. From the colonial era to the present, America has never relinquished its grip on racism. Christians who genuinely want to atone for any personal acts of racism must focus on dismantling racial inequality as it persists across systems and society.

Christians should be at the forefront of advocating for voting rights for all people and rejecting any measures that make it more difficult for the poor and racial or ethnic minorities to get to the polls. Christians can aid efforts to reform the criminal justice system that incarcerates black women and men at much higher rates than white people. And followers of Christ can be the first to denounce xenophobia and racism from political leaders even when the toxic rhetoric spews forth from the White House itself.

In his 1963 “Letter from a Birmingham Jail,” Martin Luther King Jr. wrote, “So here we are moving toward the exit of the twentieth century with a religious community largely adjusted to the status quo, standing as the tail-light behind other community agencies rather than a headlight leading men to higher levels of justice.”

When it comes to racism, too often churches lag behind the rest of society instead of leading the way toward equality. Why should it be the case that corporations, entertainment industries, and professional sports make more headway in eliminating racial inequality than churches do?

Governor Northam’s incident with racist tropes provides Christians with the opportunity to self-audit for incidents of racism.

People who believe in spiritual redemption can readily acknowledge their own racism and work to heal both the interpersonal and institutional harm they have done.

Christians have the opportunity to demonstrate that it does not take an anonymous tip about a past racist action to initiate confession and repentance for racism.

(Jemar Tisby is a Christian, historian, writer and speaker. His first book, “The Color of Compromise: The Truth about the American Church’s Complicity in Racism,” was just published by Zondervan. The views expressed in this commentary do not necessarily represent those of Religion News Service.) 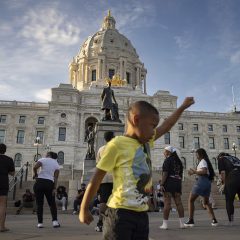