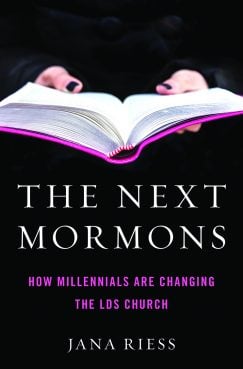 The research I’ve been working on for the last three years is now a book: The Next Mormons: How Millennials Are Changing the LDS Church, which released a few days ago from Oxford University Press. Hooray! I’m very proud of the book and grateful to all the people who helped to make it happen.

(And before I forget, my publicist wants me to tell you that I’m doing two book talks/signings this week while I am in Utah:

What has become clear in the course of this research is how much more research needs to be done, and how many questions Ben and I still have about Mormons and former Mormons. So this book is not the end, not by a long shot.

What is also clear, already, is how polarizing this research is. Just as an example, this morning when I added the above link to Amazon I saw that four early bird readers posted reviews over the weekend (thank you, readers, for taking the time to do this, however you felt about the book).

Two gave it five stars, and two gave it one star. Nothing at all in the middle.

The reviews seem to be falling into camps. A reviewer who identifies herself as Lesa says that, as a Millennial, the research “helped highlight a lot of things I have felt but was unable to easily articulate.” She gave it five stars.

Another, much longer, one-star review written by an anonymous person who is a social scientist claims that “the data is encrusted in unmasked bias” and calls into question whether it was really peer-reviewed by a university press. (It was.) In particular, the reviewer criticizes:

the bar for scholarly is reached by checking all the right social justice boxes (i.e., criticizing Christians, Whites, males, and straight people while making victims of people of color, females, and the LGBTQ community), and the peer-reviewers are all harmonizing in the echo chamber of liberal academia . . .

Five stars, one star. And in both cases, the reviewer’s own social location seems to play a part in the reaction. A Millennial woman seems to be suggesting that many of the book’s findings about generational change in the Church have resonated with her personal experience, something I’ve also seen in early reviews on social media.

And I’m going to go out on a limb here and hazard a guess about the other review. The social scientist reveals no personal details, but let’s just say I would indeed be surprised if it turns out to have been written by a black lesbian woman. The privilege of being a white straight male Christian is that you get to assume your opinions and experiences are normative for everybody else, and you don’t need to reveal anything about your own potential biases.

I could be absolutely wrong in this assumption, but it would fit a general pattern I’ve been seeing with this research. It has been polarizing, to say the least. And it’s not just conservative Mormons who have reacted with some opposition; it’s liberals too.

What conservatives find upsetting about the research findings are, for example, that more young adults are leaving the church, or that a majority of those who remain are at least somewhat troubled by women’s lack of leadership. Conservative Saints are also worried that Millennials aren’t keeping the Word of Wisdom or attending church as regularly as they would like to see.

What liberals find upsetting and surprising is that a majority of church members support the 2015 LGBT policy that prohibits children of same-sex couples from getting baptized — and that a majority either “know” or “believe” that the priesthood/temple ban that was in place until 1978 was God’s will. (And that this includes Latter-day Saints of color.)

There are some points of agreement in early reactions, as I’ve seen in giving talks about the research for the last year and a half. For example, both liberals and conservatives are thrilled that so many more women in the Millennial generation have served a mission than older Mormon women did. This is great news all around! Predictably, though, the reasons for their excitement differ: conservatives are keen on spreading the gospel as efficiently as possible, and liberals are interested in promoting female leadership and visibility.

So, polarization. What’s particularly interesting to me is how the very early reactions to the book mirror the polarization I see happening in the Mormon world more generally, as people separate themselves into camps and police their boundaries. The one-star Amazon reviewer is certainly correct that the threat of “echo chambers” is very real, not just in academia but in the Church itself. In fact, I talk about this in the conclusion of the book:

. . . if I were to offer a prognostication, it would be that in the next few years at least, the polarization I am seeing within Mormonism will continue, in which those who remain in the LDS Church will be ardent believers but those who don’t fit in, which includes many young adults, will pull up stakes and leave.

What should worry LDS leaders is not simply that the Church will lose ground numerically—though for any institution of course that is a valid concern—but that it will become an echo chamber of its own making, a dogged remnant whose followers retreat to their own safe subculture. How the Church chooses to finesse the social shifts we saw in Part Two of this book—specifically, those regarding marriage, gender, racial diversity, and LGBT issues—will signal which trajectory it is going to follow. Will it become an entrenched, embattled subculture, or will it accommodate its message in order to retain cultural relevancy? As of this writing, both avenues seem plausible . . .

The challenge that remains — for me as a researcher and for all members of the Church as we think about best practices for the future — is how to move beyond polarization to genuine listening and community. 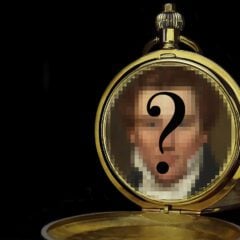