(RNS) — During this year’s season of Lent — a time when Christians commemorate the biblical story of Jesus Christ fasting in the desert for 40 days — Riverside Church, a historically liberal congregation in New York City, is focusing on a theme of sin and loss. Riverside’s head pastor, the Rev. Amy Butler, spoke recently with Religion News Service to explain why the influential church is honing in on topics she says progressive Christians sometimes gloss over, and why she hopes examining ancient scriptural stories about sin and loss can speak to the modern-day challenges facing Americans in general and Christians in particular.

What does it mean to offer a series at your church about sin and loss?

Riverside is a very progressive Protestant congregation, and progressives are notoriously reticent to speak about sin. Because of that, we often cede responsibility for that kind of conversation, theological dialogue and exploration to our conservative brothers and sisters.

I think that’s a mistake.

So we’re going to take the season of Lent, which is a time of the church year for penitence and repentance, and see if we can’t reclaim some of the language for sin.

I’ll be defining it as separation from God and from each other — the things we do and the systems that we participate in that hurt other people, that diminish our relationship with God and with each other, that harm our world and our fellow human beings. We’re going to cover all of that in six weeks.

What do you think is distinct about the way your congregation is going to engage with sin compared to how your “conservative brothers and sisters” might approach the same question?

I’m going to try to steer us away from a transactional understanding of sin. I grew up in a conservative evangelical background, so I understood growing up — as I think many of my conservative friends do — that God was the judge and there’s a certain balance sheet. You get points for this, a point for that — I’ve been watching “The Good Place” — and the way things balance out in the end.

I just don’t think that we live in a world with that much control over the divine. I think that our lives are formed and ordered by the relationships that we build and nurture both with God and with each other. And I think taking a good, hard look at the things that impact and impede those relationships is where I really want to go. That’s going to be a distinction between, you know, “If you dance or drink, you get certain demerits, and then if you bring your grandmother flowers, you get more (positive points).” You said you’re not just tying sin to a personal action or a personal offense, but also systems and communities. Are you talking about systemic or communal sin?

Yes. And you know, I think it’s a very dangerous bifurcation when we decide that sin is either individual or systemic. This is generalizing, of course, but: (the idea that if) every sin is individual, so that means we don’t look at things like racism. Or that if everything is systemic, that we don’t look at our own anger, our own pride.

We have to find some way to look at both because they both impact our daily lives.

Why do you think progressive Christian communities have shied away from explicit conversations about sin?

I think there are a couple of reasons. One is that for some reason, somewhere along the line, the narrative was co-opted by a much more conservative storyline. Because the general perception of the concept of sin is what we see on TV, or when we hear about hateful protesters at abortion clinics — well, we don’t want to be associated with that.

So we just prefer to step away from the conversation.

The other trap that progressives fall into all the time is we think that claiming our own banners of belief is somehow … oppressive to other people, which is flatly untrue.

We’re not doing the world any service if we can’t fully express what it is we say we believe and what standards and convictions animate our work in the world. So it may be a little provocative for my congregation — and I always like to push them a little bit. But I really want to bring sin (to) the fore this year, give us an opportunity to reclaim the language around it and have some honest conversations.

You mentioned racism as one example of sin. Are there other examples that you plan to lift up?

So sins like pride and violence and corruption and othering and lack of hospitality. And then the things that we lose: intimacy with God and with each other, innocence, community, things to sustain life. And in those broader categories, surely there are things that are going to come up — systems that hurt and oppress. Racism is one of them. Misogyny, sexism — I mean all this stuff about institutions that hurt people.

This Lent is (also) going to be a powerful time of reckoning for the institutional church. For example: the United Methodist Church, the Catholic Church, the Southern Baptist Church.

But also, I don’t want to let our progressive selves off easy now, holding sin out at arm’s length. Let’s look a little closer and see where these sins are coming to be in our own lives, in our relationships with each other, even in our own community here at Riverside.

You also mentioned that loss is a part of this project. Can you unpack that some more?

But if we talk about it in terms of loss, then I think it gives us more of a handhold for finding our way back to reconciliation. When we participate in sinful systems and sinful actions we are losing trust, relationship, accountability, all of these things that build this up and make our better community and better relationships. 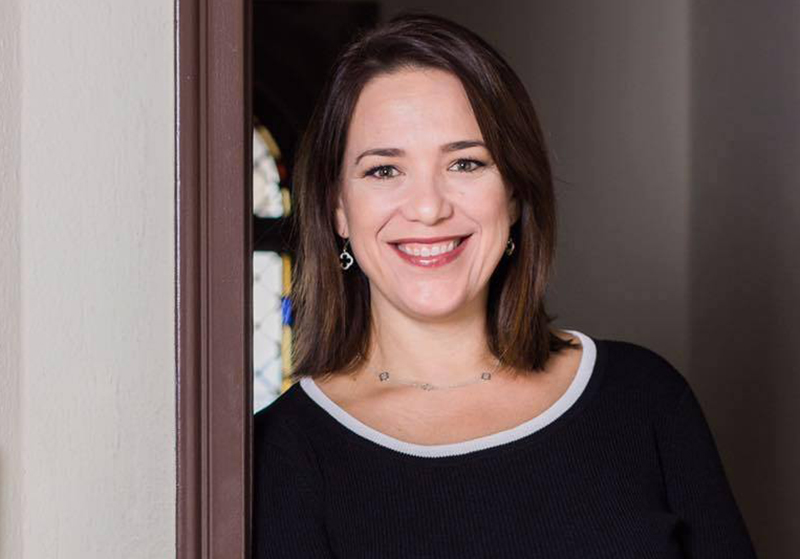 The Rev. Amy Butler of The Riverside Church in New York. Courtesy photo

You represent a historic progressive congregation whose messages can carry a lot of weight among progressive and liberal Christians. Is there some part of this that speaks to the rest of liberal and progressive Christianity to inform their spiritual life in this specific political moment of 2019?

Oh, there’s so much to say.

One thing I said often after the 2016 presidential election was that my immediate personal spiritual response was a deep sense of conviction that I needed to repent. That’s a very uncomfortable word for us progressive Christians. But I think for so long — particularly under the Obama administration — we had just sort of been like, “Oh, you know, everything’s fine. There are a few bad things, but in general, society’s moving toward a more just place.”

What we have learned is that we weren’t speaking out enough before, that we hadn’t separated enough our call to be gospel people from the systems of our government that often oppressed and harmed, even if we believed in the ideology of the ruling party.

I think repentance is a wonderful place for us to start as we think about how our actions are shaped moving forward in this moment.

Certainly, if the church doesn’t stand up and speak up and act in the way of Jesus, then I don’t know why the church continues to exist.

This is always a dangerous question that I ask a preacher: Do you think your congregation will be receptive to this message?

I expect people will be uncomfortable. I have one congregation member who says to me often, “You know, I come to church on Sunday morning, I get all uncomfortable. Then I go home and watch Joel Osteen and I feel better.”

Even at Riverside, we are guilty of wanting to be entertained or comforted. And I don’t think Jesus was really in the business of making us feel comfortable. I don’t think it’s my job to entertain people, but particularly during this season of Lent, this is a moment for us to really challenge ourselves to look hard at some very deep and hard places.

When we have national theological conversations about Lent, is there something that you think gets left out or glossed over or forgotten?

It’s interesting that you say that, because I’m advocating for us to take a good, hard look at individual sin. I think this year in particular, as Americans, we have an interesting opportunity to look at some of our institutional sin, because we’re seeing it on a national scale every single day.

Let’s look at what we’re doing around immigration policy, around violence, around government corruption. But then also, what about the institution of the church? Look at what just happened in the United Methodist Church. Look what’s going on in the Catholic Church.

All of our institutions have failed to reflect our highest aspirations for who we can be as a people of God or just as decent human beings. 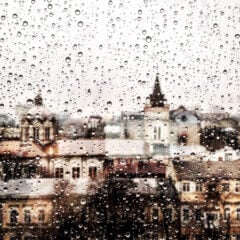 News
Celebrity lineup to read King’s anti-war speech on assassination anniversary
Follow us on Facebook!
Submit your photos to RNS