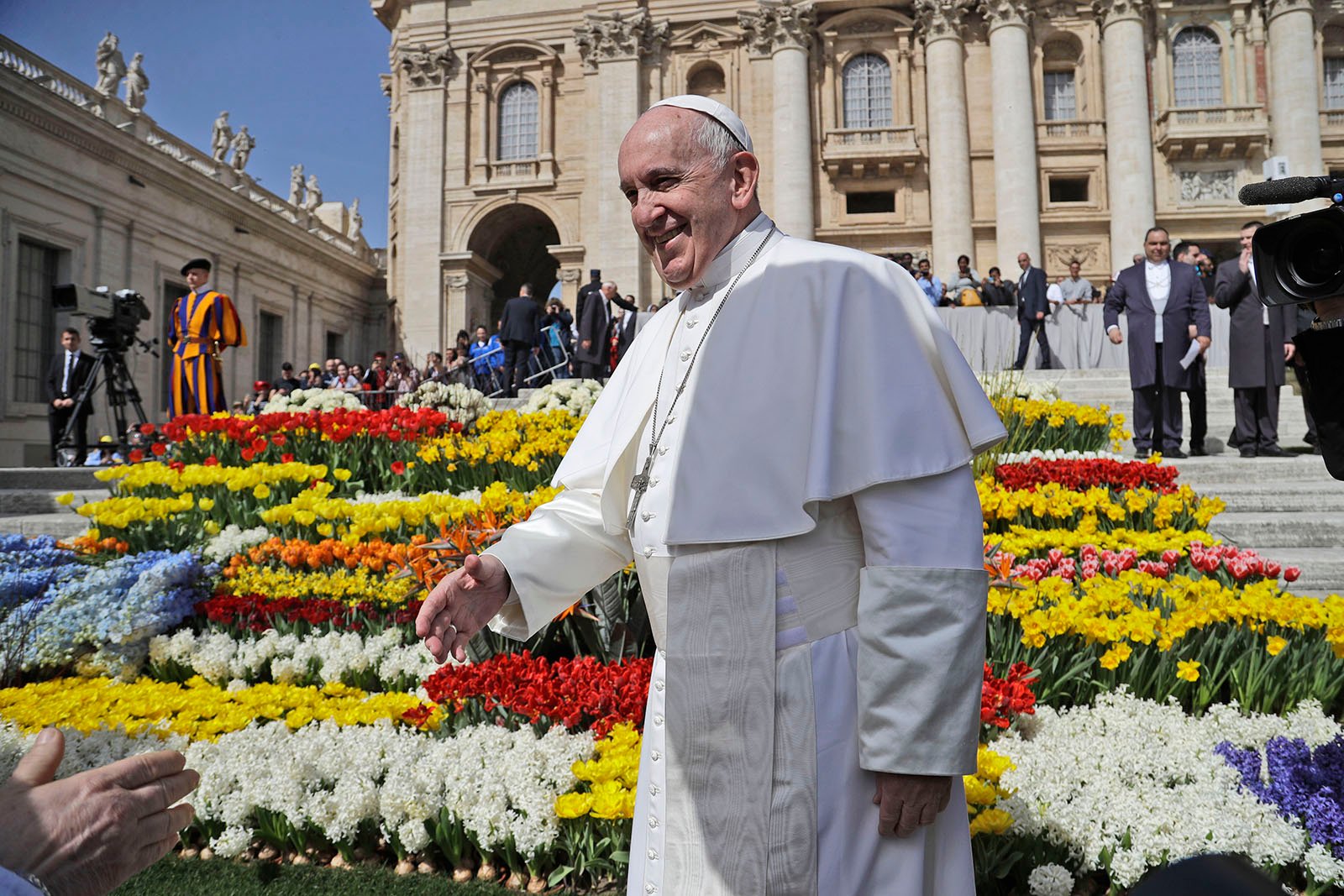 (RNS) — In my previous column, I argued that Pope Francis’ approach to climate change — one focused on culture — is far superior to moving immediately to legislative approaches like the recently floated Green New Deal, which has zero chance of passing.

According to climate science experts, we have 12 years to dramatically curb our carbon emissions before we reach a tipping point, after which climate change is not only inevitable but disastrous. In light of this emergency, I argued that we need to take the next decade or so to work on changing culture — and then, in the final few years, work to pass dramatic legislation in a changed cultural and political environment.

Right now, attempts to shove the Green New Deal down the throats of an unwilling public do little but push them further away from embracing the culture change we need.

One might rightly wonder about the specifics of what Francis has in mind. Laws demand certain specific actions. “Culture change,” in addition to often being more difficult to name and define, takes more work and patience to bring about.

Francis’ prescription for ecological culture change occurs primarily in his May 2015 encyclical Laudato Si’. In this magisterial document, Francis rightly insists that the “existence of laws and regulations” won’t work to curb the behaviors producing climate change by themselves. In order for laws to bring about the necessary long-term effects, “the majority of the members of society must be adequately motivated to accept them, and personally transformed to respond.”

This, in his view, requires what he calls a “profound interior conversion.” At times he calls it, more specifically, a kind of “ecological conversion.” Such a conversion, the pope says, must be both individual and communal. But it must be a fundamental change of life — much like that of the saint best known for his spiritual emphasis on God’s creation, St. Francis of Assisi.

Before totally transforming his life, St. Francis was a rich, privileged young man who was addicted to consumption and the superficial pleasures of life. After encountering the poor and having a life-changing spiritual experience, however, Francis reoriented his life away from consumerism, to the point of embracing poverty and direct service to the poor.

Not all of us are called to be saints, but the pope (who took has name from the great saint of Assisi) insists that the planet now requires a similar kind of conversion from its inhabitants. We must take on a “less is more,” anti-consumerism approach to life that will lead us to transcend unhealthy anxieties caused by being trapped in consumer culture. We must also celebrate rest, especially from buying and selling, by returning to a focus on keeping the sabbath.

As it did for St. Francis, Pope Francis argues that this kind of conversion can restore “ecological equilibrium, establishing harmony within ourselves, with others, with nature and other living creatures, and with God.”

The last bit is very important for Francis: we must be open to “making the leap towards the transcendent which gives ecological ethics its deepest meaning.” Francis says that postmodern humanity, disconnected from God, has “too many means and only a few insubstantial ends.” Like St. Francis, we need a new spiritual grounding to orient our lives in these new ways.

The kind of culture change Pope Francis has in mind also requires a deep commitment to “ecological education,” to take place “at school, in families, in the media, in catechesis and elsewhere,” he wrote. “Good education plants seeds when we are young, and these continue to bear fruit throughout life.”

Francis has a particular focus on the family, “the place in which life — the gift of God — can be properly welcomed and protected against the many attacks to which it is exposed, and can develop in accordance with what constitutes authentic human growth. In the face of the so-called culture of death, the family is the heart of the culture of life.”

Indeed, the pope has explicitly positioned his ecological posture in a way that embraces the pro-life movement. In Laudato Si’ he insisted that “protection of nature is also incompatible with the justification of abortion,” and directed his newly appointed head of the Pontifical Academy for Life to work to help restore “the original balance of creation between the human person and the entire universe.”

The “countless array” of civic organizations “which work to promote the common good and to defend the environment, whether natural or urban,” are no less important for Francis, as they have the ability to create relationships from which a “new social fabric emerges.”

Such civic organizations can contribute to the communal aspect of ecological conversion, he said, especially by breaking out of “the indifference induced by consumerism.”

These communities, Francis made clear, include “our seminaries and houses of formation” which can provide not only spiritual formation but “education in responsible simplicity of life, in grateful contemplation of God’s world, and in concern for the needs of the poor and the protection of the environment.”

“Only by cultivating sound virtues will people be able to make a selfless ecological commitment,” said Francis.

When Christian communities instill such virtues, they can help shift “convictions and attitudes which help to protect the environment” and “bring about real changes in lifestyle.”

These changes are not only necessary as part of the direct fight to lower carbon emissions. It’s the only real hope we have to change the culture so that one day we will all accept something like the Green New Deal.

Think 10 years isn’t enough time for such dramatic changes to take hold? You underestimate the power of changing hearts to bring about life-changing legislation. In 2004, GOP operatives put anti-same-sex marriage policies on state ballots to draw out voters who were opposed to the practice. By 2014, American culture had transformed so dramatically on gay and lesbian marriage that pushing legislation barring it would have been political suicide.

Our culture could also have an ecological conversation in a similar timeframe. Perhaps even faster, given the new technologies. Let’s get to work.