“Satan is fighting the church,” prayed Mugabi. “The government wants to stop the church from spreading the good news of Christ, and we’ll not let that happen. We are ready to sacrifice our lives for the sake of the gospel.”

If passed by Parliament, the new policy will require that all ministers obtain formal theological training from a recognized institution.

Ministers will also be required to register new and existing churches and declare their source of income.

A vote on the policy was set in Parliament for March but was delayed.

Mugabi said the new policy is targeting the born-again Pentecostal churches, noting that the preaching of the gospel did not require “intelligent people” or educated clergy but rather people called by God to serve.

“People in government don’t understand the word of God,” he said. “We have great men in the Bible including Jesus Christ who preached the gospel, but they didn’t have a bachelor’s degree in theology. It’s time we all follow the Bible.” 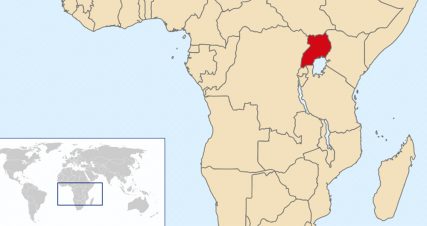 Still, the government said the new policy is good for the country since a majority of clerics are taking advantage of existing law to extort money from Ugandans: The current law allows freedom of worship, and individuals can open and operate a church without notifying the government.

“We are here to help Ugandans from being exploited by unscrupulous clerics,” said the Rev. Simon Lokodo, the state minister for ethics and integrity. “Some churches ask youth for money before they will pray for them to get jobs — this is against the word of God.”

“We will not allow any person to mislead Ugandans in the name of Jesus Christ, and this is the reason we are putting these laws in place,” he said.

Government officials claim the East Africa nation has many false preachers and suspect religious groups. In 2015, President Yoweri Museveni warned Ugandans to watch out for false prophets “disguised in sheep clothing” that are “wolves.”

“Be aware of the false prophets as pronounced by Jesus in the Bible,” he said at the time. “The youth all over the world have many times been victims of selfish players, especially politicians. So please, Ugandan youth, walk wisely.” There is precedent for the country’s policy in the region: Uganda’s new policy comes a year after neighboring Rwanda closed thousands of churches and dozens of mosques to assert more control over a vibrant religious society.

Pastors of various Pentecostal churches in Uganda have said the proposed policy targets them. They have threatened to go to court if the policy is enacted.

Meanwhile, they have vowed to continue to protest until the government abandons the policy.

“They want to finish Pentecostal churches,” said Pastor David Kiganda, of Christianity Focus Ministries in Kampala, who leads more than 70,000 Pentecostal churches in the country. “We are going to oppose the idea of having a bachelor’s degree in theology to start a church. We are ready to go to the constitutional court and challenge the policy if it is passed by Parliament. They should leave Pentecostal churches (alone).”

Religious leaders from the Roman Catholic Church, Seventh-day Adventist Church and Muslims already have recognized theological certificates. Some leaders of these more mainstream groups support the new policy, saying thousands of people have fallen victim to false prophets and unscrupulous pastors who extort money from poor and desperate Ugandans.

“The government is right because the word of Allah is never paid for,” said Haji Mutumba, the spokesman at Uganda Muslim Supreme Council. “And many Ugandans are suffering due to lack of wisdom.”