(RNS) — We now know that the suspect in the Poway synagogue attack is Presbyterian.

His pastor and his family have condemned the shootings, and certainly, his fellow congregants are horrified at what authorities say the young man who worshipped with them has just done.

“Our son’s actions were informed by people we do not know, and ideas we do not hold. … (H)e was raised in a family, a faith, and a community that all rejected hate and taught that love must be motive for everything we do. How our son was attracted to such darkness is a terrifying mystery to us,” his family said after the news of the shooting broke.

Thanks to the privilege Christianity has in our culture, Presbyterians (and Christians in general) will have an advantage that Muslim Americans don’t get when a shooter is Muslim. Most of us will take seriously the fact that this terrorist is not representative of Christians in general.

Though some want to blame this act of Christian terrorism on Muslims.

However, there are racist and anti-Semitic influences that persist in Christianity and that played a role in this attack.

By looking at the suspect’s version of Christianity — a version of that religion that also gave us Paul Hill, who was convicted of murdering an abortion doctor in the 1990s — we may learn how to recognize and critique dangerous, violent and undemocratic threads within a religious tradition without demonizing entire groups of people.

The suspect in the Poway shooting belongs to the Orthodox Presbyterian Church, one of several smaller, more conservative Presbyterian denominations. 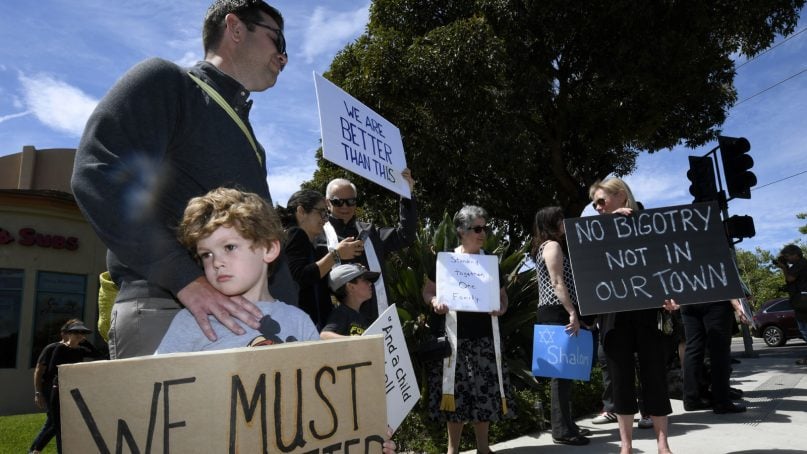 Kyle Fox, 4, and his father, Brady Fox, hold a sign at a vigil April 28, 2019, in Poway, Calif., held to support the victims of the Chabad of Poway synagogue shooting. A man opened fire Saturday inside the synagogue near San Diego as worshippers celebrated the last day of Passover. (AP Photo/Denis Poroy)

Like other denominations in the U.S., Presbyterians divided over slavery in the years leading up to the Civil War.

The Southern Presbyterians were some of the most outspoken theological defenders of the biblical legitimacy and cultural desirability of slavery, and their most well-known theologian on these points was R.L. Dabney. They were also proponents of a very strong version of Calvinism holding tightly to the view that humans are inherently totally depraved and that salvation is only for those whom God chooses and predestines. God is sovereign; there is no free will.

When American Protestantism split into fundamentalists and modernists in the 1920s, several leading lights were concerned over what they saw as a drift toward modernism in Presbyterianism. They left Princeton, Presbyterians’ flagship seminary, to establish Westminster Seminary and the OPC. The new seminary and the denomination held to their Southern-style Protestantism, their strict Calvinism and the “unity of Scripture,” which means they have a different relationship to the Old Testament from that of many other Christians.

In the 1980s most Presbyterians united into a mainline denomination that became the Presbyterian Church (USA), but several groups resisted the perceived liberalism of the mainline and remained independent. OPC is one of those.

While the Poway suspect’s father claims that his son’s views derive solely from people he and his family do not know, he’s not correct.

No doubt the dark web, 4chan and the anons provide fertile ground for these young white men who become our homegrown terrorists, but as a scholar of religion who’s studied these groups for decades, I can tell you this version of Christianity isn’t entirely off the hook.

You won’t find slavery apologists in the OPC anymore but the denomination has remained a home for far-right versions of Christianity. 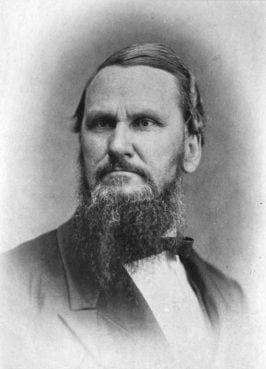 The Southern Presbyterianism of Dabney, who’s still a hero to many in this world, was decidedly and explicitly opposed to notions of social equality of all kinds as unbiblical.

He wrote “that political society is composed of ‘superiors, inferiors, and equals;’ that while all these bear an equitable moral relation to each other, they have very different natural rights and duties; that just government is not founded on the consent of the individuals governed, but on the ordinance of God, and hence a share in the ruling franchise is not a natural right at all, but a privilege to be bestowed according to a wise discretion on a limited class having qualification to use it for the good of the whole.”

When the Poway suspect defended “hate” in his manifesto, he was echoing views that have long found a home in the OPC.

In his version of Christianity, hate is biblical.

In his most oft-cited work, “The Institutes of Biblical Law,” Rushdoony didn’t demur from the conclusion that God ordered the killing of the Canaanites in Deuteronomy as many Christians do: “the destruction of the Canaanites,” he wrote, was “the work of God.”

In his version of Christianity, hate is biblical: “The law of God is the law of the absolute and totally personal Creator whose law operates in the context of His love and hate, His grace towards His people and His wrath towards His enemies.” (IBL 24)

Perhaps more to the point, the Poway suspect is not the first terrorist to come from this small corner of the Christian world.

In 2003, Hill was executed in Florida for murders he committed in “defense of the unborn.” He had been an ordained OPC minister and had made the same defense of hate in his manifesto. Hill had been dis-fellowshipped, but not for these views; his offense was his failure to submit to his church authorities.

But his view of God’s hate is widely accepted and lends itself readily to these kinds of actions.

Hill, like the suspect in the Poway shooting, believed his faith justified his actions.

Anti-Semitism has also too often found a home here. Rushdoony was a Holocaust denier, and North’s work repeats anti-Semitic tropes about Jews as a powerful cabal running the world. (For example, as I document in “Building God’s Kingdom,” North promoted his book, “The Judeo-Christian Tradition,” with a secretive teaser suggesting Jews would keep it from being published. In that book he claims that “there is no Judeo Christian Tradition,” that Judaism and Christianity are “rival religions” and that Jews are “at war with the Old Testament.”) Neither man was condemned by the denomination. The central framing of the Old Testament (not as a Jewish text but reinterpreted as a Christian one), and the Jews who lost God’s favor to be replaced by gentiles, has long played into Christian anti-Semitism.

What’s at issue here is exactly what constitutes hate.

This form of Christianity makes it a holy act of obedience to submit one’s reason and sense of what’s moral to the logic demanded by an absolutely sovereign God.

Rather than sideline the conversation with claims that “not all Christians” (or all Presbyterians, or all Orthodox Presbyterians) are to blame, because clearly, they are not, far better to grapple with the fact that these threads within this tradition are inherently authoritarian, profoundly anti-democratic and too often potentially violent.

(Julie Ingersoll is professor of religious studies at the University of North Florida and author of “Building God’s Kingdom: Inside the World of Christian Reconstruction.” The views expressed in this commentary do not necessarily represent those of Religion News Service.) 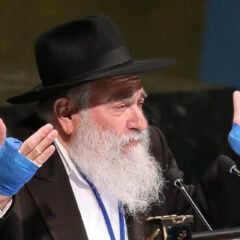 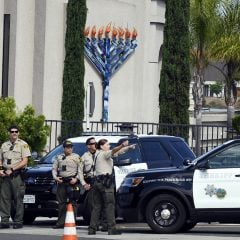 News
Group distributes ‘trauma kits’ to temples ahead of holidays 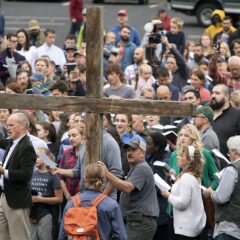 Religion Hub
In Moscow, Idaho, conservative ‘Christian Reconstructionists’ are thriving amid evangelical turmoil
Follow us on Facebook!
Submit your photos to RNS