(RNS) — Once a rising star in the Episcopal Church, Heather Cook hoped to spend her life lessening people’s pain.

Instead, months after she was consecrated the first woman bishop in the Diocese of Maryland in 2014, she was behind the wheel, texting, driving drunk and causing an accident that killed a bicyclist on a Baltimore road.

“Part of the great challenge for me is to know that I, through this experience, have added more pain to the world,” said Cook in one of a series of phone interviews from prison before her release this week (May 14).

Technically, Cook has done her time.

But the former inmate now has a life sentence: determining if redemption might ever be possible after such a tragedy.

Two days after Christmas, she struck and killed cyclist Thomas Palermo, a husband and father of two. She initially left the scene of the accident but was later arrested. Authorities said her blood alcohol level was .22, almost three times the legal limit. 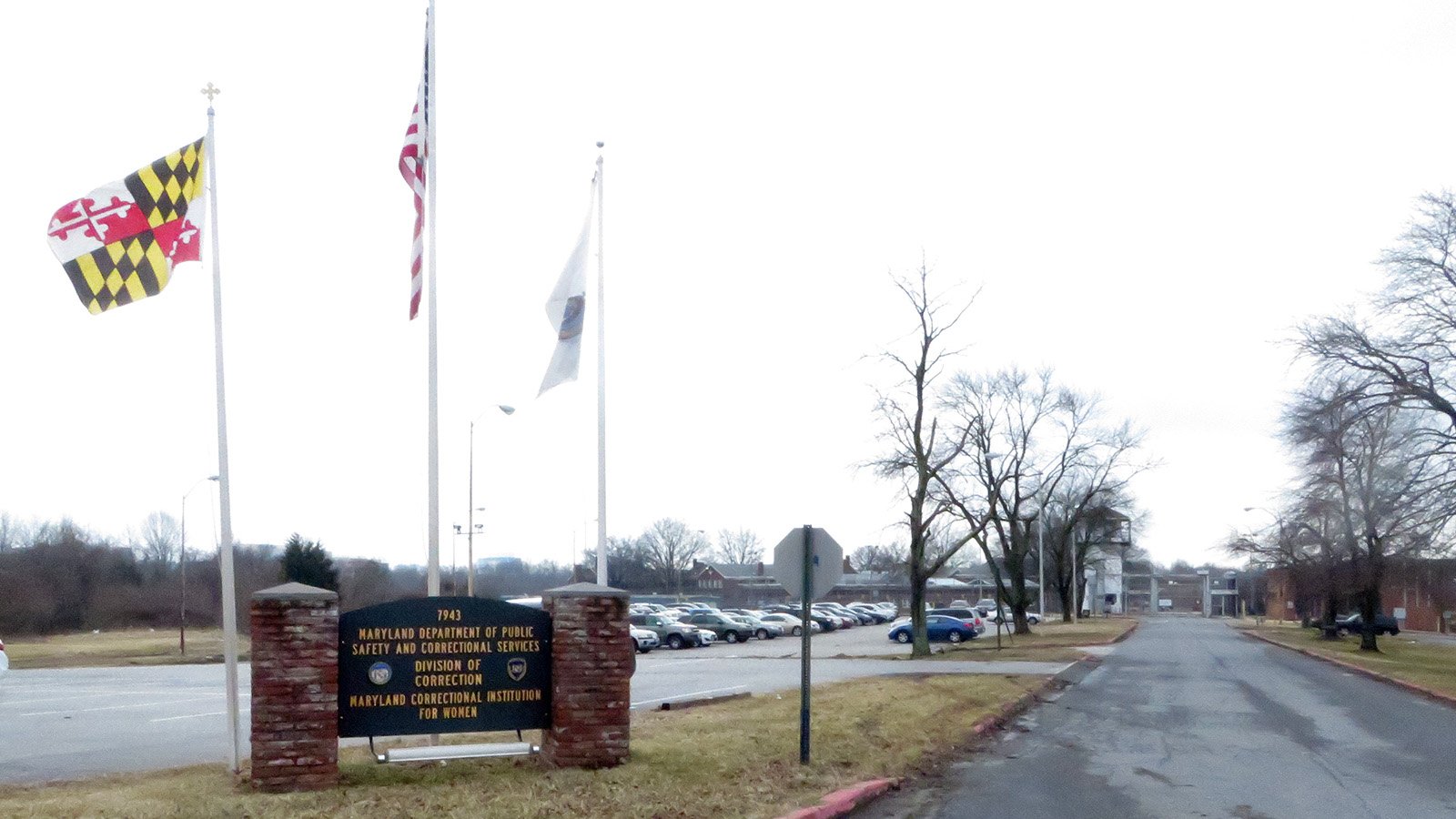 The Maryland Correctional Institution for Women, where Heather Cook has served prison time since 2015. RNS photo by Adelle M. Banks

She was convicted of vehicular manslaughter, DUI, leaving the scene of an accident and driving while texting and was sentenced to seven years in prison.

Cook was defrocked by the Episcopal Church and is no longer a priest or a bishop. Instead, for the past three and a half years, she’s been inmate number 00442452 at the Maryland Correctional Institution for Women.

She hopes to spend her life making amends for what she did.

Cook, 62, agreed to talk with Religion News Service on the condition that this story would not be published until her release from prison.

She described her willingness to be interviewed as “part of my amends” — a word used in the ninth step of the 12-step recovery process.

The former bishop told RNS she did not know at the time of her accident that she had struck a person. Though she declined to discuss more of what happened that day, she does recall texting “we are on our way,” referring to herself and her golden retriever, Teddy, before the collision. 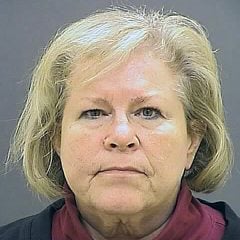 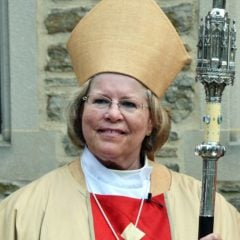 Bishop Heather Cook at her consecration as the first female bishop in the Episcopal Diocese of Maryland in 2014. Photo by Richard Schori, courtesy of Episcopal News Service 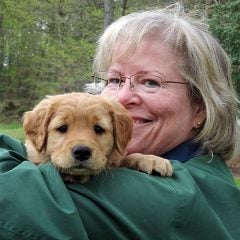 Heather Cook and her golden retriever, Teddy, in 2012. Photo by Karen Sweezey

She said she has repented for the DUI accident and the loss of Palermo’s life.

“Repentance is two things, at least,” she said. “Repentance is a feeling and repentance is also amendment of life. In the beginning, I was absolutely overwhelmed with shame and grief and hopelessness at what had happened that I’d been responsible for.”

Palermo’s family opposed her requests to leave prison early as well as the length of her prison sentence, saying she had not been given enough time for her crimes.

“While no amount of prison time would seem sufficient, we feel the court today could have sent a stronger signal that our community takes driving while under the influence and driving while distracted seriously,” said Alisa Rock, a sister-in-law of Palermo, speaking for the family after Cook’s sentencing. “It feels lukewarm.”

The Palermo family, through its attorney, declined to comment for this story.

Her fellow Episcopalians have mixed feelings about Cook. There is anger over her crimes and a feeling that she was an embarrassment. She’s also forced the denomination to rethink its often cozy relationship with alcohol that caused some members to call themselves “Whiskeypalians.”

A commission set up after Cook’s arrest found that the Episcopal Church often failed to intervene with clergy who struggled with alcoholism.

“In many instances, devoid of expectations for substantive recovery and amendment of life, the desire to forgive has undermined the church’s collective responsibility to due diligence in the work of screening, recognizing, and diagnosing impairment in church leaders, as well as intervening and treating when appropriate,” a denominational report found.

After her arrest in 2014, it was revealed that four years earlier, Cook had been stopped for drunken driving on the state’s Eastern Shore. Some diocesan members said information about the initial incident was not disclosed when Cook was elected as suffragan, or deputy, bishop.

Bishop Todd Ousley, who heads the Episcopal Church office tasked with responding to its Commission on Impairment and Leadership’s 2017 recommendations, has known Cook for more than a decade. He once served with her on a church committee on congregations in small communities.

He described Cook as “a very gifted priest” with the “potential to be a very gifted bishop but also someone who had a dark side to her.”

RELATED: A bicyclist dead, the Episcopal Church takes a hard look at alcohol

Some of her peers questioned how Cook ever became bishop in light of her drinking and driving history. 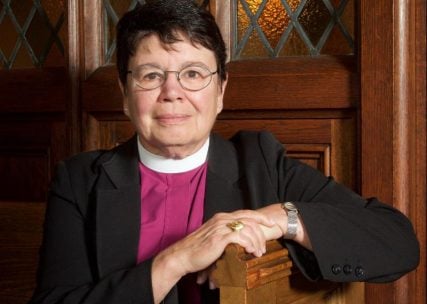 Episcopal Diocese of Maryland Bishop Eugene Sutton was not available for an interview, but spokeswoman Carrie Graves said: “We hold Rachel Palermo and her family in prayer, and we pray for Heather Cook and all involved in the aftermath of this tragedy.”

Bishop Chilton Knudsen, 72, who was chosen to replace Cook in the Maryland Diocese, said she has met with her predecessor “on my own volition” and because “I also want Heather to know that not everybody in the Episcopal Church has it out for her.”

Knudsen, an expert on alcoholism who is celebrating 31 years of sobriety this month, said people in the Baltimore-based Diocese of Maryland continue to have a range of emotions about Cook.

“I think if there is distress or anger, it’s about the entire disruption of life and not just about a DUI that didn’t get aired in the light of day,” said Knudsen, who is now assisting bishop in the Episcopal Diocese of Washington.

“She will have people who will be mad at her for the rest of their lives. That’s their problem, in my view, but I believe the majority of people are past the worst of the anger and distress and sadness that I saw.”

Knudsen also took on another role in Cook’s life at the prison: She was the officiant at Cook’s wedding to longtime companion Mark Hansen, 61, a lay Episcopal minister and recovering alcoholic who lives on the Eastern Shore and met Cook when they were both attending General Theological Seminary. 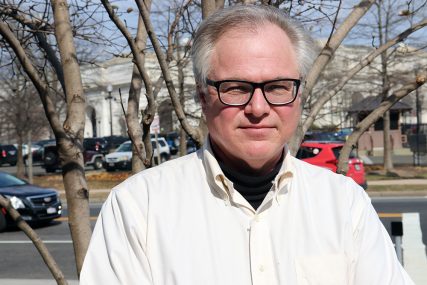 The fall 2017 ceremony occurred in the same room where Hansen and Knudsen have visited her in separate one-hour slots, with a table next to the guard’s desk serving as the altar for her wedding. Murals on the walls around them feature cartoon characters and female superheroes painted by a prison art club.

Cook, who usually wore a denim shirt, blue jeans and white sneakers for visitors, was permitted to wear a powder blue dress for the occasion.

The former bishop said she never lost her faith while in prison.

But she did feel a lost sense of purpose because she no longer held holy orders within the Episcopal Church. Now, she said, she has claimed a new role.

Cook, a self-described “poster child for alcoholism,” hopes to advocate for women who are in prison and those who struggle with addiction. 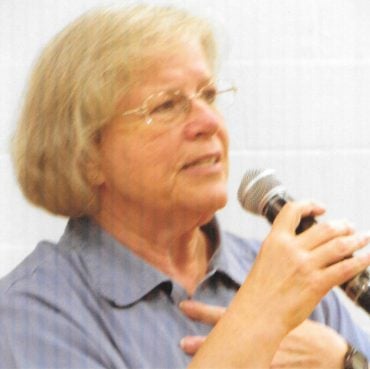 The daughter of an Episcopal priest who said he was an alcoholic, Cook spearheaded “S.O.B.E.R. October” events for the last two years at the prison, serving as a keynoter and organizing other speakers on the topic of sobriety.

Gerard Shields, a spokesman for the Department of Public Safety and Correctional Services, said Cook earned time off for good behavior.

“She was infraction free, worked at one of our Maryland Correctional Enterprise shops, attended alcohol counseling and provided ministerial help to other inmates,” he said in an email.

Cook’s parole application packet includes a letter of apology she wrote to Palermo’s widow as part of a Victim/Offender Impact Class Education program.

In a page and a half, she expresses sorrow for the “tidal wave of pain” she has caused, says she prays for the family and recalls the apology she made on the day she was sentenced in 2015.

“I am sorry that my failure to take action about a disease of addiction cost your husband’s life,” she wrote.

“I am sorry I drove carelessly and took my eyes off the road, not seeing what had happened so not responding quickly to render help. I’m sorry that the publicity made everything harder and deprived you of the privacy of your grieving. I hurt for all of it.”

The Rev. Lettie M. Carr, a chaplain at the prison for 22 years through 2017, said Cook served as her clerk. Carr said the former bishop helped inmates sign up for classes and handed out religious material.

“She learned to make peace with herself and with God and with the system,” said Carr, now an associate pastor at First Baptist Church of Glenarden in Landover, Md.

“I trusted her, never had any hesitation with her, never sensed any, if you will, competition. She never tried to exalt herself in any way. She was very respectful of the other residents.” 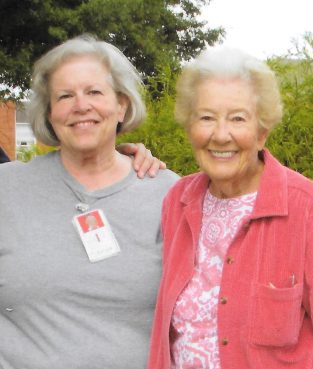 Heather Cook, left, with her mother during Family Day 2017 at the Maryland Correctional Institution for Women. Courtesy photo

Cook once addressed a crowd of some 150 inmates at an ecumenical gathering around Thanksgiving, about a month and a year after she had arrived at the prison in the central Maryland town of Jessup.

Though no longer an official faith leader, Cook said she views the mutual support among inmates as a form of ministry.

“This system is so bleak and cold that we do that for one another, that when one is weak, another is strong,” she said of life in the prison that houses women with security levels ranging from pre-release to maximum. “I have been the recipient as much as I have been the giver.”

Ousley hopes the church has moved from “potentially appearing to be a clergy protection society” to one where Episcopalians will report a staffer who seems to be impaired. He said the screening process for bishop candidates has been enhanced and is likely to become even more stringent.

“We don’t want to have another incident like that,” he said of Cook’s accident and Palermo’s death. “And we don’t want someone to die and we don’t want our clergy to be hurting and not functioning at their best. So it’s about love and care for the whole community.”

Upon hearing of some of the denomination’s changes and plans, Cook said, “God bless the Episcopal Church for doing what they’ve done.”

But she also fears that, in the wake of her accident, some “extremely fine candidates” who are recovering from addiction may be excluded from opportunities to serve at its highest levels.

Curry — who was installed as the top official of his church five days after Cook’s sentencing — said that despite the new efforts there is no absolute guarantee that the church can prevent tragedies such as the one that occurred due to Cook’s addiction.

“The truth is no system is 100 percent foolproof; it’s just not — no human system can be,” he acknowledged. “That’s not possible. What we can do is to do the very best we can to minimize the possibility of something like this happening again.”

Facing her release, Cook is not certain what will come next. But she believes God is not done with her.