First, there was the holy book she used for the Bible study the shooter infiltrated that Wednesday night in June of 2015, returned to her after she demanded it from the coroner’s office. From the Gospel of Mark on, its pages, though specially cleaned, are still pink from blood shed during the attack.

The other was given to her by the coroner: It was found on the body of her son, Tywanza, one of the “Emanuel 9” who were killed in the tragedy.

“She said, ‘I got this out of his pocket,’” Sanders said tearfully in an interview. “So that meant a lot to me to know that he was on the right path. And, as a mom, I think I did everything that I was supposed to do as a mother.” 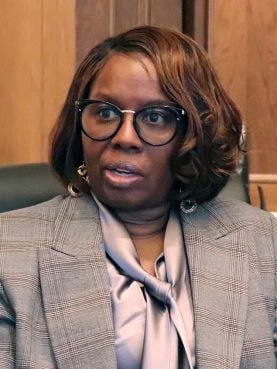 Felicia Sanders participates in a roundtable discussion at Museum of the Bible in Washington on May 14, 2019. RNS photo by Adelle M. Banks

Sanders told her story while sitting in a theater at Museum of the Bible, where a new documentary about the Mother Emanuel shootings was screened Tuesday (May 14). Hers was one of many accounts told in person, on the screen and in a roundtable interview with reporters before the film showed to a crowd that included members of the media and those directly affected by the shooting.

The survivors and family members of victims spoke of forgiveness — though some are at different stages than others — and answered questions about securing houses of worship. Some family members said they had cried anew as they continued to grieve for loved ones whose lives were taken by Dylann Roof, a white supremacist bent on starting a so-called race war.

The 90-minute documentary, co-produced by a dozen people, including celebrities Stephen Curry, Mariska Hargitay and Viola Davis, recounts the devastation wrought by the gunfire in the church and depicts the aftermath of investigations, court hearings and the ways the families and the community are remembering those slaughtered.

Journalists describe the “Holy City” of Charleston’s not-so-holy past — an estimated 40 percent of U.S. slaves arrived in its port — and another commentator notes continuing fascination with Southern slaveholding history, calling it a “Confederate Disneyland” where tourists can still be addressed as “sir” and “ma’am.”

The documentary is set to be shown in more than 1,000 theaters nationwide on June 17, the anniversary of the attack, and two days later in a distribution partnership with Fathom Events, a company that specializes in short theatrical runs of movies and Metropolitan Opera performances. But the most prominent voices in the documentary and at the gathering afterward were the people most closely tied to the tragedy at one of the oldest black churches in the South.

Nadine Collier, who is featured in the film, told reporters after the screening that she missed “everything” about her mother, Ethel Lance: “her smile, her conversation, the phone calls, the times I would cook for her.”

The Rev. Anthony Thompson, pastor of a Reformed Episcopal church in Charleston, regrets he never got his usual goodbye kiss from his wife, Myra. 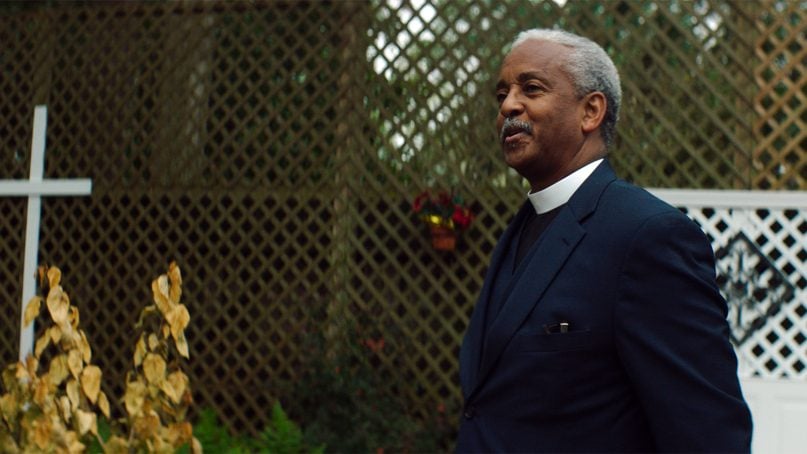 The Rev. Anthony Thompson stands in the garden dedicated to his late wife, Myra, who died while leading the Bible study on June 17, 2015, at Mother Emanuel AME Church. Photo courtesy of Arbella Studios 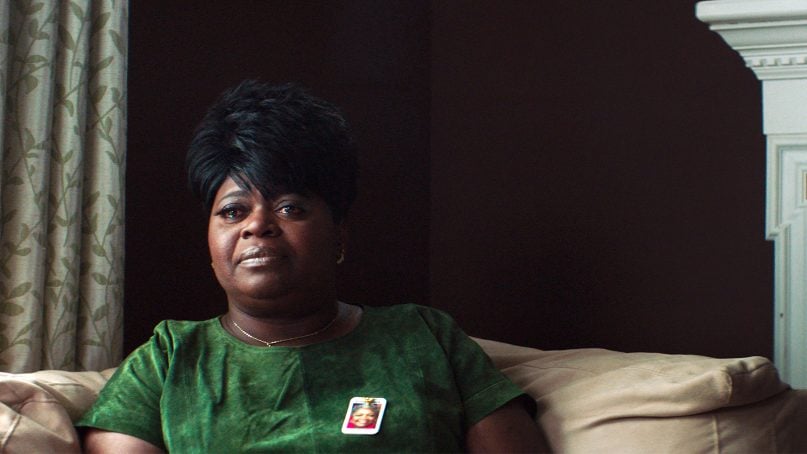 Nadine Collier remembers her mother, Ethel Lance, and the legacy of faith and love she left behind, in the documentary “Emanuel.” Ethel Lance was a longtime member of Mother Emanuel AME Church. Photo courtesy of Arbella Studios

Collier said she was struck by the documentary’s depiction of the police who pulled over Roof’s vehicle in North Carolina hours after the killings.

“When they caught him, they didn’t rough him up,” she said. “I know I was the first one that said I forgave him — of course I did, but I’m a human and I also can be angry. I got feelings. That kind of striked my nerve tonight as I look back at it.”

Much of the documentary centered on the survivors’ attempts to forgive, with some quickly saying they forgave Roof and others displaying shock at the suddenness with which some forgave. On screen, Melvin Graham Jr. listed places where his sister Cynthia Hurd was shot seven times and said, “I’m a work in progress” when it comes to forgiving Roof for killing her.

But in an interview after the screening Graham said he’d traveled an emotional road of anger and resentment but learned to keep going.

“I had a dream about a year ago, and my sister came into a room with some other people and we just hugged,” he said. “And, for me, that was the release I needed to just let it go and move forward.” 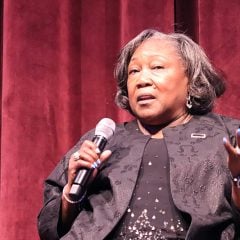 Polly Sheppard speaks to attendees following a screening of “Emanuel” at Museum of the Bible on May 14, 2019, in Washington. RNS photo by Adelle M. Banks 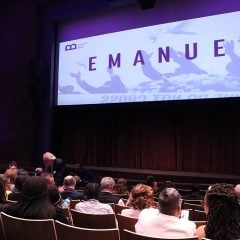 People gather for a screening of “Emanuel” at Museum of the Bible on May 14, 2019, in Washington. RNS photo by Adelle M. Banks Roland Martin, left, interviews a panel after a screening of “Emanuel” at Museum of the Bible on May 14, 2019, in Washington. RNS photo by Adelle M. Banks

He added that he doesn’t think about Roof but instead dwells on the thousands of books given in honor of his librarian sister and the scholarships named after her.

“It was hard to not let go when others were giving me and my family so much love and support,” he said.

At the museum, journalist and commentator Roland Martin asked a panel of four people most affected by the Emanuel shooting how they respond to others “who believe that the answer to tragedies such as this is to arm everybody.”

He got a mixed response. Collier said she had no immediate answer other than prayer. Chris Singleton, whose mother, Sharonda Coleman-Singleton, was killed, said he had vowed to never have a gun in his house.

Polly Sheppard, the survivor Roof said he kept alive so she could tell the story of what happened June 17, 2015, was among those who voted for stronger gun laws.

“I think it just begins with the automatic guns ‘cause what do you need with a gun to shoot 16 to 21 rounds?” she asked. “You don’t hunt with that. That’s weapons of mass destruction. Why do we need those on the street in America?”