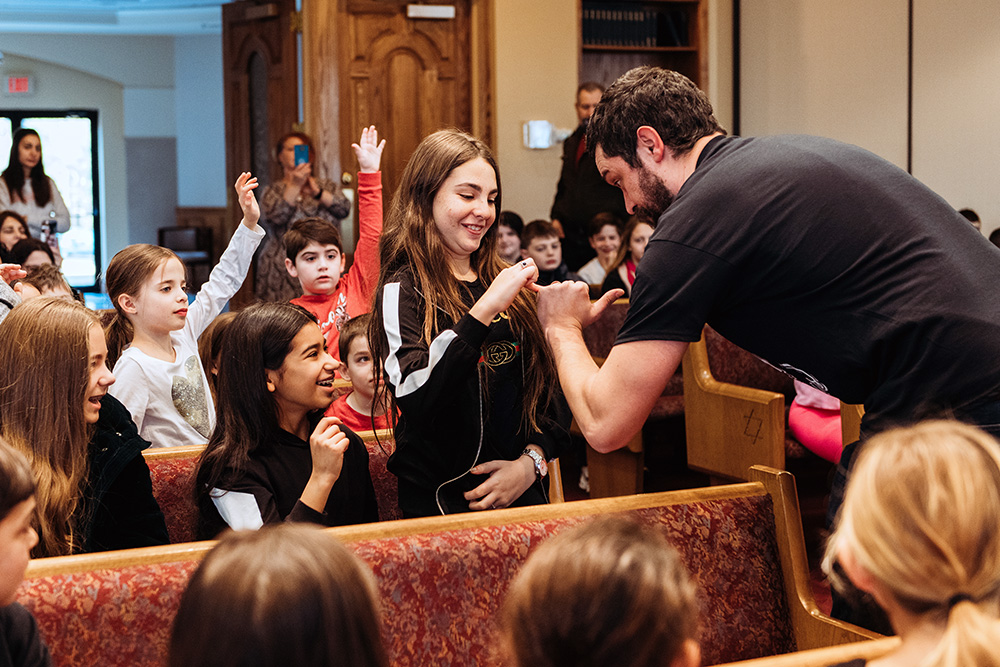 A young woman sent me a message on Facebook.

I had been very close to her family in a previous congregation. I had tutored her for bat mitzvah.

I had not had any contact with her in more than six years.

She is studying in England.

She asks me for help for a paper that she is doing on the development of mourning rituals in Ashkenazic Jewish culture in the Middle Ages.

Of course, I help her. That leads to an ongoing dialogue that continues on a regular basis.

Jonathan [not his real name] became bar mitzvah under my direction more than twenty years ago.

Like far too many young Jews, his synagogue involvement ended right after "Ein Keloheinu" at the end of the service.

"Rabbi Salkin, this is Jonathan Schwartzman [not his real name]. I have some issues going on in my life, and I wonder if you could make some time to discuss them with me."

"Jonathan, how great to hear from you. I am honored that you would reach out to me."

"Of course. You've been there for us during some very important moments in our lives. You're my rabbi."

Yesterday, while driving back from a speaking engagement in Dayton Beach, Florida, I re-connected with two rabbis of my youth. Both of them had touched my life, at different moments and in very different ways.

One encounter was in a Starbucks. The other was in the retired rabbi's home.

In both cases, I took the opportunity to remind them of how important they had been to me in my own life journey.

One of them had actually lit the spark for me, when I was sixteen years old, that made me think about becoming a rabbi.

It was during a Reform Jewish youth gathering in the winter of 1971. He gave three talks: one on the Holocaust; one on Martin Buber; one on Mordecai Kaplan.

Note: this was 1971. Very few Jewish educators were talking about the Holocaust -- beyond a few excerpts of Anne Frank's "Diary of A Young Girl."

His talk did not focus on the horror. His talk focused on American Jewry's inability to comprehend what was going on.

Those three talks were enough to make me say to myself: This is what I want to do with my life.

Why do I tell these three stories?

Sometimes -- perhaps, quite often -- clergy and religious educators wonder whether what we do actually matters.

The short answer is: Yes.

Yes, more than we could ever know.

Here is the problem -- and this is a memo to my inner self.

We tend to expect immediate results. The bar/bat mitzvah kid needs to demonstrate that he or she has "gotten" it.

It does not always work out that way.

The kid drops out. The family drops out of the congregation.

Sometimes, we are right.

Because, we only see a piece of the reality as it is unfolding.

Let me put it to you this way.

We have pieces of the jigsaw puzzle. Only God has the picture on the box.

I remember something that happened to my late father.

For the last fifteen years of his working life, my father taught photography in a vocational high school program.

Some years ago, my father told me about an email that he got from a former student.

The student had become a successful fashion photographer in Europe. The email thanked my father for having had such an influence on him.

F. Scott Fitzgerald put it this way: "You never know exactly how much space you occupy in people's lives."

More than this: The decisions that lay leaders make -- about education, youth ministry, etc. -- funding, staffing, whatever: those decisions have lasting impact.

I am as much a product of the lay leaders of my childhood synagogue as I am of the rabbis and teachers who taught me.

They created the setting for those transformative moments.

Finally, this is for parents of kids who are involved, somewhat involved, a little involved in religion.

Just as clergy and educators cannot know the effect that they have on young people, neither do parents.

Your job is simply this: Invest in your kids' religious futures.

Have a game plan. Have a vision of the adult that you want your child to be -- as a person of faith.

True -- you cannot see those futures.

But, everything you do with your kids is like a piece of the jigsaw puzzle.

You don't know how it all fits in.

Only God has the picture on the box.