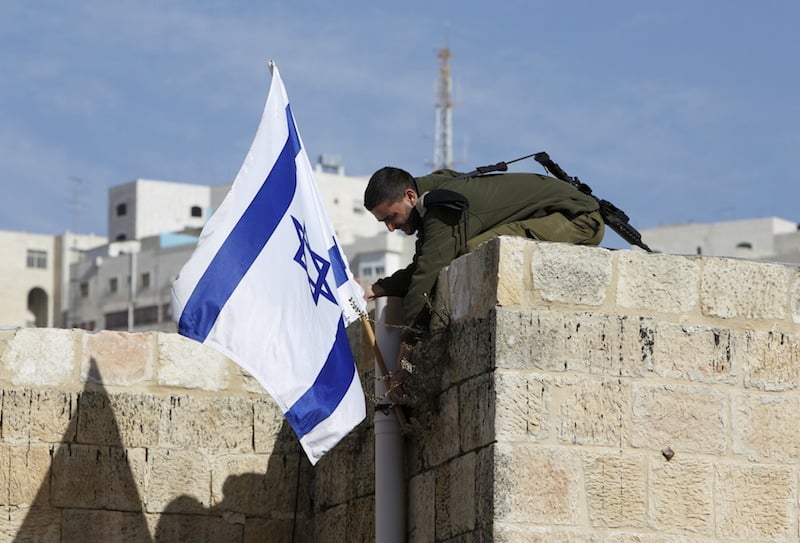 I am still thinking about the Dyke March, and I am not alone.

It should serve as a wake up call for all woke Jews.

The Dyke March in Washington, DC had sought to ban flags with a Jewish star.

Why? Because those flags too closely resembled the flag of Israel.

Two years ago, according to JTA:

Three women were asked to leave the 21st annual Chicago Dyke March after being told that their rainbow flags with a white Star of David in the center would be a “trigger,” or traumatic stimulus, for people who found them offensive. The women reportedly were asked to leave after they started defending Israel and Zionism.

I understand triggers. Those who have experienced trauma are subject to triggers, and so are their children and even grandchildren.

I once knew survivors of the Holocaust who simply could not handle Halloween, with its ubiquitous decorations of skeletons on trees.

As one survivor said to me: "I have seen enough skeletons in my time. I cannot see any more."

Back to the Dyke March. According to JTA:

[Jill] Raney [a Dyke March organizer who is also a member if IfNotNow, a Jewish leftist group critical of Israel] was focused on crafting policy around Jewish symbols, and is unaware of any policy about, for example, a Christian cross or Muslim crescent, although those appear on dozens of countries’ flags. And the march does not maintain a list of accepted and rejected national flags, though American flags would also be restricted because, Raney said, the United States commits human rights abuses.

The organizers of the Dyke March presented us with a fascinating psychological theory, as yet unproven in any graduate program.

Let us play this out.

The Dyke March not only permitted the display of the Palestinian flag. It also celebrated that inclusion.

This means that an Israeli lesbian who  lost friends or family in a terrorist bombing, perpetrated by Palestinians, would simply have to bear her own private trigger and trauma.

Let us now imagine that the Dyke March would have allowed other national flags.

Those flags with crosses. There are quite a few of them. In fact, many European nations have flags that are adorned with crosses. What about women who had been victims of abuse by Christian religious leaders? Don't they also have triggers?

Those flags with crescents. Let us imagine a Nigerian lesbian. She has a cousin who had been kidnapped by Boco Haram, in the name of militant Islam. Doesn't she also have  triggers?

Oh, they would have banned flags from all countries that have committed human rights abuses?

Let's start with Cuba. They would have banned a Cuban flag, held aloft by a proud Cuban lesbian?

Then, what about the Latina lesbian who lives in Miami? Castro forced her grandparents into exile. She sees the Cuban flag. Doesn't she also have triggers?

At a certain point, we need an expanded conversation about what it means to live in a culture where:

If there is only one symbol of an imagined flag which is capable of creating deep psychological trauma, and that symbol just happens to be the symbol of the Jewish people and of the Jewish state, let us just cut to the chase and call it what it is.

I am not even going to dignify this with the pseudo-scientific term "antisemitism."

It is raw, unabashed Jew hatred.

To those Jews who went along with it, and/or aided and abetted it:

Find me any other people, any other religion, that contains people who are so willing, ready, and able to participate in the willful, public humiliation of its own.

Do you know what reading about your actions creates in me?