(RNS) — In my visit to Montreal in early June, every conversation came back to the same issue: the impending passage of Bill 21, the legislation that passed the provincial legislature Sunday (June 16) that — in every conversation I had — was mentioned as a threat to the free exercise of religion.

The Quebec ruling party’s new law will ban public employees like lawyers, teachers and police officers from wearing markers of their faith while at work. Bill 21, which carries the subtitle “An Act Respecting the Laicity of the State,” will primarily impact visible religious minorities, such as Muslim women who wear the hijab, Jews who wear the kippa and Sikhs who wear turbans.

The Quebecers whom I met, Muslims, Jews, and Sikhs alike, were deeply concerned about how this new bill might affect their own religious communities. A Sikh schoolteacher told me that she feels constantly anxious, not knowing if she will have to leave her home in order to continue teaching elsewhere.

I understand the concern. If the precedent is set that the government can single people out for their religious appearance, what’s to stop them from expanding these discriminatory restrictions?

Based on my many conversations with people in Quebec — with Muslims, Jews and Christians alike — there may very well be a mass exodus of religious minorities from Quebec. Some said they want to stay and fight the discriminatory laws. Most, though, told me they would rather live in a place where they felt valued and respected for who they are.

Last month, legal experts for the United Nations submitted a letter stating that Bill 21 threatens freedoms protected by the International Covenant on Civil and Political Rights. Many others have argued that the legislation violates the freedom of religion as protected by the Canadian Charter of Rights.

The Quebec government has dismissed all such charges, taking the position that the new law only seeks to neutralize the influence of religion in public settings. The argument follows the logic of laicity, a particularly French approach to secularism that aims to strip religious influence in government. In 2004, French President Jacques Chirac signed into law a bill that banned conspicuous religious symbols from public schools throughout France.

The French laicity model differs from models of secularism that we see in the United States and Canada, which aim to maintain a separation of church and state but also commit to protecting the free exercise of religion for all.

Part of the irony of laicity bans is that their proponents pride themselves for being progressive in their rejection and erasure of religion from the public square. Meanwhile, they remain blind to how discriminatory its impact is on religious minorities and, therefore, how regressive it really is.

Imagine being asked to choose between staying true to your convictions or earning an income to support your family. No one should have to be in this position.

We can view Bill 21 through the lens of intention versus impact. Even if we presume that the authors of this bill do not intend it to be discriminatory, its disproportionate and unfair impact on visible religious minorities is undeniable.

Where the arguments of neutrality offered by defenders of the bill fall flat, in other words, is in the real world.

In vociferously denying its discriminatory impact and in failing to take seriously the concerns of those who will be most directly affected, the government of Quebec remains blind to another consequence that would be obvious otherwise.

The institutionalization of discriminatory legislation sanctions discriminatory behavior on the ground. By saying it is OK to treat religious minorities as secondary citizens, government officials are giving the green light to their constituents to do the same.

We have seen the violent consequences of such legislation in the United States, where the Trump administration has normalized bigotry and emboldened Americans to act on their prejudices. Hate crimes and hate groups are surging at record rates, ripping apart the fabric of American society at its seams.

As I have seen firsthand, sanctioning discrimination is not just a problem for those who are targeted. It weakens our communities as a collective, sowing animus, mistrust and, ultimately, division.

There has to be a better way.

I will be the first to agree that the United States and Canada are not as secular as we like to think. We pay lip service to the separation of church and state, yet religion in general (and Christianity in particular) has been embedded into our structures and institutions. I think these are problems that must be addressed, especially as our populations become increasingly diverse.

At the same time, we cannot accept laicity as a solution. We widely accept the free exercise of religion as a basic human right, and we must reject any solutions that require us to violate human rights in the process.

In good conscience, we must reject the logic behind Bill 21. And we must find a better way. 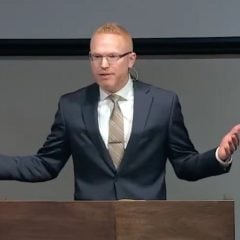