(RNS) — An official in the Buddhist group Shambhala International told police in May that a young woman was “exploring her own sexuality” when she was sexually assaulted more than a decade ago at age 13 by another man in the group and that her “exploration” fed the man’s addiction to pornography, according to a police incident report.

The official, Dennis L. Southward, 70, also told police that the woman “could do a lot of damage” to an important member of the community if she pressed charges against her alleged abuser, 54-year-old Michael Smith.

“Southward also pointed out that this incident occurred several years ago and that Smith is a business owner who is still involved in the Shambhala community within Colorado,” the police report says.

Southward went on to say that police needed to tell Smith’s accuser about the counseling he received after allegedly assaulting her.

The comments come as Shambhala International faces a wave of criticism after the advocacy group Buddhist Project Sunshine published a series of four reports detailing allegations of sexual assault by its leader, Sakyong Mipham, and other senior members.

Mipham and Shambhala International have denied parts of those reports.

Southward held a senior rank in the Dorje Kasung, a group within Shambhala International that acts as an internal security force. He has also taught courses at several local Shambhala centers.

Reached by phone Sunday afternoon, Southward declined to comment on his statements to police. He did not respond to detailed follow-up questions sent by text message and email.

“The views expressed by Mr. Southward in the incident case report do not reflect the opinion of the Shambhala organization nor its leaders,” the board said in a statement. “We remain committed to creating safe environments for families and children and stand firmly against child abuse.”

“Shambhala leadership has and will continue to cooperate and assist authorities in investigating reports of sexual assault of any kind, and encourage anyone with information about such incidents to report it to local authorities,” the statement continued.

After being contacted for this story, Shambala International’s interim board decided to launch a formal inquiry into the case by hiring a third-party investigator. 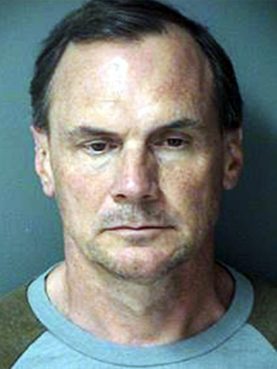 Southward made the remarks while police were interviewing him as part of their investigation into Smith after the woman came forward in February to report the abuse to police.

Smith turned himself in to the Boulder County Sheriff’s Office early Friday (June 28) after Boulder city police issued a warrant for his arrest on one charge of sexual assault on a child by one in a position of trust as a pattern of sexual abuse.

Smith posted bond Friday night and was released from custody. He is expected back in court on Tuesday (July 2) for filing of charges.

Police say Smith sexually assaulted the woman several times beginning in 1997, when she was about 13 years old, at her home while he was renting a room there from her parents, whom he had met through the Boulder Shambhala Center.

Smith, who has not entered a plea, declined requests for comment.

The woman told one of her school teachers and a close friend of her mother about the abuse in late 1998, according to the police report. The teacher reported the incidents to police, but the family decided not to pursue criminal charges and instead called Southward, who was a leader in the Boulder Shambhala community.

“(Southward’s) role in the Shambhala community was the person who deals with family conflicts or domestic violence issues within families,” the accuser’s father told police, according to a summary of his interview with police that is contained in the incident report.

“(The woman’s father) described Dennis Southward as ‘the rock’ and the one you would call for situations like the one they were dealing with,” the interview summary continued.

Another person interviewed by police described Southward as “having a health and well being role within the Shambhala Buddhist community.” Southward himself told police that “he is known throughout the Shambhala Community (sic) as someone who will address issues.”

The woman’s father spoke favorably of Southward in his interview with police, calling him a “good friend.”

But not everyone was pleased with the arrangements Southward made.

The family friend to whom the young woman reported the abuse at the time told police that she “became ‘incredibly irritated’ because Mike Smith was a Buddhist at the time, and everyone wanted to keep it in the Buddhist community.”

Boulder police say they also have been contacted by another woman, who alleged that Smith sexually assaulted her when she was 11 years old at Karme Choling, a meditation center that Shambhala International operates in rural Caledonia County, Vermont. Authorities in Vermont are investigating that allegation.

In a statement, Shambhala International’s interim board said that neither the board nor the organization’s Care and Conduct Panel, which handles allegations of sexual misconduct, was aware of the allegations against Smith before his arrest on Friday.

Police said the two survivors do not know each other and that the women came forward after police in Boulder arrested former Shambhala teacher William L. Karelis, 71, in February for allegedly assaulting a 13-year-old girl he met through the Buddhist group.

Karelis has denied the charges and pleaded not guilty. His case is pending trial.

This story has been updated to include new information about the hiring of a third-part investigator. Religion Hub
What is walking meditation?