I’ve just returned from a weekend in upstate New York, where I had the privilege of seeing the Hill Cumorah Pageant in Palmyra. Staged there since 1937 by members of the Church of Jesus Christ of Latter-day Saints, the pageant recounts a Cliffs Notes history of the Book of Mormon on a site where one of the book’s great battles is believed to have been fought. 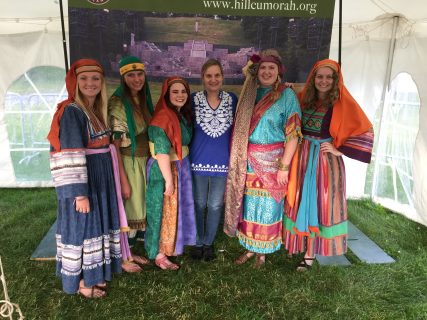 Author with cast members before the pageant.

I say it was a privilege, because despite some issues with the pageant (outlined below), I’m grateful that I got to see it live in its penultimate year. 2020, which Mormons will celebrate as the 200th anniversary of founding prophet Joseph Smith’s “First Vision” in Palmyra, will be the pageant’s last.

It’s not just Latter-day Saints who are sad to see it go; it’s also some locals in the Palmyra community.

While in town I chatted with residents who told me how important these two weeks in July have become for the local economy, especially for the Lion’s Club and the Rotary Club, which receive the bulk of the funding for their charitable endeavors throughout the year by selling concessions at the pageant. (I highly recommend the Salt Potatoes, a regional specialty in which potatoes are drowned in butter and salt as the good Lord intended.) 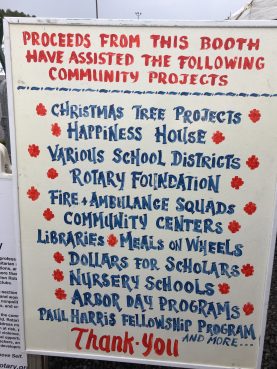 Some of the charitable causes that the local Rotary Club supports with funds raised during the pageant.

We arrived quite early to get seats; it turned out there was no need for this as there were plenty of seats left unclaimed by sundown. But the early-bird advantage was in talking to folks, especially some of the hundreds of cast members. These volunteers from all over the country are sometimes from families where pageant participation has become a tradition.

I spoke with a college student and his father from Colorado who are living this month in the empty dorm rooms of a local community college while they take part in the spectacle. It seemed to be a wonderful intergenerational bonding experience. Other participants bring RVs or tents and make their temporary home in a park nearby that has been nicknamed “Zion’s Camp,” referring to an 1834 overland journey that Joseph Smith took with some of his closest (and most quarrelsome) followers. It sounded like the modern-day RV version was considerably more comfortable and congenial than the 1834 original.

In all, I enjoyed the pre-pageant conversations and people watching more than the actual pageant. 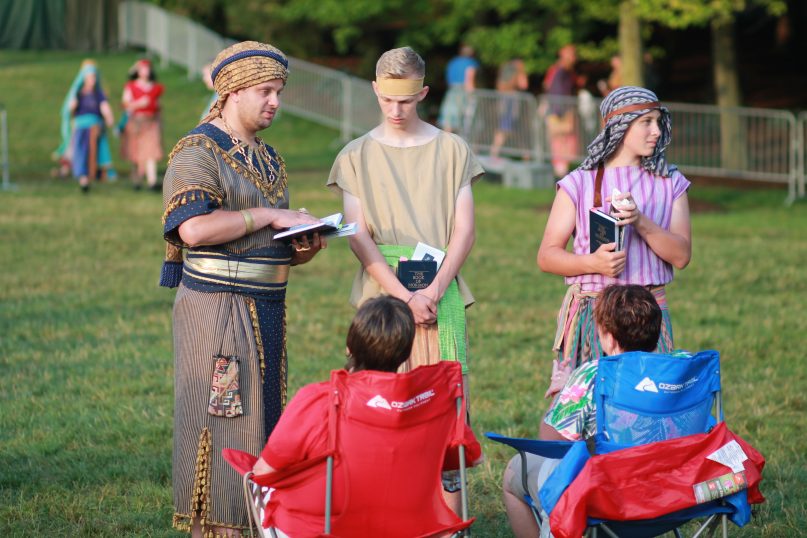 On the plus side, the lighting, sets, and special effects are impressive, as is the sheer size of the cast of more than 700. Some of stagecraft is truly remarkable, such as the shipbuilding scene and the pyrotechnically stunning deaths of both Abinadi and the wicked king.

Many other things about the pageant feel stilted and out of date. The music can be cheesy. When Nephi realizes from a vision that the prophesied Messiah will one day be killed, the soundtrack takes a melodramatic and obvious Dun Dun Duuuun! turn. And the whole presentation, from music to monologues, is prerecorded, which I’m sure is logistically convenient but detracts from the sense that it’s a live performance.

There are also problems with the inherent appropriation of a mostly white cast dressing in costumes meant to evoke a genericized “native” culture. It made me uncomfortable to see how some of the pageant’s Lamanite characters let off stylized war whoops as if we had not evolved past The Lone Ranger’s clumsy, one-size-fits-all depictions of indigenous groups in the 1950s. I’m glad to see that blackface minstrelsy has largely disappeared in American popular culture. I hope that “redface” appropriations will be the next to go.

And the script is straight out of a 1950s Cecil B. DeMille playbook, with the various heroes holding forth in King James English accompanied by exaggerated hand gestures from actors who are trying their best with the material they’re given. In well over an hour of content there is not a single moment of intentional humor. You know a script is problematic when its most relatable characters are the evil villains, if only because they are permitted to use contractions. The good son Nephi, who utters phrases like “Touch me not!” to his misguided brothers, comes across by contrast as something of a pedant. He may be heroic, but he’s almost aggressively uninteresting. 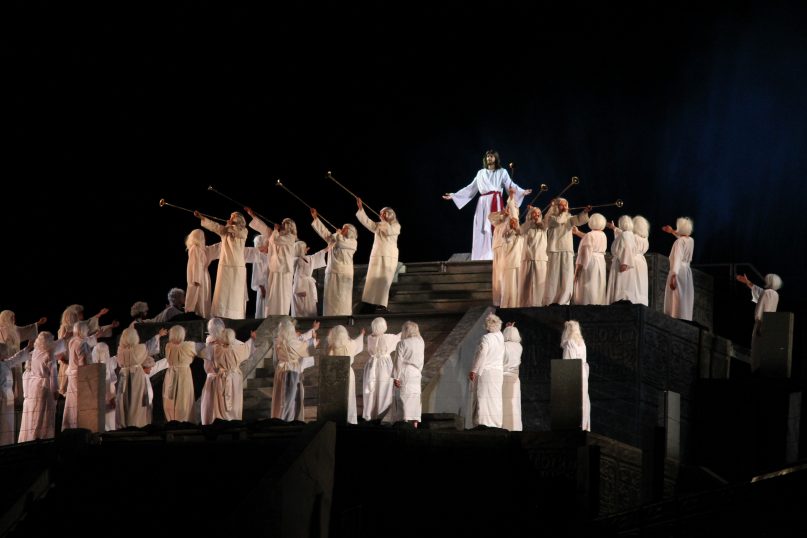 I realize that it’s hard to convey dramatic nuance and characterization in a theatrical spectacle that is trying to meet the needs of thousands of people—and that the show is aimed at visitors who may not know much about the Book of Mormon. But it has lost the human element of what should be a fundamentally human story. One reason I love the Book of Mormon is that while it dares to gaze unflinchingly at the strife and selfishness that creep into, and even saturate, human life, it also shows how our cycles of depravity are punctuated by brief, ineffably sweet, periods of peace and goodness. The Book of Mormon is about a series of peoples who are confronting their own wickedness and impending obsolescence, and trying to mitigate that doom through repentance, urgent record-keeping, and a constant admonition to remember.

The pageant feels at times like a large-scale diorama, impressive in scale but devoid of life. Seeing it did not move me nearly as much as the conversations about the pageant did—about how participating in it through the years has brought families closer together and strengthened individuals’ faith.

I’m happy to hear that the Church has not done away with pageants altogether; the Mesa, Arizona Easter pageant, for example, has gotten the green light to continue. But I think it’s time for the final curtain call of the Hill Cumorah Pageant as it’s presently staged.