(RNS) — Filled with sex, violence and profanity, it may not be the feel-good movie of the summer.

And Academy Award-winning filmmaker Guy Nattiv is careful to note it’s not a redemption story.

But Nattiv’s new film, “Skin” — inspired by the true story of Bryon Widner’s departure from white supremacy — is, at its core, a story about good and evil and people’s capacity to change.

“I really wanted to tell a story that deals with forgiveness and acceptance,” Nattiv said.

It’s hard to ask people to forgive, the Israeli filmmaker said. But acceptance is a different matter. If you can’t accept someone who wants to leave hate behind, he said, you don’t give them a chance to change.

And Widner wanted to change.

He spent more than a decade as part of Vinlanders Social Club, a white supremacist group that becomes “Viking Social Club” in Nattiv’s telling. In the mid-2000s, Widner and his wife decided to leave the movement, according to the Associated Press.

But starting a new life was difficult, as Widner’s face and body were covered with white supremacist tattoos.

He found an unlikely ally in the help of Daryle Lamont Jenkins of One People’s Project. 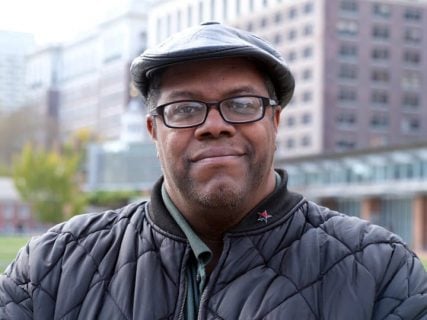 One People’s Project grew out of a protest against a Nationalist Movement rally in 2000 in New Jersey, tracking, publicizing and even confronting people and groups that are part of what has become known as the “alt-right.”

It has been called the “most mainstream and well-known anti-fascist, or antifa, organization.”

Jenkins didn’t set out to help get people out of white supremacy — that just happened by “default,” he said. Eventually, people grow up and want out.

“Our attitude has been, well, we’ll keep the door open for you. You just gotta walk through,” he said. “In the meantime, if you don’t walk through, we still gotta do what we gotta do.”

Those people have to have a sense of atonement — they have to feel the need to atone for what they have done, Jenkins said. He can’t do that for them.

But he does hope to be a “guiding light” that can illuminate the path so they can map their way out.

Jenkins, whose father was a drug counselor and mother is an elder in her church, said he has seen too many people use faith as a weapon to push others away rather than extend it as a ladder to those who seem unreachable.

People like Widner are “looking for something,” Jenkins said. “They’re looking for hope in their life, and that’s what faith provides. That’s what Christ provides.”

There are no overt mentions of religion in “Skin,” aside from the white supremacists’ mentions of “the Odin gods” of their ancestors. 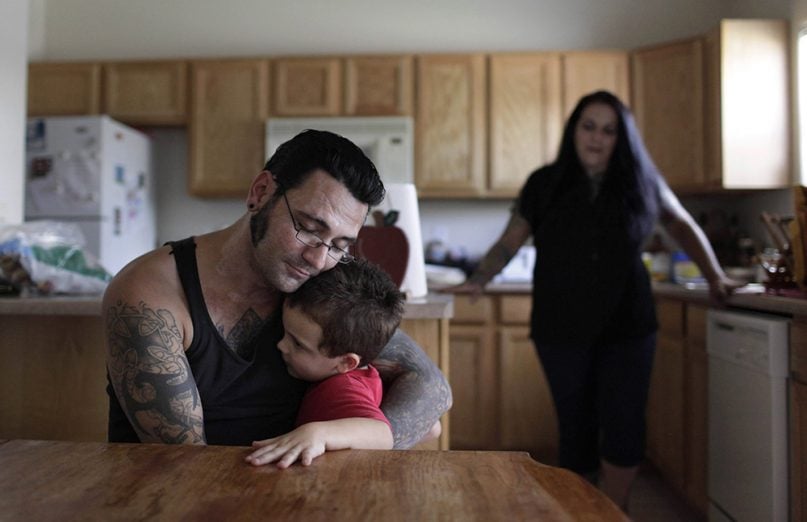 Bryon Widner hugs his 4-year-old son, Tyrson, at their home as his wife Julie watches on Aug. 1, 2011. After getting married in 2006, the couple, former pillars of the white power movement (she as a member of the National Alliance, he a founder of the Vinlanders gang of skinheads) had worked hard to put their racist past behind them. (AP Photo/Jae C. Hong)

But the 2011 documentary “Erasing Hate,” documenting Widner’s painful treatments to remove the tattoos from his face and hands after leaving the white supremacist gang, hints at the role religion played in the real-life story.

Widner’s family bows their heads in prayer, and his father-in-law expresses surprise at finding faith in Jesus after years of spewing racism.

Christianity has helped Widner overcome some of his demons and obstacles, Nattiv said.

It also animates Jenkins’ work with One People’s Project.

The One People’s Project founder said he knows not everybody agrees with his approach, but he hopes they’ll talk about what they can do to stop hate. That can start with learning and understanding.

“If you can do better, please do. Please do anything,” he said.

Nattiv read an article about Jenkins and Widner about eight years ago and heard in it echoes of the lessons he had learned about acceptance, dialogue and forgiveness, which were a departure from the rage of his grandfather, who had studied in Yeshiva but lost his faith after surviving the Holocaust.

Jenkins and Widner’s story had that rage, he said. It also had a sliver of hope. 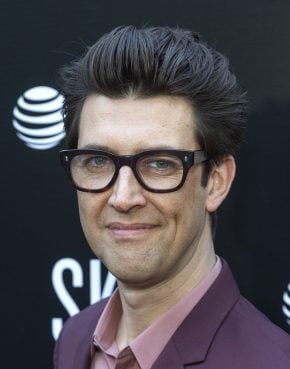 Guy Nattiv attends the LA Special Screening of “Skin” at the ArcLight Hollywood on July 11, 2019, in Los Angeles. (Photo by Willy Sanjuan/Invision/AP)

Nattiv said he grew up keeping the Jewish holidays and believes in the “gods of cinema” — in “bringing the message to the people through storytelling.”

He’s not going to change the world with one movie, he said, but he hopes it will evoke conversation.

“Skin” released in July, and Nattiv said he already is hearing from two different groups: Those who say it’s important to listen and dialogue and those who question why he would make a movie about a monster, someone they could never forgive.

He has also seen people soften their approach toward Jenkins and Widner at screenings after they’ve watched the movie, he said.

Since the filmmaker began working with the two to bring their story to the screen, white supremacy and white nationalism have been on the rise.

A gunman who was allegedly inspired by white nationalism killed 11 worshippers at Pittsburgh’s Tree of Life Synagogue in the deadliest attack on Jews in U.S. history.

The suspect in another fatal attack on a synagogue in California also had white supremacist leanings, which he said his faith justified.

And a white supremacist rally in Charlottesville left one woman dead.

Jenkins believes white supremacy can be defeated. It won’t be easy. And there will be no easy redemption for white supremacists, even if they renounce their racism.

Still, he won’t give up.

“I have confidence that we are going to be able to find a solution because I think we are stronger than we give ourselves credit for,” he said.

“But it’s all going to depend on the kind of effort we put in. That’s all.”