(RNS) — A new study of how the media covers minorities in the United States finds that depictions of Muslims in the news remain by far the most frequent and the most negative.

“Muslims are just way down there in comparison to the other groups,” said Erik Bleich, director of the Media Portrayals of Minorities Project Lab at Vermont’s Middlebury College. “It’s pretty amazing.”

About 9,000 of those articles mentioned Islam or Muslims, which constituted more than a third of the total articles analyzed. The second-most-covered minority group were African Americans, who were the subject of about 6,500 articles. Jews were mentioned in nearly 6,000 articles, of which the average tone was neutral.

Researchers scored each article on how positive or negative it was, then compared the average result for each group to the average U.S. newspaper story.

Any score above 0.5 or below -0.5 denoted clearly positive or negative connotations, respectively. Coverage of Muslims was averaged out to -0.7, a number Bleich called “striking.” “But it turns out that even if you take all of those articles out of your equation, stories about Muslims are still more negative than stories about any other group,” Bleich explained.

Researchers noted that the average tone of Muslim articles in the U.S. has become less negative over the past five years, which they linked to the decline in coverage of the Syrian refugee crisis and the Islamic State group, though both issues were each mentioned in more than 30% of articles last year.

The study also identified the types of stories that are more likely to be positive or negative — coverage of culture or education, for example, is overall substantially more positive than stories on politics or law and order.

Bleich’s analysis found that coverage of Muslims differed from the other groups in this regard as well: Stories mentioning Islam were the least likely to be about culture and education, and the most likely to be focused on politics and law and order.

“By giving relatively less attention to other aspects of Muslim life that are shared by all identity groups — culture, education, domestic politics — newspapers may make it harder for readers to see Muslims as part of mainstream American society,” the report said.

One such source of positive news coverage may be obituaries and wedding coverage, which are typically celebrations of individuals’ accomplishments and were a boon to positive coverage for Jews in 2018, Bleich suggested.

“It’s fascinating to me who gets covered in wedding announcements, who gets covered in obituaries,” he said. “These are subtle things, but the representation of successful people doing ordinary and extraordinary things — that’s not so much there for Muslims in the United States.” 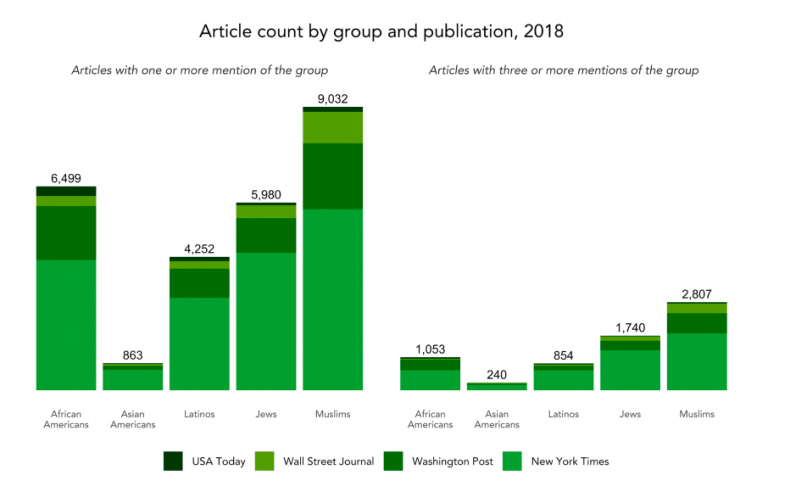 “In the United States, we’re pretty used to talking about anti-Semitism. … It’s as part of the national conversation,” Bleich said. But the term “Islamophobia” is newer and considered more politically contentious, he noted. 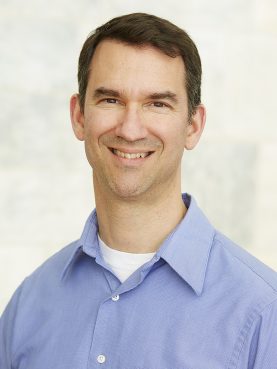 “The problem is whether these papers are comfortable covering Islamophobia at the same level or naming it in the way that they are comfortable naming anti-Semitism as a problem in the United States,” he said.

A previous study of newspapers in the U.S., Great Britain, Canada and Australia from Bleich’s lab found that between 1996 and 2016, there was not a single month in which the average tone of articles published about Muslims was positive. The study also concluded that coverage of Muslims had become increasingly negative over time.

Yet another study led by Bleich, examining articles published in The New York Times and The Guardian between 1985 and 2014, found that headlines about Muslims are more negative than those about Jews or Catholics.