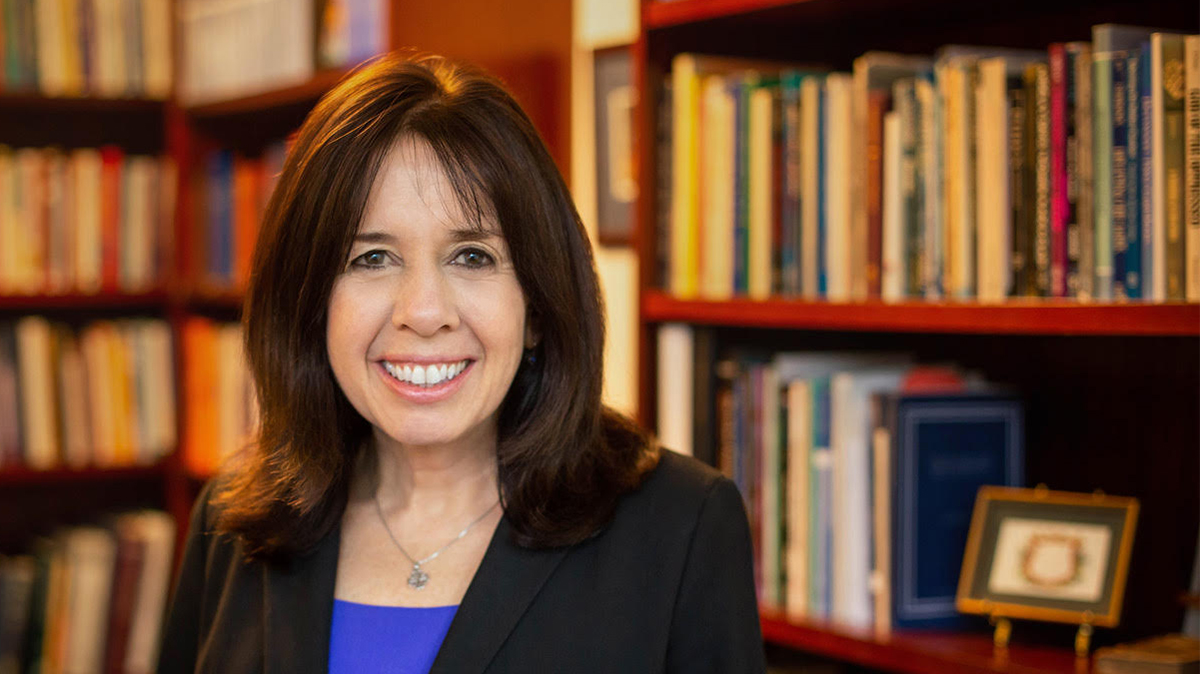 But childist biblical scholar Julie Faith Parker does think adult readers have a lot to learn from the children in the Bible as well as the children around them.

Parker, associate professor of biblical studies at the General Theological Seminary of the Episcopal Church in New York City, is one of the pioneering scholars in the field of childist biblical interpretation — a term she helped introduce in biblical studies in the last decade. She defines it as “interpretation that places a child, children, youth or concerns related to young people at the center” — more analogous to “feminist” or “womanist” than to “racist” or “sexist.”

“It's a new field, and it's really gaining steam quickly,” she said.

Parker talked to Religion News Service about what childist biblical interpretation is, where it came from and why it can change not only the way people read the Bible, but also how they engage issues impacting children.

What is childist biblical interpretation?

It's pretty new. The term “childist” itself really was introduced to the field in 2013, and work has been pouring off the presses since then.

Scholars are starting to look at children of the Bible the way feminist scholars have been looking at the women of the Bible. Before the 1970s, there were really almost no academic books on women in the Bible, and now there are hundreds, if not thousands.

People used to not see the women in the texts, and when scholars started lifting up these stories in new ways, people started noticing them a lot more. We're doing the same thing with children, and people are discovering them throughout the text because they're there. 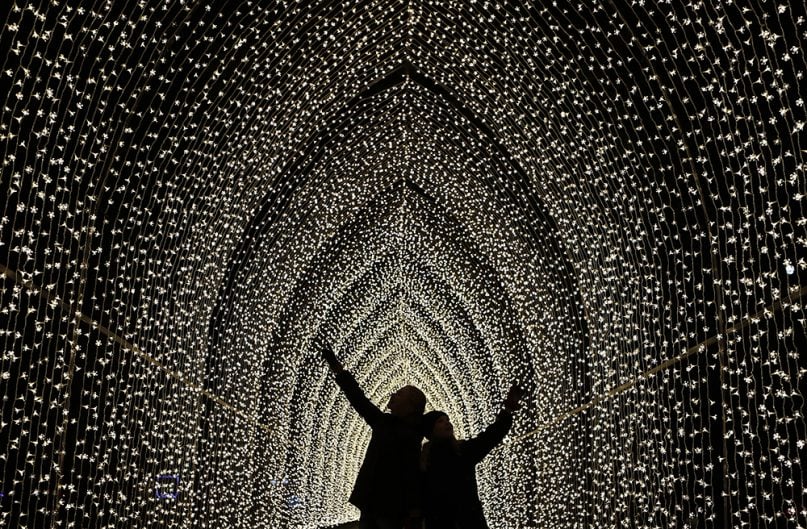 Children walk through the Cathedral of Light as part of the illuminated trail through Kew Gardens in London, on Nov. 21, 2018. (AP Photo/Frank Augstein)

How did you become interested in the stories of children in the Bible?

I'm ordained in the United Methodist Church. I worked full time in ministry until I had a dream on June 2, 1996, in which I believe God called me to teach the Bible.

Long story short, I got my Ph.D. in 2009 from Yale. The entire time I was doing my Ph.D. research, I knew that I wanted to look at children in the Bible. It really came from an academic interest, realizing that there was a huge lacuna in the field. I love kids, but it wasn't like I was always a camp counselor or I was a youth pastor. It was very exciting because, throughout my coursework, children cut across the entire Hebrew Bible, which is my field.

Another great hope with this work is that I will call attention to struggles that children face within the Bible that are really struggles that children face around the world. For example, this past July I gave a paper in Rome at the international Society of Biblical Literature meeting, and that paper was called "Hardly Happily Ever After: Trafficking of Girls in the Hebrew Bible." Though those stories are short, they are all there. And my hope is that it will call attention to some of these struggles that millions of girls are dealing with today. A lot of people care about the Bible, and to use the text as a way to show them how we need to care about children in the world, too — I'm hoping (it) can be a powerful vehicle.

What are some stories about children in the Bible that people are most familiar with?

I think some of the familiar stories are what I would call your “Bible child stars” — you know, Moses in the bulrushes in Exodus Chapter 2. I'm looking at the rest of that chapter: His sister Miriam is also young, and Pharaoh's daughter is young. There's a lot of girls that work in the story. We tend not to see them that way because that's not how they're often portrayed in various presentations — movies and things — but they really would be girls, teenagers, youth certainly by our standards.

So we're suggesting this really helps to undergird the message of that story because the whole point is the underdogs win. If your main actors are girls, they're real underdogs in that society. Kids are the ones who are changing everything here.

The 1602 painting “Joseph Sold into Slavery by his Brothers” by Damiano Mascagni. Image courtesy of Creative Commons

Some of the other more famous stories would be that of Joseph in Genesis Chapter 37. He is sold by his brothers into slavery. The text tells us he's 17 years old, so he's young. I also think of the story of young Samuel in the temple where he was called by God and he hears God repeatedly when he is there as a child. He becomes one of the great leaders of Israel, but he's introduced as a child. I think of young Rebekah in Genesis Chapter 24. She is not yet married, so she's a girl living in her father's home, and she is instrumental in inviting Abraham's servants into the home. And then when she leaves to go marry Isaac, she is asked first if she wants to go. She says yes, and then she receives this blessing: “May you be the mother of myriads. May you possess the gates of your foes.” And that is the same blessing that Abraham receives in Genesis Chapter 22. Esther would be very young. The prophet Jeremiah gets a calling as a child. David is also a child when he defeats Goliath.

I think they're really overlooked for the most part. The first time Jesus speaks in the Bible is as a child. I don't hear anybody talking about it. I've been a churchgoer my whole life. I'm an ordained minister.

I think that people are not used to noticing children in the text, and once you start to notice them, you realize they're all over the Bible, and it's very exciting.

Part of it is how we understand children. Every idea of who is a child is a construct of a particular culture and economic and cultural realities of a certain time and place. Our ideas of who a child is — our Western ideas from the post-Enlightenment Age — are really very romantic. Children are sweet, they're innocent, they're carefree. That is not necessarily true. So let's strip away these ideas, and let's take a look and see what the text brings forward. Let's recognize our own biases and clear them out as much as we can to see what the text shows us about children.

How does a childist perspective change how one reads those stories?

I also teach a class called Moses, Miriam and More Children of the Bible, and the class is one-third theory, and then the bulk of the class we look at different texts that have to do with the stories of children, and then the final section of the class we bring it to the life of the church — what can we do to recognize children's contributions and to support them in their own spirituality, in their own learning?

We live in a very age-segregated culture. If you're an academic, for example, and you don't have children within your family or friend circles, it would be very easy to go through decades of your life without a significant conversation with a child. Not so in the ancient world. In the ancient world, it is age-integrated. There's no word for privacy in the Hebrew Bible. Everybody is together.

How can that deepen or challenge one’s understanding of God?

I think it broadens our understanding of God. I think it helps us to seek God in places that we're not necessarily used to looking.

We see that when God chooses a vessel to use in the Bible to liberate people, it's children. Moses is the savior who brings the people to the Promised Land. Moses comes to us first as a child. Jesus is the savior for Christians. He comes to us first as a child. But we're not used to looking to children's contributions even though they're right there for us in the text.