COLLEGE PARK, Md. (AP) — A federal judge has thrown out a psychotherapist’s lawsuit challenging Maryland’s ban on treating minors with conversion therapy, the practice of trying to change a client’s homosexual orientation.

RELATED: In some Christian circles, a new #oncegay movement makes a comeback

Roger Gannam, one of Doyle’s attorneys, said Monday that they will appeal the decision. Doyle is represented by lawyers from Liberty Counsel, a Christian legal advocacy organization based in Orlando, Florida.

Gov. Larry Hogan, a Republican, signed the measure into law in May 2018. The law, which took effect in October 2018, made Maryland the 11th state to enact legislation against conversion therapy for minors.

In her 25-page ruling, Chasanow said the legislation is supported by research and findings of professional organizations that demonstrate conversion therapy is likely harmful to minors.

During a hearing, Doyle’s attorneys argued the law doesn’t distinguish between voluntary and forced change efforts.

“However, children under the age of 16 do not have capacity to consent to psychological treatment,” the judge wrote, saying Doyle hasn’t offered a viable alternative “that would achieve the narrowing effect he desires.”

Gannam said plaintiffs’ attorneys disagree with the judge’s analysis of the case and the standard that she applied in evaluating their First Amendment arguments.

“The mistake is treating the speech of professionals like Mr. Doyle differently from other constitutionally protected speech,” he said.

Doyle also argued that the ban violated his clients’ First Amendment right to receive information. However, Chasanow ruled in August that Doyle couldn’t bring claims on his clients’ behalf.

Doyle’s lawsuit, filed in January, named Hogan and state Attorney General Brian Frosh, a Democrat, as defendants. Raquel Coombs, a spokeswoman for Frosh’s office, said conversion therapy “relies on the false premise that an LGBTQ individual is broken and must be fixed.”

“Advocates of this type of therapy are selling something that doesn’t make people’s lives better, (but) rather, as the court agreed, is actually harmful to minors,” Coombs said in a statement.

Doyle is a mental health therapist at Patrick Henry College in Purcellville, Virginia, and is executive director of the Institute for Healthy Families in the Washington, D.C., area. 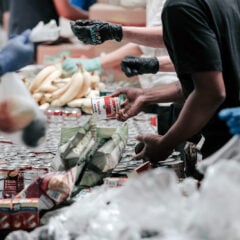