(RNS) — Civil war is in the news. On Sunday (Sept. 29), Southern Baptist pastor Robert Jeffress warned in a television interview that if the current impeachment inquiry ends in President Donald Trump being forced from office, it could lead to a “civil war like fracture in this nation from which this country might never heal.”

Not surprisingly, Trump tweeted Jeffress’ comment out to his millions of followers.

Jeffress’ rhetoric is reckless and is meant to intimidate — but it isn’t all wrong.  We are at historic, civil war levels of animosity and distrust between Americans, but the divide is not because of the impeachment, or even Trump.  On Election Day of 2016, the University of Southern California released a report specifically called “Political Polarization Is at Its Worst Since the Civil War.” Two years later, 1 in 3 Americans told pollsters that they felt a civil war was imminent.

The most obvious and ominous reason for this deep division is that even as the United States becomes more diverse, we are not turning that diversity into a productive and positive pluralism. Instead, our diversity is being manipulated to produce fear and distrust, reinforcing our tendency to retreat into bubbles of people with whom we most closely identify.

According to a startling Pluralism Survey completed this year by Public Religion Research Institute, only 50% of Americans say they have meaningful interactions with religious groups outside of their own more than once a week. One in 10 Americans, PRRI found, say they never have any interactions with people whose religious backgrounds or worldviews differ from their own.

For Americans ages 19-29, the numbers are even lower. Despite their connectedness online, younger generations are actually worse at interacting with people of other backgrounds. Instead of weaving together a unified tapestry of a nation, we are creating a ragged quilt with only the loosest of strings holding together our proximate, discrete parts. 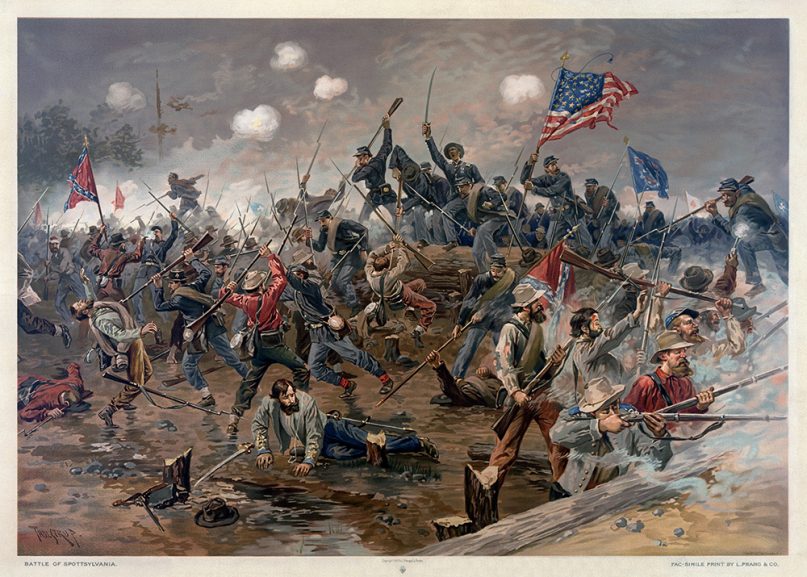 If Americans don’t begin to forge bonds across religious, political, racial and other forms of diversity, distrust between communities will harden, leading to a brittle nation, susceptible to fracture. If something doesn’t change, we might not make it as one nation.

Anyone who is searching for answers to this problem should read a new report called “Friendships Matter,” published today as part of the Interfaith Diversity Experiences and Attitudes Longitudinal Survey. IDEALS is the largest religious diversity longitudinal study ever undertaken in higher education.

The report suggests that the long-term solution to our divides may be simple: friendship.

While American  colleges have been described of late in the media as bastions of intolerance and division, it turns out that institutions of higher learning are, in fact, places where students can gain appreciation of worldviews different from their own and reduce prejudice.

In a past life, I was the associate dean of religious life and the chapel at Princeton University and, earlier, a denominational chaplain at Columbia University.

My experience on college campuses has been that students’ proximity to those of different cultures allowed them, and their faculties, to engage in a deep investigation of the world and display a curiosity about one another that we can lose after entering the “real world.”

The “Friendships Matter” report lays out how making friends with someone of a different worldview can lead us to appreciate those who hold that worldview, and even alternative worldviews as a whole. It also highlights the resilience of what the researchers are calling “inter-worldview” friendships, with the data showing that more than 50% of their friendships are able to endure substantive conflicts of worldviews.

Friendship is best not left to chance. The report offers recommendations on cultivating friendships in college, including relationship-building activities during orientation, interfaith discussion groups or interfaith courses where students can get to know one another at a deeper level.

Friendship can sound like weak tea in the face of what we are facing today. However, I would suggest that friendship can be a spiritual practice that might save our own spirits and our world. Anyone reading this knows how hard it is to maintain friendships with people with whom we have conflicting worldviews. I personally wrestle with my own silos of friendships, mostly cleaving to people who politically agree with me, while maintaining, what is for me, the easier goal of interfaith friendships. The political realities of the moment reinforce my isolation, feeling threatened by some rhetoric.

I’m also aware that there are those who are on “the other side,” who have similar feelings of being under threat and attack. It is a worldview that I don’t really understand, and don’t agree with — but a friendship like the ones described in “Friendships Matter” opens the door to further conversation.

Because I have a person in my life of real flesh and blood who represents a different worldview than me, friendship asks me to pause and reflect and engage before going to demonization and zero-sum game scenarios.

My hope is that colleges and universities will take seriously their role in creating spaces in intentional and casual ways for students to develop interworld friendships – they may be one of the most powerful tools we currently have to offset the cracking of our society and to build a more hopeful future before it is too late.

(Paul Brandeis Raushenbush is senior adviser for public affairs and innovation at Interfaith Youth Core and former president of the Association for College and University Religious Affairs. The views expressed in this commentary do not necessarily represent those of Religion News Service.)