(RNS) — On his 40th birthday, ad executive Daniel Miller bought himself a BMW to celebrate the happiest day of his life.

Then, in a 1990s version of distracted driving, Miller took his eyes off of the road to grab a loose CD and ended up in a fatal head-on collision with a bus.

That accident in the opening scene of the 1991 film "Defending Your Life" lands Miller, played by writer and director Albert Brooks, in “Judgment City,” a resort hotel version of purgatory.

In a scene that foreshadows today’s culture of surveillance — where a camera appears to always be watching us — the trial features a highlight reel of Miller’s life where he has to face up to his past decisions, both good and bad.

“Every second of every lifetime is always recorded, and as each one ends, we sort of look at it,” his defense attorney Bob Diamond, played by Rip Torn, tells him. “Look at a few of the days. Examine it. And then, if everybody agrees, you move forward.”

In Brook’s version of the afterlife, Judgment City is devoid of God, and those who run the universe care not about morality but about a defendant’s capacity to overcome fear. But his vision that someone is always watching us — and has a recording device handy — existed in religious contexts long before the advent of modern technology or science fiction. 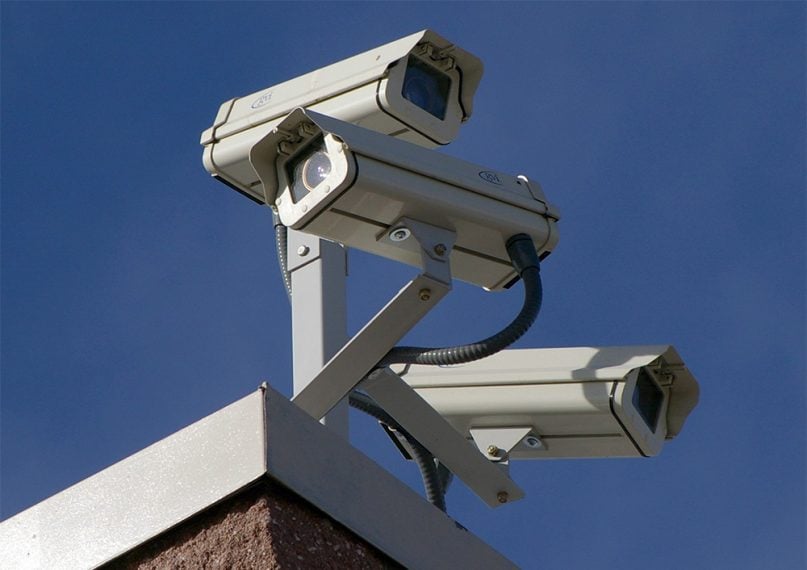 More than 17 centuries ago, the rabbi Judah ha-Nasi warned we are all under divine surveillance.

“Know what is above you: an eye that sees, an ear that hears, and that all of your actions are being written in a book,” he said in "Ethics of the Fathers," a tractate of the Mishnah, which was codified around the year 200.

And even earlier, Ecclesiastes cautions against cursing the powerful even in one’s inner chambers, because the walls, essentially, have ears.

“The fowl of the heavens carry voices,” the Old Testament book states, “and the winged will say things.”

George Orwell, author of “1984,” drew on a religious vocabulary when creating his fictional surveillance state where if you want to keep a secret, you must also hide it from yourself.

Orwell modeled his totalitarian state, Oceania, on the Roman Catholic Church, said David Rosen of Trinity College and Aaron Santesso of Georgia Tech, co-authors of the book “The Watchman in Pieces: Surveillance, Literature, and Liberal Personhood.”

The chief “1984” torturer, named for a parish priest, parodies Catholic confession in his torturous methods.

“Orwell saw the confessional as the most effective means of surveillance before the modern era: the presence of an all-seeing God, acting through a priestly caste, motivated the individual parishioner to tell the truth about his or her thoughts and deeds,” Rosen and Santesso said in an email.

Daniel Epstein, an Orthodox rabbi and senior Jewish educator at George Washington University Hillel, grew up being told that all of his actions were being divinely recorded. He remembers taking solace in the idea that he was never alone and that no good deed was unnoticed and undocumented.

“Nothing you do is secret,” he said, noting that this exposure of even private missteps is tied to the main motif of the Jewish High Holidays, Rosh Hashana and Yom Kippur.

A phrase that is often rendered as fearing the divine, yiras Hashem in Hebrew, also means “awe of God” instead to Epstein, who noted that the Hebrew root can refer to either fear or awe.

Just as he considered divine surveillance comforting in his youth, he thinks of it nowadays as akin to a father ensuring his children are safe in a pool.

Epstein said he knows that not everyone feels the same way about surveillance by the police or authorities. As a white man, he said, he feels less concerned that someone will use that surveillance against him.

And the possible misuse of surveillance is a concern for some religious groups.

In San Diego, for example, the use of so-called smart streetlamps that feature cameras means that the city’s mosques could now be under surveillance by the city, according to local Muslim leaders.

“With the metadata that these lights track, they can look at everyone that enters, every car that enters and leaves those mosques,” Dustin Craun, executive director of CAIR-San Diego, told Religion News Service in September. “They can create data profiles about our populations, about who’s at the mosque most frequently.” One of the new smart streetlights that are being installed in San Diego. Photo via SanDiego.gov

Diane Ahlquist, a speaker and author of the 2007 book “The Complete Idiot’s Guide to Life After Death,” sees the idea that our lives will be reviewed after death as a positive. Ahlquist believes in reincarnation and multiple lives, where souls keep going until they get it right.

“It is a cleansing, but sometimes if you aren’t clean enough, you come back for more purification,” she said. “I think the soul eventually will dwell with God or coexist, and it needs to be evolved to a level of peace and enlightenment. That’s why the soul needs to develop.”

She believes that people are less afraid today of what happens after they die. Ahlquist chalks that influence up to technology and television.

“We hear about people claiming to have near-death experiences. With internet videos and podcasts, people can view interviews and decide for themselves when the mood strikes them,” she said.

“I think the more knowledge we gain the closer we are to our higher power, and I feel we are on this planet to gain knowledge for our souls to grow.”