(RNS) — Each week Religion News Service presents a gallery of photos of religious expression around the world. This week’s gallery includes unrest in Haiti, the exhumation of Francisco Franco and more. Catholic faithful participate in prayers for Haiti at Christ the King Church, ahead of a march called by religious leaders in Port-au-Prince, Haiti, Tuesday, Oct. 22, 2019. Thousands of Catholic faithful, clergy, and protesters joined the march calling on the government to take action to better the lives of ordinary Haitians. While large groups of marchers sang religious songs and prayed, many also chanted political slogans calling for the resignation of President Jovenel Moïse. (AP Photo/Rebecca Blackwell) 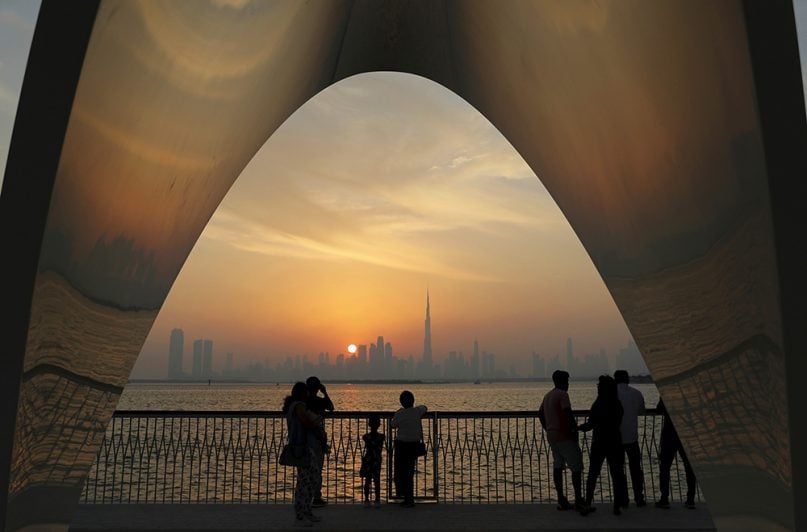 Somewhere in an upscale neighborhood of Dubai, United Arab Emirates, shown here at sunset, is the first fully functioning synagogue in the Arabian Peninsula in decades. Though its members keep its precise location secret, the synagogue’s existence and the tacit approval it has received from this Islamic sheikhdom represents a slow rebirth of a burgeoning Jewish community in the Persian Gulf. (AP Photo/Kamran Jebreili) 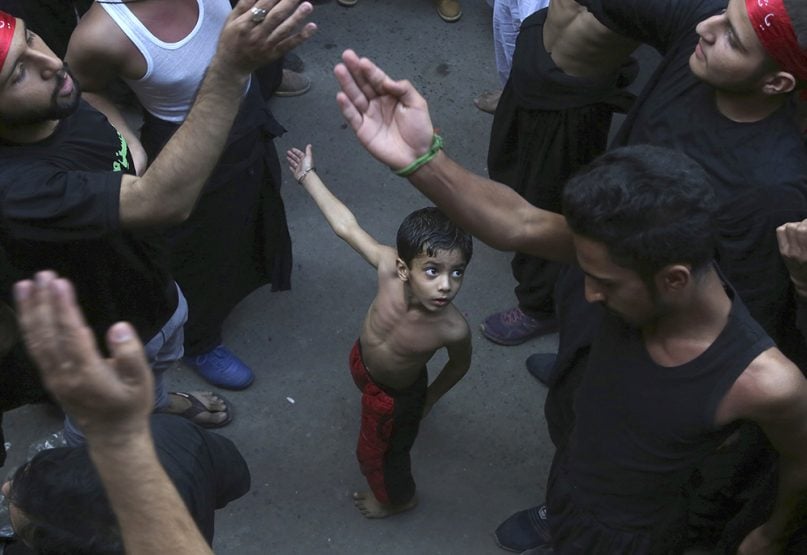 A Shiite Muslim child beats his chest next to his father during a procession to mark the end of the 40-day mourning period following the anniversary of the death of Imam Hussein, the Prophet Muhammad’s grandson and one of Shiite Islam’s most beloved saints, in Lahore, Pakistan, Sunday, Oct. 20, 2019. (AP Photo/K.M. Chaudary) 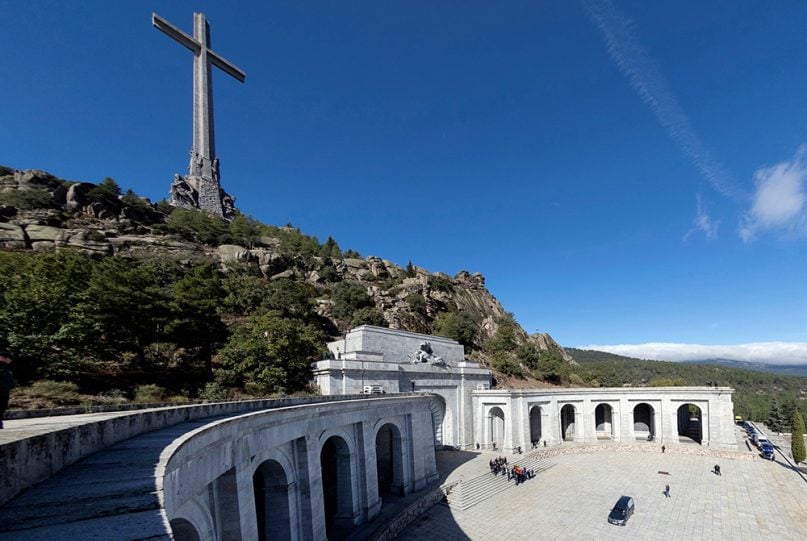 The Franco family accompanies Spanish government officials during the exhumation of the remains of the dictator Francisco Franco in the “Valley of the Fallen” on Thursday, Oct. 24, 2019. The Supreme Court of Justice approved that the body of the dictator be exhumed and moved to the cemetery of El Pardo in Madrid, where Franco’s wife, Mrs. Carmen Polo, is buried. Franco was allied with Adolf Hitler in World War II. Credit: Jorge Rey/Media Punch /IPX 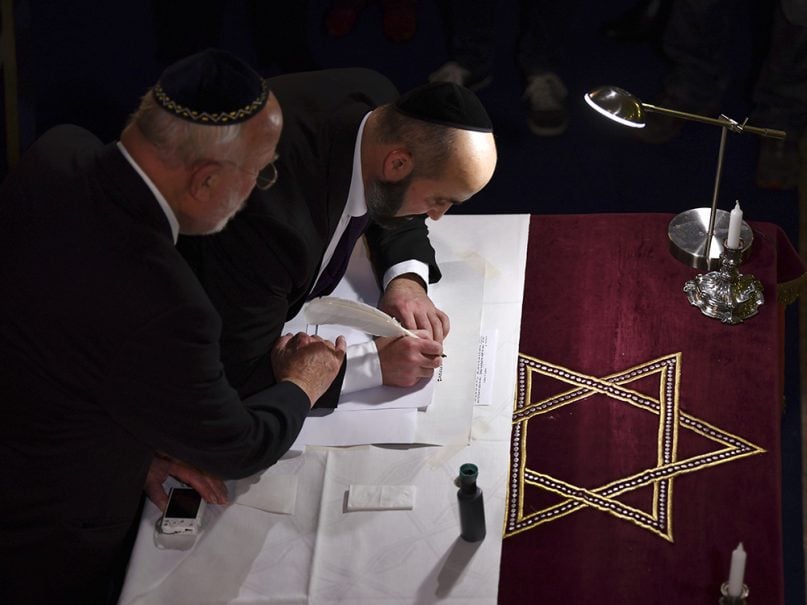 Berlin Rabbi Reuven Yaacobov uses a quill to write the first letters on a new Torah scroll in the pulpit of the New Synagogue, in Erfurt, Germany, Wednesday, Oct. 23, 2019. The Judische Landesgemeinde Thuringen received a new hand-written Torah scroll from the Evangelical Church in Central Germany and the Catholic Diocese of Erfurt. The churches want to use the gift to emphasize the bond between Jews and Christians. (Martin rubble / dpa via AP) 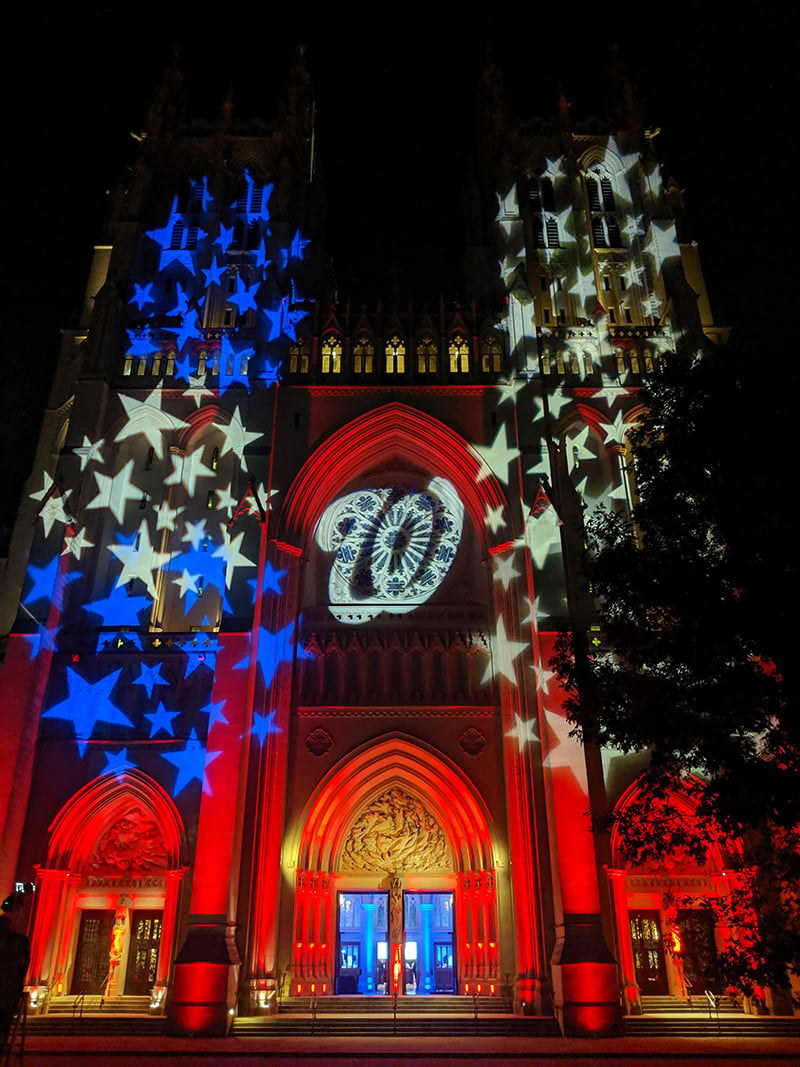 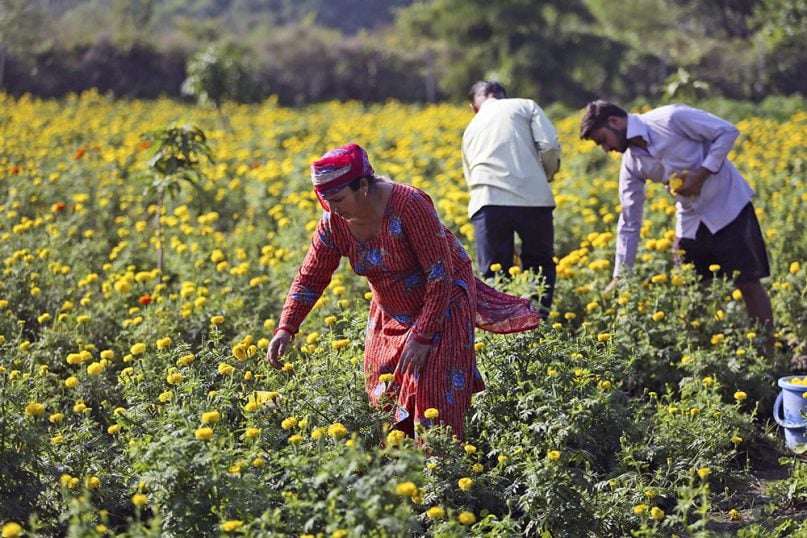 Indians pluck marigold flowers ahead of Diwali on the outskirts of Jammu, India, Friday, Oct. 25, 2019. During Diwali, Hindus light lamps, wear new clothes, exchange sweets and gifts and pray to the goddess Lakshmi during the festival of lights, celebrated on Oct.27. Marigolds are popularly used for garlands and rituals during Hindu festivals. (AP Photo/Channi Anand) 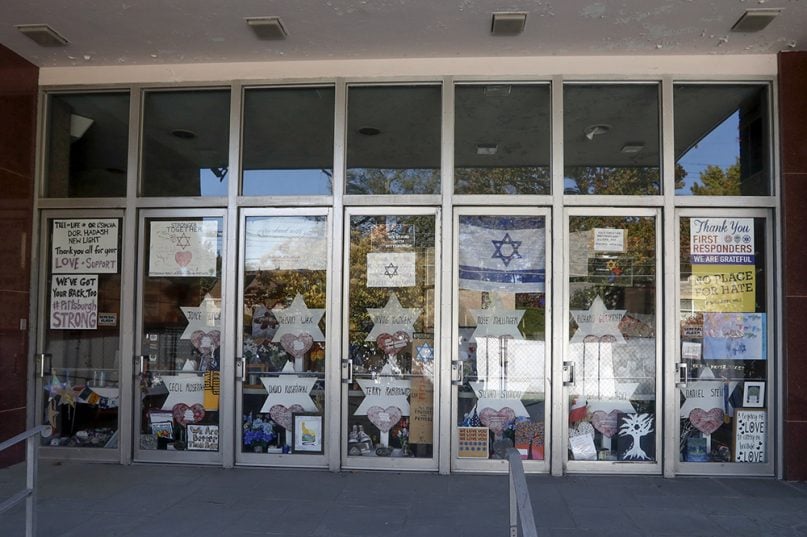 Paper stars bearing the names of victims and other tributes that were placed around the Tree of Life Synagogue after the shooting that killed 11 worshippers and wounded seven others last year are displayed in the synagogue’s entrance Thursday, Oct. 24, 2019 in the Squirrel Hill neighborhood of Pittsburgh. Sunday, Oct. 27, marks the one-year anniversary of the deadliest attack on Jews in U.S. history. A virtual remembrance, an overseas concert and community service projects highlight the many plans for commemorating the loss. (AP Photo/Keith Srakocic) 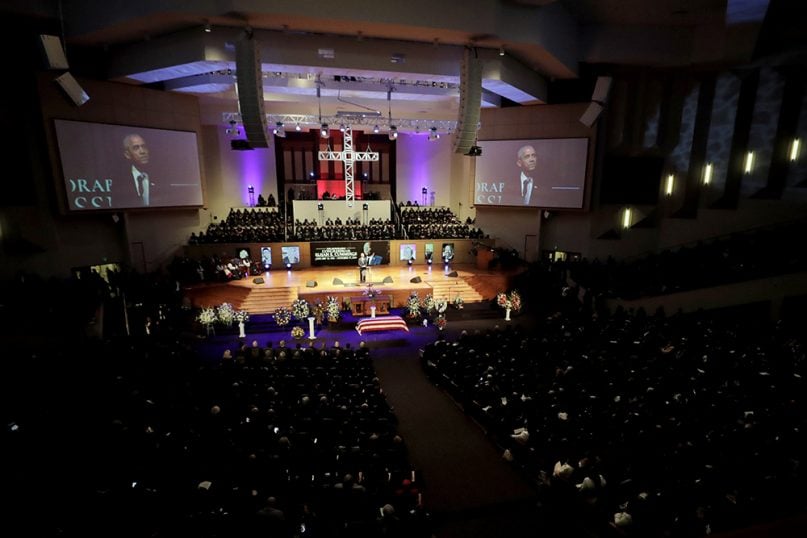