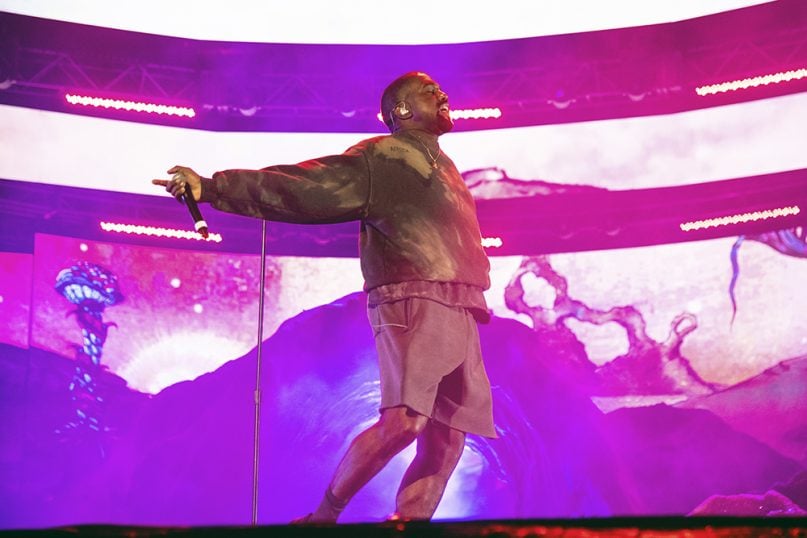 Kanye West performs with Kid Cudi at the Coachella Music & Arts Festival at the Empire Polo Club on April 20, 2019, in Indio, California. (Photo by Amy Harris/Invision/AP)

(RNS) — Kanye West’s improbable and dramatic turn to traditional Christianity has stunned many of us. It also appears to have cultural legs. His new “Jesus Is King” debuted at No. 1 on the Billboard 200 Chart this week. All 11 songs are among the top 100 in the nation. An astonishing feat for an album that is also ranked on the Christian and gospel charts.

The popular reaction has ranged from deeply skeptical, to genuinely confused, to overwhelmingly enthusiastic. Indeed, Google has already seen a massive rise in “faith based searches” after the release of “Jesus Is King.” Some are even openly discussing the possibility of it sparking a new “Christian revival.”

Kanye has used this intense public interest, however, to elaborate on some of the themes of his conversion and of the music it has produced.

Like all of us, Kanye is on his own search for truth and meaning. But we have an opportunity learn from a man who has experienced the searing highs and lows that life has to offer — from international fame and fortune to the death of his beloved mother.

Here are five things we have learned in recent days about what Kayne knows.

In the final track — titled “Jesus Is Lord” — Kanye simply writes and sings the following: 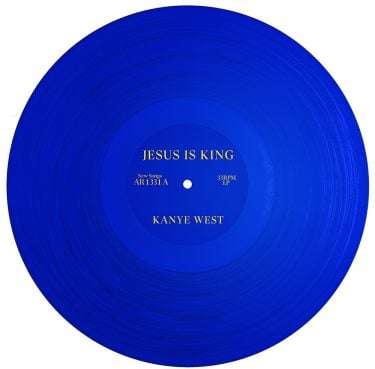 “Jesus Is King” is the new album by Kanye West. Courtesy image

In an age of equivocation, relativism and general desire not to offend others, Kanye is saying what he knows to be objectively true. His monotheistic claims are not the mealy-mouthed banalities of someone doing the equivalent of sharing their favorite lentil soup recipe. They are the powerful proclamations of someone who has been seized by the truth.

Accepting the lordship of Jesus has implications. Kanye recently preached a sermon in Atlanta calling for “radical obedience” to Christ. In one of many references to sacred Scripture, his new music exhorts “everything that hath breath praise the Lord.”

About the time Kanye’s conversion was lighting up social media, New York Times columnist Ross Douthat published a piece arguing that the demise of traditional Christianity in the U.S. has been greatly exaggerated. He cited a recent Pew Research Center survey that showed that the losses in Christian affiliation in the U.S. have come from “lukewarm” believers, not core adherents. Kanye’s new music is aimed at the latter.

Nobody has known our consumerist culture’s version of success better than Kanye. It nearly destroyed him, as it has destroyed so many others.

In an interview with James Corden, Kanye noted that God is using his story of triumph over this pain and suffering so those in a similar situation could better relate to his story. He knows from personal experience just how hard it is to reach people caught in our cultural trap: “People who don’t believe are walking dead. They are asleep and this is the awakening.”

He sings, “No more livin’ for the culture, we nobody’s slave.” While admitting that “the devil had my soul, I can’t lie,” he insists that “there is freedom from addiction.”

In a clear call for resistance to a culture that has harmed so many, Kanye asked those collaborating with him on “Jesus Is King” to refrain from sex outside of marriage. He has witnessed to the fact that a culture that promotes extramarital sex brings slavery, not authentic liberation.

Kanye’s music career has had a global impact that has taken him to all corners of the earth. But his recent focus on rebuilding communities from the ground up — instead of top down — couldn’t be more timely. In an interview with the radio personality and record producer Zane Lowe, Kanye went full Christian localism, a movement that works to counteract globalism by working to better our communities. He noted that our consumerist culture is seemingly designed to make others a great deal of money.

As an alternative, he proposes a living arrangement in which the things that really matter are intentionally put at the ideological — and sometimes literal — center of our lives. The “best form” of “gathering together” is  family, says Kanye. We need to “keep our families close.”

The best way to do this? “To think of communities of where the church is at the center of the community, the school, the cafeteria, sustainable gardens and then the homes,” he told Lowe.

In 2013, Kanye released a song titled “Blood on the Leaves” that some observers took to be clearly in support of abortion, while others thought the opposite.

Kanye has now left that ambiguity behind. In an interview about “Jesus Is King,” he railed against those who are “making us abort our children” as a key part of what African American communities have often had to endure as a social expectation from those in power.

Kanye also makes clear, in a time when some people argue that climate change is a reason not to have children, that children are to be welcomed as a gift from God.

When asked by Corden about having more kids, his eyes lit up with excitement in saying that he wanted more than the four he already had. How many more? “Seven,” said Kanye. “The richest thing you can do is have as many children as possible.”

Kanye, like the rest of us, is not perfect. He is growing into his relationship with Christ and the church and, like the rest of us, he still has a way to go before being perfected by Christ’s redeeming grace. For instance, he recently seemed to say that God had something to do with giving him a large tax refund. Let us hope that Kanye dives into Scripture and tradition in ways that impress upon him the problems with dangerous idols like the prosperity gospel.

If someone like Kanye truly lives the kind of Christian life “Jesus Is King” indicates, it could be a cultural game changer.

It won’t be easy. Those who benefit from our culture’s status quo are already starting to resist this move. Indeed, as actress Patricia Heaton (herself a very public Christian) recently observed, they are “really going to scrutinize everything he does to catch him falling down.”

Let us join Heaton in praying for Kanye. Both for his own good and for the good of a culture that desperately needs to know what he knows.