(RNS) — A new report by an advocacy group accuses a Phoenix imam of sexual battery, child abuse, misappropriation of charitable funds and falsely presenting himself as a single man to pursue relationships with female congregants while having two concurrent concealed marriages.

After an 11-month independent investigation into accusations against Moataz Moftah, who teaches youth at the Islamic Community Center of Phoenix, the victim’s advocacy organization Facing Abuse in Community Environments published the 14-page report on Tuesday (Nov. 12) outlining his alleged misconduct.

Neither the imam nor the Islamic Community Center of Phoenix responded to a request for comment. In an interview with FACE, Moftah denied all accusations, according to the report.

Moftah’s “repetitive and egregious misconduct completely disqualifies him from serving as a religious leader, teacher or any professional employment within the Muslim community,” FACE founder Alia Salem, who reviewed police reports filed by victims and interviewed 34 people including Moftah for her investigation, alleged in the report.

The investigation began after a complaint was lodged with FACE in 2018 by a congregant of the Islamic Center of North East Valley in Scottsdale, Arizona, where Moftah was formerly employed.

“FACE is under no illusions with respect to how difficult, scary, and painful the process of accountability is in the face of abuse,” Salem said. “However, our obligations as individuals, and also as a community, is first and foremost to protect the vulnerable among us from harm using all available resources.” 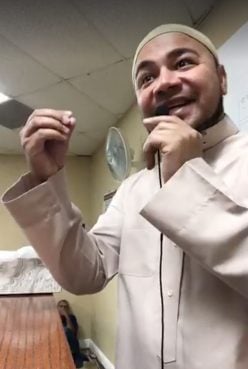 Moftah, who studied in Egypt before immigrating to the U.S. in 2012 to work as an imam in Indiana, has been employed as a religious leader at five Islamic institutions and worked as a contractor for at least eight more.

The investigation found that he had been fired for misconduct from one of those institutions, Ohio’s Islamic Society of Greater Dayton, after he allegedly concealed a marriage to a congregant he had helped convert to Islam. In 2017, she divorced him and obtained an order of protection, claiming that his behavior was violent and intimidating and that he had married her for immigration status.

While Moftah was at the Scottsdale mosque, FACE alleged, several youth and parents complained that he was hitting, pinching and throwing things at students in the Quran learning program he taught there.

Another woman told FACE that when she went to the mosque seeking charitable aid, Moftah allegedly told her to clean his apartment in exchange for funds. While in the apartment, she claimed, he removed her hijab, kissed her and grabbed her tightly, allegedly telling her he would give her as much money as she wanted and instructing her not to let anyone know what had happened.

The report claims that he also counseled a congregant of the Scottsdale mosque through a divorce, then married her in a ceremony in his office there. There were no witnesses or public announcement of the marriage, which most Muslim scholars agree are required for an Islamic legal marriage.

A few months later, he also married another woman through a marriage ceremony conducted over the phone with no witnesses, the report claims. Both women were unaware of each other’s existence.

At the same time, he allegedly presented himself to the Muslim community as a single man in search of a wife. The report accused him of simultaneously pursuing other marriage prospects, including a woman who claimed he groped her while on a date.

In March, Moftah was terminated from the Scottsdale mosque after multiple reports of misconduct by community members. Despite efforts to inform other mosque leaders about the accusations, he was soon hired by the Islamic Community Center of Phoenix.

“When we move away from prioritizing institutional protection over victims’ needs, only then will we begin to see real progress in the health and safety of our community through these myriad of struggles we are facing daily,” FACE social worker Sara Bawany said.

The misconduct report is the second one made public by FACE, which was founded in 2017 by Salem to tackle issues of accountability and abuse in U.S. Islamic institutions and to advocate for victim’s rights.

In October, the organization published the results of a yearlong investigation into allegations of sexual exploitation, clergy malpractice and grooming of a young female congregant by Texas imam Zia ul-Haque Sheikh. That investigation culminated in a $2.5 million judgment in favor of the victim, who had been counseled by the imam as a minor.

The report also comes on the heels of accusations of misconduct against Usama Canon, the popular Muslim community leader who founded Ta’leef Collective. 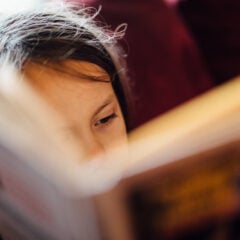