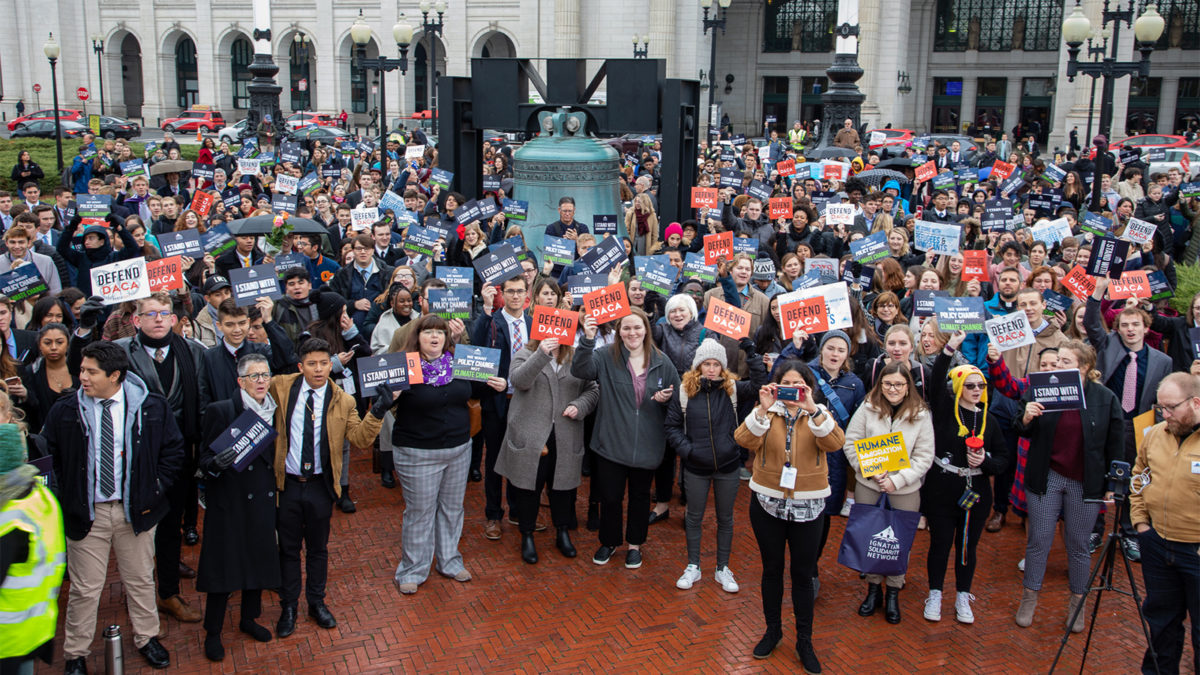 (RNS) — More than 1,500 students descended on Washington, D.C., this week, not for a rock concert or to demonstrate outside the impeachment hearings, but to lobby Congress on global warming and DACA, the program protecting immigrants who have lived in the U.S. for most of their lives from deportation.

The students, mostly from Jesuit high schools and universities across the country, gathered over the weekend (Nov. 16-18) for the Ignatian Family Teach-In for Justice in Crystal City, across the Potomac River from Washington. The annual event, the largest regular Catholic social justice conference in the U.S., is run by the Ignatian Solidarity Network. This year's theme was “Radical Hope, Prophetic Action.” 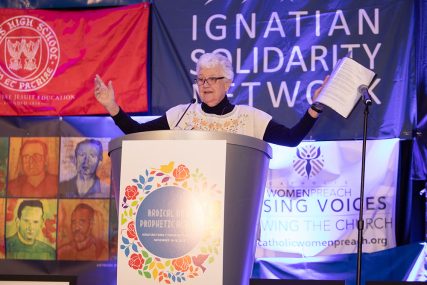 "The journey of justice is long," said O'Neill, who has lived in El Salvador for 30 years. "What will give us the strength, energy and passion to engage in consistent and effective advocacy and networking on behalf of all who are powerless, voiceless?"

The answer, she said, is love.

"Solidarity is not just a feeling of compassion," she said. "Solidarity is an attitude, a virtue, a duty. It is the firm determination to commit oneself to the common good, to the good of all."

O'Neill went on to say that we must not become paralyzed or numb to all we hear and see. "Right now, nothing is more dangerous than giving up hope."

This year's event opened on the 30th anniversary of the murders of six Salvadoran Jesuits and their two companions, whose martyrdoms inspired the creation of the Ignatian Solidarity Network. The Jesuits, professors at the Central American University in San Salvador, were killed by the Salvadoran military because of their work for social justice.

The keynoter for the second day was Marcia Chatelain, an associate professor of history and African American studies at Georgetown University. The Rev. James Martin, a Jesuit priest, spoke on the importance of welcoming and respecting LGBT Catholics in our parishes. On both days, the keynoters were followed by breakout sessions on race, poverty and inclusion.

Equally important were sessions focused on the theology and spirituality undergirding social action. It is the gospel that drives the network’s agenda, not politics. The Rev. Danny Gustafson, another Jesuit priest, spoke on “The Incarnation: How and Why to be Civically Engaged."

“God saw, God sees, what is going on in the world," he said. "And how does God respond? By choosing to get involved.”

Probably most inspiring were presentations by the students themselves in which they shared their experience working for social justice and their own spirituality. Students, who may have thought they were lonely voices in the wilderness, found like-minded peers who gave them hope and encouragement to continue prophetic action in their communities. 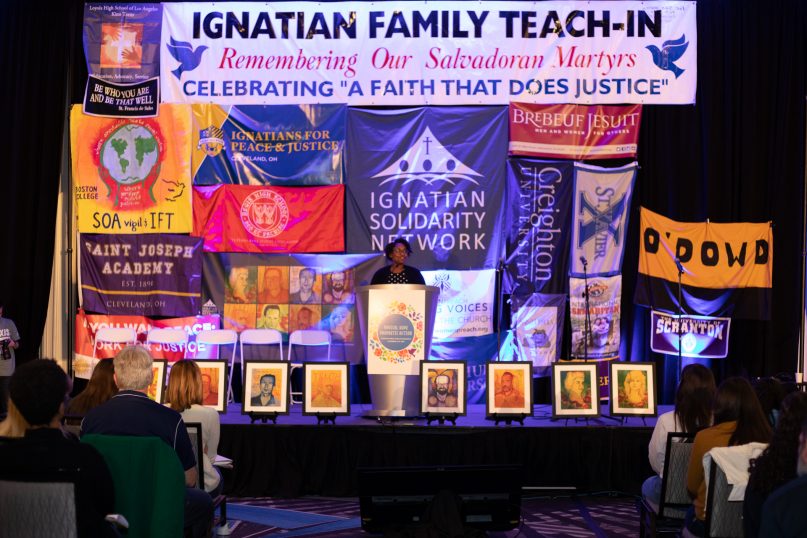 Among those sharing their stories were students who are part of the Deferred Action for Childhood Arrivals program and asylum-seekers. Also attending were five students from Portugal who shared a video they had filmed on global warming, as well as students from Latin America who described the conditions that were forcing people to emigrate.

The event concluded on Monday morning with a demonstration in front of Washington’s Union Station, after which the students walked to the Capitol to visit senators and representatives. The students urged them to support permanent protection from deportation for those children brought to the United States by their parents, who have now grown up and become part of our communities.

The young people also asked Congress to pass legislation fulfilling the commitments made by the 2016 Paris climate agreement. They realize that global warming is a threat to the planet as well as a threat to their lives and their future.

As the students return to their campuses, their challenge will be to communicate the radical hope they experienced during the teach-in so that they and their contemporaries will continue their prophetic action for change.

(Full disclosure: As a Jesuit, Thomas Reese is a member of the wider Ignatian family but he was not involved in putting on this event.)