(RNS) — In the next few days, Congress will decide the fate of the world’s only independent religious freedom government agency. Specifically, it will decide whether the United States Commission on International Religious Freedom, known as USCIRF, changes its mission, remains “as is” or disappears altogether.

It should do none of the above. Instead, Congress should restore USCIRF to the apolitical, independent and disruptive agency its architects designed it to be more than two decades ago and arm it with innovative mechanisms to face a new century marked by new threats to religious liberty. The 80% of the world population that lives in countries with religious restrictions — the Uighurs in China, the Christians in the Middle East, the Rohingya in Myanmar, to name a few — are counting on it.

The commission had an unlikely godfather, the Pulitzer Award-winning New York Times editor and columnist A.M. Rosenthal. Rosenthal, a liberal and secular Jew mostly known for having defied President Richard Nixon by publishing the then-classified Pentagon Papers, was deeply committed to freedom of conscience. In 1997 alone, Rosenthal wrote more than 20 columns alerting his readers to the persecution of Muslims, Buddhists, Christians and other minorities.

RELATED: Let the US Commission on International Religious Freedom expire

Rosenthal was relentless. He criticized fellow journalists, the business community and the Clinton administration for not paying attention to worldwide religious persecution. In his last column of 1997, Rosenthal said that year had been “one of the most awakening” years in his lifetime, and he sharply criticized President Bill Clinton’s partnership with business leaders for bringing up what Rosenthal thought were “hypocritical” arguments against a new religious freedom bill that called for Americans to refuse “to be a silent witness” to persecution.

“Most shameful is that opposing persecution would just bring more,” wrote Rosenthal. “Once that was said about the Nazis. Ask the prisoners.” 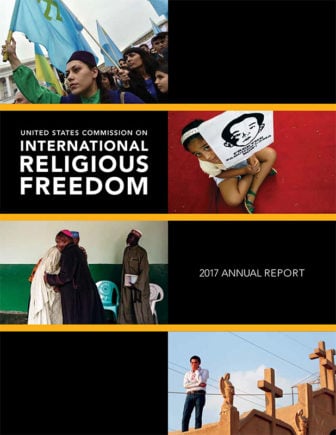 Initially co-sponsored by two Republicans, U.S. Rep. Frank Wolf and Sen. Arlen Specter, the legislation was modified and eventually championed by Democratic Sen. Joe Lieberman. After unanimous passage in the Senate, the International Religious Freedom Act of 1998 passed the House to become law in October of that year.

Designed to provide an “outside independent voice” and make substantive recommendations to Congress, the State Department and the White House, the act created USCIRF. The act also created an ambassador-at-large for religious freedom, the only position of its kind in the world at the time, who would ensure diplomatic priority for international religious freedom, which had all too often played second fiddle to other human rights issues.

USCIRF was structured unconventionally. Unlike any other independent government agency, its nine commissioners are unpaid, part-time volunteers from the private sector. Appointed by Republicans and Democrats, they fight for each other’s issues not because they necessarily agree with each other, but because they understand that religious freedom is destroyed when used as an ideological or political weapon.

Fast-forward to 2019. The proposed reauthorization bill, introduced in early September, would have shackled the commissioners’ independence with bureaucratic “reforms” that would drastically increase congressional oversight. It also diluted their mission by tasking USCIRF with monitoring “the abuse of religion to justify human rights violations.”

To be sure, there are human rights violations perpetrated in the name of religion, such as female genital mutilation, the Islamic State group’s systemic enslavement of girls and women and the interpretation of hadiths in 13 countries to justify condemning LGBTQ+ people to death.

Negotiating these issues would make the act over as a vessel of an ideological “human rights” agenda. Under this expanded mandate, USCIRF would have to decide what is abuse, what is religion, and then negotiate which human rights supersede or are subject to religious freedom, thus creating a hierarchy of human rights and exporting our own domestic arguments about marriage and abortion.

At its worst, the agency could conclude that the practice of circumcision is “child abuse,” or invoke women’s rights to “protect” Muslim women from headscarves. It could condemn churches, mosques and synagogues that reject same-sex marriage.

The reauthorization was withdrawn. But congressional staffers with whom I spoke privately stated the congressional oversight and the mission change were inevitable. I resigned in protest, six months shy of the end of my last term, with an explanatory op-ed for The Wall Street Journal.

Uighurs and their supporters march to the United Nations to protest in New York, on March 15, 2018. Members of the Uighur Muslim ethnic group held demonstrations in cities around the world to protest a sweeping Chinese surveillance and security campaign that has sent thousands of their people into detention and political indoctrination centers. (AP Photo/Seth Wenig)

USCIRF now limps on a continuing resolution that lapses on Dec. 21. Meanwhile, a number of unfortunate distractions have derailed substantive discussions about the agency’s future. Last week, the Department of Justice filed a 53-count indictment against Sen. Chuck Schumer’s latest appointee to the commission. The month prior, the Daily Caller reported that a Trump appointee traveled in his personal capacity to spend 9/11 with Saudi Crown Prince Mohammad Bin Salman.

The September reauthorization was right to demand that the agency finally track 20 years of recommendations and provide more transparency. But what is needed at USCIRF is not accountant-like control, but bold leadership, creativity and disruptive innovation.

This is what happened in 2014, when the commissioners and a small group of staffers convened five parliamentarians from the U.K., Canada, Turkey, Brazil and Norway to address how to work in countries where the government was not supportive of religious freedom. Since then, the International Panel of Parliamentarians for Freedom of Religion or Belief has grown to include more than 300 parliamentarians in more than 35 countries. In October I attended its stellar conference in Singapore, where legislators networked with and learned strategy from world experts on religious freedom. 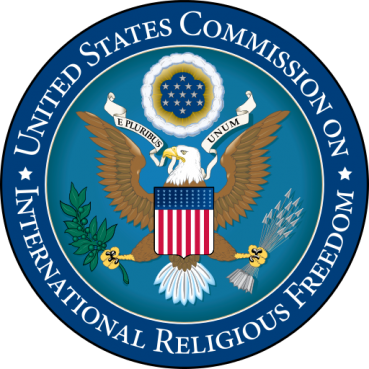 Turning USCIRF into a bureaucracy will curtail its proven ability to act boldly and independently. Turning it into an adjudicator of human rights will immerse its commissioners in ideological debates and ultimately silence and kill it.

(Kristina Arriaga, a USCIRF commissioner from 2016-19, has worked on religious freedom issues for more than 25 years. A former executive director of Becket Law, she is currently a founding partner at Intrinsic Consulting. The views expressed in this commentary do not necessarily reflect those of Religion News Service.) 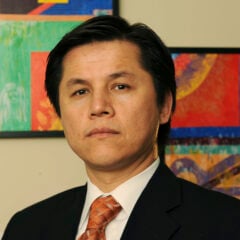