While that is a big question — one Kansiewicz ended up writing an entire book about, instead of just responding in a text — it’s not uncommon for Kansiewicz, a licensed counselor and staff member at East Coast International Church, to get texts like that as Lange or one of the other pastors is writing their sermon. 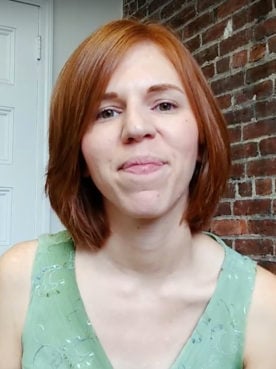 Her model is about getting counselors in church settings — not only to ensure congregants get the professional resources they need but also, she said, in the hopes of prompting pastors to talk more openly about mental health.

“My presence keeps mental health at the front,” she said. “Decreasing stigma happens all the way from the sermon on Sunday to the way we interact with people who arrive at our church.”

One in five adults in the United States experiences mental illness, and suicide is the second leading cause of death among people ages 10 to 34, according to the National Alliance on Mental Illness.

But historically, faith traditions have been reluctant to talk about mental health and categorized suicide as a sin, often leaving survivors and family feeling neglected and hurt.

“That lack of community, that lack of inclusion, that lack of feeling that you are part of the body of Christ contributes to suicidality,” said author and pastor Rachael Keefe.

Stuck in the in-between

When Matt Stanford, CEO of the Hope and Health Center & Institute in Houston, Texas, first started his career, churches were resistant to even having a conversation about mental health.

Although there are still examples of faith leaders continuing to condemn suicide, over the years, he said he has seen many faith groups starting to move away from viewing suicide as an “unforgivable sin,” and the conversation is starting to change — with Hope and Health Center providing mental health training to about 80 faith communities around Houston and a new training at least once a week. But that doesn’t mean faith groups have fully dealt with their past.

“I think the problem right now is that it’s more of a conversation, like, yes, there’s a problem. Yes, we need to be involved. And that’s kind of where it is. It hasn’t been able to move forward yet,” Stanford said.

But that “in-between place,” without a new alternative narrative, is still contributing to the problem, Keefe said.

“If we don’t speak out against the shame and stigma, then we are participating in it,” she said. “Suicide is mentioned seven times in the Bible; not one tells us God’s response.”

The idea of addressing the shame and stigma can be a Goliath-level challenge for some places of worship.

“I think a lot of faith communities don’t know how to address it,” said Melinda Moore, clinical psychologist and assistant professor in the department of psychology at Eastern Kentucky University and co-lead for the Action Alliance’s Faith Communities Task Force.

The task force, she said, is “trying to demonstrate some leadership on how faith communities could address the problem of suicide in a loving, prayerful way.”

Moore lost her husband to suicide over 20 years ago. She continued going to church, but, she said, “I did not feel supported by my church.”

She did, however, feel supported by Christ and, for her, that was enough at the time.

“But faith communities can be doing so much more,” she said. “Unless the pastor or the rabbi or the priest addresses the issue of suicide, (parishioners) are not going to know it’s OK to open up about it.”

The center focuses on using “biblical perspectives” to help patients and keeps the cost for each visit on a donation-basis; its counselors pray at the beginning and end of each session.

Gene Willis, director of biblical counseling, said they always let people know they aren’t approaching this from your typical clinical basis and that it’s from a biblical perspective — but, he said, that’s why people come.

“People come because they know that,” Willis said. “We want to be different. We don’t want to be your typical analysis where it takes God out of the picture. We put God in the picture.”

Willis said they’ve seen thousands of people since they’ve opened and are usually booked a month out. Spotswood’s senior pastor, Drew Landry, knows that nobody is immune from the “difficult, dark days of life,” including those in the Bible. 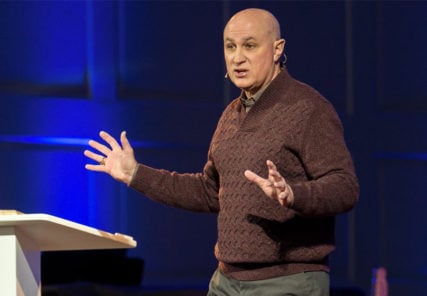 “There are people in Scripture who went through things like this,” Landry said. “Their faith has enabled them to persevere through the difficult seasons of life.”

For him as the pastor, it has been important to have a place to refer someone when they come to him with larger problems. And, he said, it has allowed the entire congregation to be more open about their own mental health.

“Because we have a counseling center, we have also had one of our staff members be pretty transparent when he’s had an opportunity to preach and teach,” Landry said. “I guess we’ve kind of given our congregation permission to have the conversation.”

Although two of their staff members are currently working toward getting their license, Spotswood currently doesn’t have a licensed therapist on staff.

Kansiewicz said there’s always going to be a place for pastoral counseling but hopes churches will look for licensed therapists for people who need longer-term or deep psychological help.

“That’s important to not get in over your head,” she said. “But also, a licensed counselor is mandated in more situations than a pastor is.”

Stanford recognizes that faith organizations are already stretched thin. But it would be a misconception to think your church is immune to this problem, he said.

“They look at their community and think it’s not important because nobody is talking about it,” he said.

But, he pointed out, they likely aren’t talking about it because of the stigma — not because it’s not a problem. 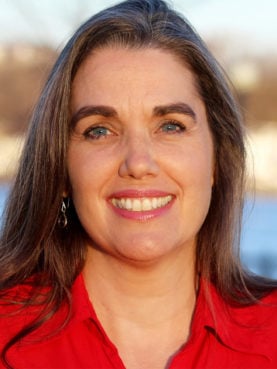 But faith groups don’t have to start an entire counseling center to impact their communities. For some places of worship, the next step might simply be mentioning mental illness and suicidality in a newsletter or during prayer.

“It’s a very simple way to start bringing some of that in,” said Keefe. “And when that becomes more comfortable for people, when it becomes routine that these kinds of prayers are accepted, maybe they will share their own prayer requests.”

Some churches post the Suicide Prevention Lifeline in a highly trafficked area or put up information about what support groups are around the area. United Church of Christ congregations can become a WISE (Welcoming, Inclusive, Supportive and Engaged) congregation. Other faith organizations bring in speakers, start support groups or find trainings in their area.

Stanford said people are more likely to go to clergy before they go to a mental health care provider or physician. It’s important to train faith leaders how to respond and where they can lead people to get the help they need — instead of trying to stand in for psychiatrists and psychologists.

Stanford said one of the most important things they do at his center is try to help faith leaders recognize and identify what to look for, develop safe and effective responses, facilitate small groups and become a “Peer Mental Health Coach.”

“(People) don’t walk in the door and say, ‘Hey, I woke up this morning, and today is the first day of a six-month decline in depression in my mood. And then six weeks from now, I’m going to be in a depressive episode, so I need you to help me,” Stanford said.

Instead, he said, they walk in the door complaining about losing another job or about not getting along with their spouse.

For Farha Abbasi, Action Alliance Faith Community Task Force Member and assistant professor in psychology and in the Muslim Studies program at Michigan State University, in many of the communities she has worked with, the problems are physical.

“They will not come out and say I’m depressed,” she said. “They will say I have pain. I have pain in my heart or my body is hurting or my head is hurting.”

Trained faith leaders can recognize that there’s something bigger to all these issues.

The Muslim Mental Health Conference is in its 12th year, but stigma against mental illness in the Muslim community has mirrored that of many other faith communities — “that mental illness meant your faith was not strong enough,” Abbasi said. 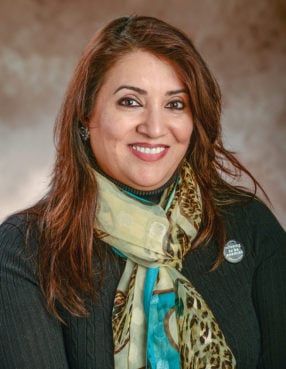 For those who might not trust modern medicine or simply find comfort in their faith, Abbasi is working to bridge the religious narrative and the scientific.

Medical professionals and faith leaders have to work together, she said.

“We cannot provide this wholesome treatment if we are going to take the patient and divide it into what’s medical, what’s science and what’s religion. It doesn’t work that way,” Abbasi said.

When she started reading the Quran, she found that the whole religion is based on the idea that to “be a practicing Muslim, you have to be mentally competent,” she said, adding that those contemplating suicide are not considered mentally competent.

“Society is told to take care of you,” she said — something she’s encouraging local Imams and faith leaders to take to heart.

Kansiewicz has noticed there are not enough licensed counselors that understand how to bridge traditional secular counseling with that of people’s faith.

“People come to me because they’re like, ‘Oh, I would never go to counseling except for I know who you are when you’re in the church building.’ And so, it makes them feel safe,” she said.

Her program is working to address that problem in churches — and at little cost.

“(We) really train up our counselors and teach them that it’s possible to work in a church setting,” she said. “A lot of students that I went to school with really have a heart for working with the church, and they just don’t think it’s possible.”

Because, she said, when there’s a therapist present, the culture of mental health in the church really changes. Now her congregation sees going to Kansiewicz as “a badge of honor” — whereas most of her patients hadn’t ever gone to counseling before.

“That’s the sign they’re really serious about moving forward emotionally and spiritually,” she said. “They want to tackle the stuff they’ve never dealt with before.” 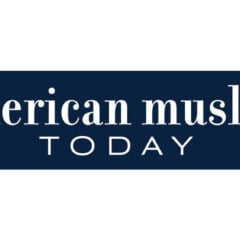