WASHINGTON (RNS) — In the historic black church where she worshipped, the late journalist Gwen Ifill was remembered with a new Black Heritage stamp in a ceremony featuring dignitaries of the church, politics and journalism.

Speakers at the event Thursday (Jan. 30) at Metropolitan African Methodist Episcopal Church took turns describing Ifill’s courage in defying expectations and praised her faith-fueled ability to serve as a mentor to young journalists who followed in her footsteps.

Deputy Postmaster General Ronald A. Stroman said the U.S. Postal Service considered many settings for the ceremony for the 43rd stamp in its Black Heritage series but determined the Washington church was the appropriate venue.

“Her faith grounded her,” he said just before unveiling a supersize version of the stamp before the large cross at the front of the sanctuary. “It gave her strength and informed the values that guided her life.” 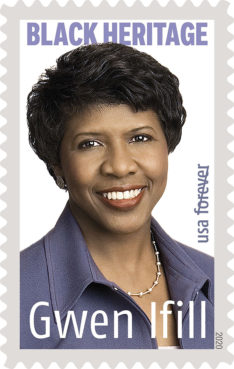 Ifill, the first African American and first woman to moderate a major television news-analysis show, died at age 61 in 2016 after a cancer diagnosis. She was the moderator and managing editor of “Washington Week” and senior political correspondent for “The NewsHour with Jim Lehrer.” Ifill became co-anchor of the “PBS NewsHour,” part of the first all-women team to anchor a national nightly news program. Earlier in her career, she worked for newspapers including The Washington Post and The New York Times.

The ceremony featured remembrances from friends and colleagues, including Post contributing columnist Michele Norris, who served as mistress of ceremonies, and Ifill’s NewsHour co-host Judy Woodruff, who noted the stamp dedication occurred during the same week when the life of their mentor Jim Lehrer will be remembered after his death on Jan. 23.

Ifill’s brother, the Rev. Earle Ifill, said it was significant to have his sister’s memory honored at an African Methodist Episcopal church affiliated with a denomination in which she was an active part and her relatives held prominent roles. 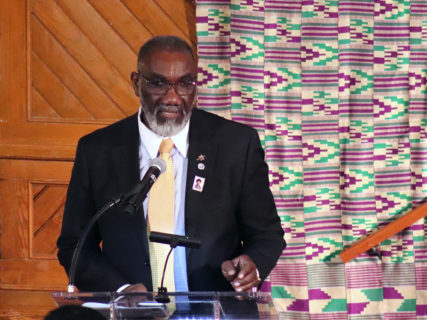 “It is delightful and meaningful in the fact that not only is it an honor for her and for us as a family but for the AME Church as a whole as she has spent her life in service to the church,” Ifill, who retired in 2019 as the presiding elder of the denomination’s Atlanta East District, said in a phone interview earlier in the week.

Known for her broadcast and print journalism and moderating of election-season debates, Gwen Ifill was also the daughter of parents who were natives of the Caribbean and who became deeply involved in the AME Church. Her father, a minister, eventually became its general secretary, a post he still held when he died in 1991, and her mother was active in the denomination’s Women’s Missionary Society.

Ifill had sung in choirs from the time of her youth and found local AME churches to join as her career moved her to the Boston area, Baltimore and Washington, her brother said.

She joined Metropolitan in 1989 and, among other activities, narrated special programs such as a presentation of Handel’s “Messiah.”

Patricia Ann Morris DeVeaux, the wife of Bishop William DeVeaux, a former pastor at Metropolitan, wrote of recruiting Ifill for the congregation’s “Voices of Inspiration.” 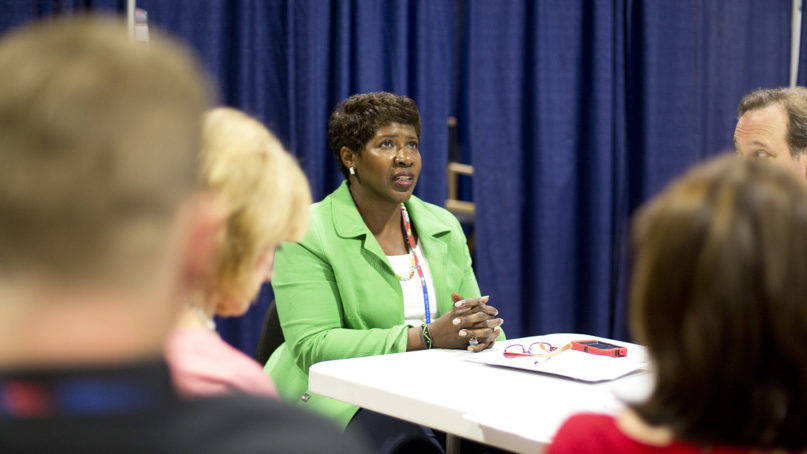 “Gwen joined the choir and sang in the alto section (known as ‘the toes’), wearing the royal blue and gold robe and marching down the aisle with us, illuminating the sanctuary with her smile,” she recalled in a statement printed in The Christian Recorder, the AME Church’s newspaper, shortly after the journalist’s death.

“The altos were our largest section of the choir and Gwen helped them rock the house.”

Ifill, who also is cited with a plaque on a pew at Metropolitan, connected her roles in the press and the pew on at least one occasion.

“I would actually get a pass from my own pastor not to go to church on Sundays if I was going to be on ‘Meet the Press,’” she said during a special tribute to her colleague Tim Russert on NBC days after his death in 2008. 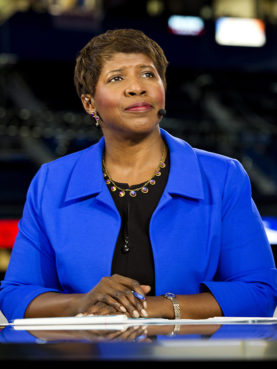 Ifill is not the first member of her denomination to be pictured on a U.S. stamp. Among others are Richard Allen, the AME Church’s first bishop, who was honored in the same sanctuary with a Black Heritage stamp in 2016 to mark the denomination’s 200-year anniversary.

Sherrilyn Ifill, president of the NAACP Legal Defense and Educational Fund, said the addition of her cousin to the list of stamp honorees — who range from Harriet Tubman to Marvin Gaye — has elevated her from the days as a preacher’s daughter when faith and excellence in school were the priorities and not parties or fashionable clothes.

“The expectation was clearly defined and being cool was not on the agenda,” Sherrilyn Ifill said. “But today Gwen is the coolest.”