LANCASTER, Pa. (RNS) — Drive through the farmlands of Lancaster County, Pennsylvania, or Holmes County, Ohio, avoiding the frequent horse-drawn buggies, and you may get the impression that the Amish practice a wholesome, back-to-nature lifestyle rooted in centuries of religious devotion.

But appearances, as scholars will tell you, can be deceiving.

Most Amish households aren’t headed by farmers anymore. And their relationship to the earth depends heavily on the assumption that God gave it to human beings to use, not to preserve. Those who do farm most often use pesticides and other chemicals, and if they pursue organic farming, it’s often an economic choice, not a faith-based one.

As to human-caused climate change?

Don’t get them started.

“The so-called science of global warming? I don’t agree with it,” said Ivan Lapp, a Lancaster County businessman who owned a herd of dairy cows before renting out his land and going into the farm equipment business. “As a general rule the Amish feel this climate change is blown out of proportion. We’re raised to believe God is in control of the weather.”

Clustered in worshipping communities of approximately 35 families, the Amish practice and approach to conservation and stewardship of the land they inhabit is guided in large part by local traditions and guidance of church-area leaders rather than an overarching theological framework.

That might explain variations in conservation practices and their approach to environmental concerns. 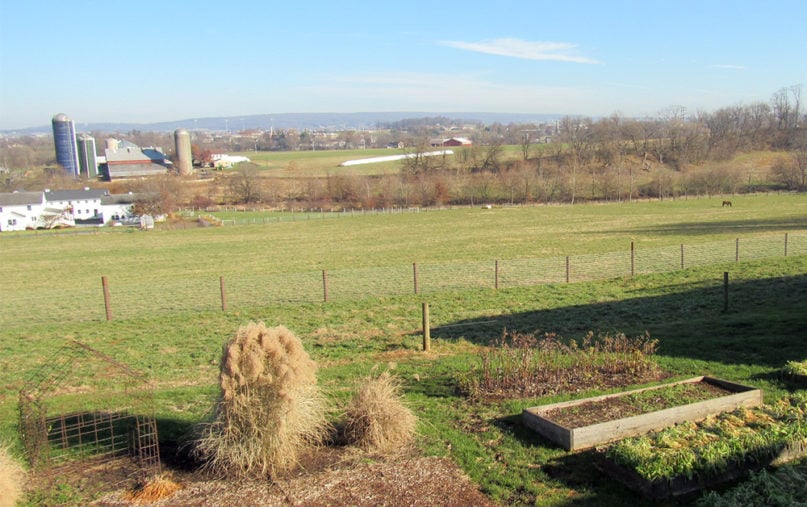 Only about 10% of those belonging to the larger Amish communities still farm, said cultural anthropologist David McConnell, a professor at The College of Wooster and co-author, with Marilyn Loveless, of “Nature and the Environment in Amish Life.” Children of farmers may move into other occupations, like dog breeding, high-end horse breeding, forestry or wood-product production, where they can still feel a connection to the land.

But their relationship to the natural world “is very complicated,” said McConnell.

“They believe that God gave the earth to people for them to use,” he said.

Some Amish farmers embraced organic farming. Lancaster, for example, has also become somewhat of a hub for organic farming, said McConnell. It can be done on a relatively small number of acres and then sold in farmer’s markets in places like Baltimore, Philadelphia, and New York City.

The choice to go organic often seems to be a practical one that has little to do with the way the Amish understand Scripture or the “creation care” theology that has become mainstream in Protestant and Catholic circles. In fact, the debate over conventional and organic farming has little to do with faith, said a Lancaster County church leader and retired farmer, who preferred his name not be used.

On the other hand, conserving the land, recognized as a gift from God, is important in his community, he said. Thus, there’s increasing recognition of the importance of dealing with runoff, soil erosion and other environmental risk factors — even though the Amish are wary of government regulations to address such issues.

“A lot of people would rather not have government interference, but some have deep concerns,” he said.

Eugene Lapp and wife Marie, who own 100 acres of farmland and rent another 600 acres in Lancaster County, aren’t Amish but belong to the Biblical Mennonite Alliance, another Anabaptist offshoot. Similar to the Amish in some respects, such as the importance of “plainness,” they are more accepting of certain modern inventions. The Lapps farm about 700 acres — the 100 acres they own plus 600 acres they rent, equally divided between organic and conventional crops, making them one of the larger farming enterprises in eastern Lancaster County.

The family tries to take the teachings of Jesus literally, avoiding anything (like television) they believe might be alien to Gospel values. 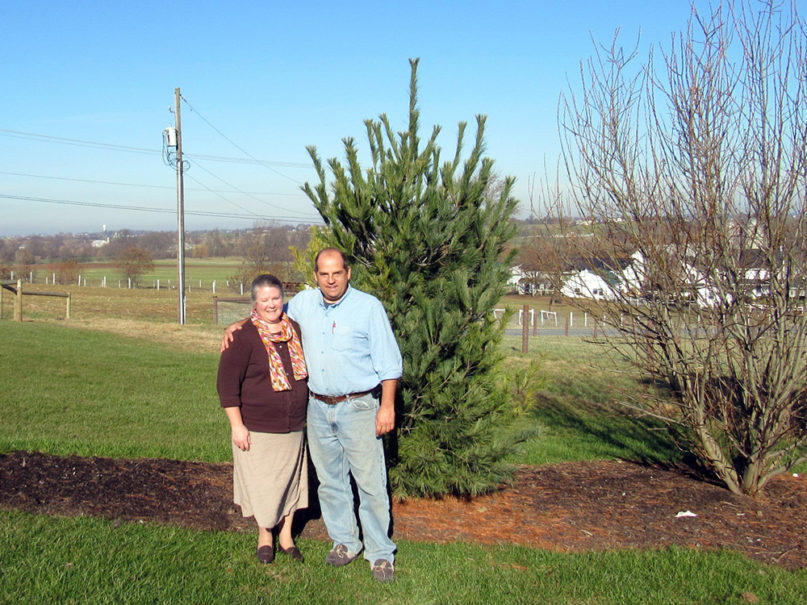 “I like to call myself a conservationist, not an environmentalist,” said Eugene Lapp, who mainly produces crops like alfalfa, soybeans, corn and wheat, selling them to dairy farmers. “While I feel strongly (that) we have a responsibility to our society and to God, it needs to be within reason and according to God’s plan.”

While it’s clear that humans are called to be good stewards, he said that the Bible is silent on issues like whether it’s a good thing to use pesticides.

“There’s not a particular scriptural framework that defines the practice of farming,” he said.

Amish farmer and author David Kline, who resides with his family on a large organic dairy farm in southern Ohio, pegs organic farming as a business decision, not a spiritual one. “The organic movement among the Amish is huge because it’s a nice market.”

Debate about climate change has filtered into Amish communities. But even those who don’t reject it entirely remain deeply skeptical of scientific arguments for it.

While some Amish will privately admit that weather patterns seem to be changing, others will claim the variation is cyclic, said McConnell. “It’s very hard for the Amish to talk about climate aside from God’s will and God’s intention. The idea that humans are playing a role aside from divine intention runs counter to their world view.”

And though the weather patterns are different from what they have experienced in the past, says Eugene Lapp (“we’ve had more rain than we thought was necessary”), he’s not convinced that, long term, climate fluctuations are as big of a deal as the media has made them out to be.

Still, said Kline, there is a spiritual or ethical dimension to farming.

Farmers, he said, are “caretakers.” And he believes that organic farming is “such a Christian way of living” because it does less harm to the environment.

“We are stewards of the earth,” he said. “We always want to leave the farm in better shape than we found (it).”