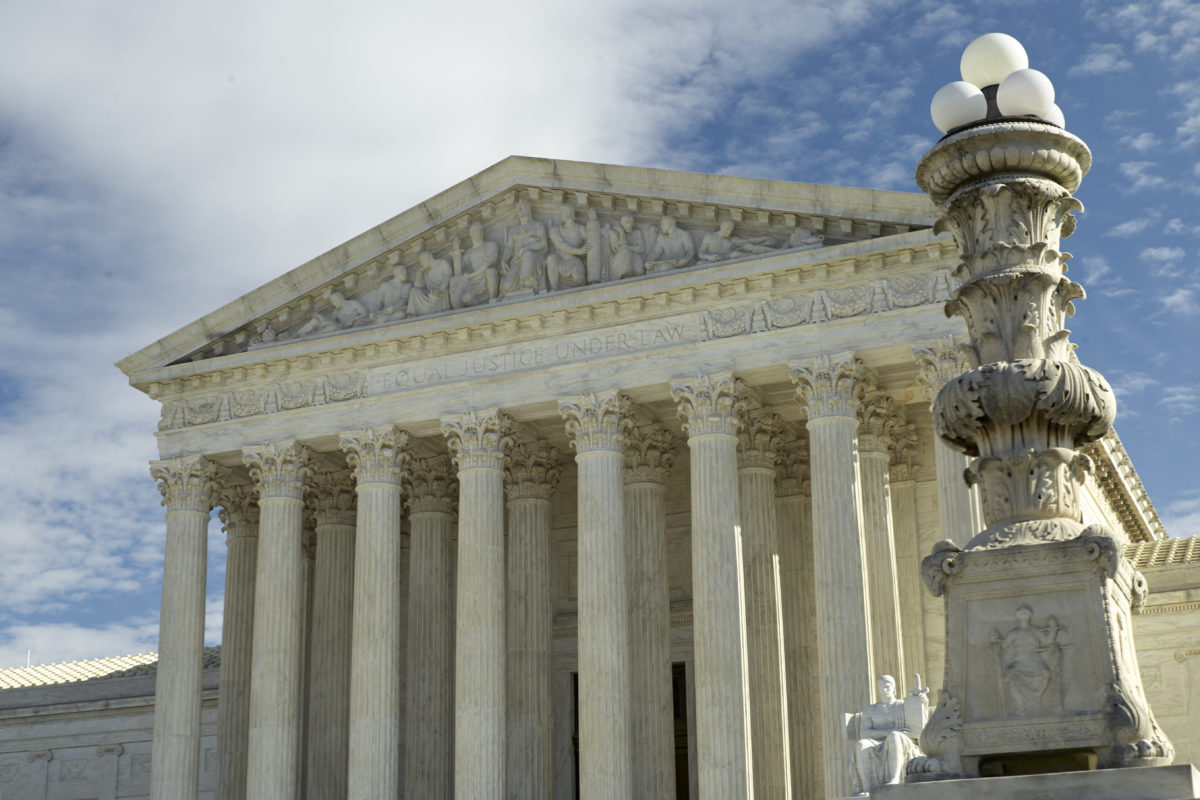 This is a Jan. 27, 2020, file photo of the Supreme Court in Washington. The Supreme Court said Monday it will hear a dispute over a Philadelphia Catholic agency that won't place foster children with same-sex couples. The justices will review an appeals court ruling that upheld the city's decision to stop placing children with the Archdiocese of Philadelphia's agency because it would not permit same-sex couples to serve as foster parents. (AP Photo/Mark Tenally)
February 25, 2020
Mark Sherman

WASHINGTON (AP) — The Supreme Court said Monday (Feb. 24) that it will hear a dispute over a Philadelphia Catholic agency that won’t place foster children with same-sex couples, a big test of religious rights on a more conservative court.

The justices will review an appeals court ruling that upheld the city’s decision to stop placing children with the Archdiocese of Philadelphia’s agency because it would not permit same-sex couples to serve as foster parents.

The 3rd U.S. Circuit Court of Appeals in Philadelphia ruled the city did not target the agency, Catholic Social Services, because of its religious beliefs, but acted only to enforce its own nondiscrimination policy in the face of what seemed to be a clear violation.

The case will not be argued until the fall.

Among the issues the justices will take up is whether to overrule a 30-year-old Supreme Court decision that does not allow for religious exemptions from laws that apply generally and neutrally to everyone. The federal Religious Freedom Restoration Act, approved by Congress to counteract the court ruling, does not apply to state and local government action.

With the addition of two appointees of President Donald Trump, Justices Neil Gorsuch and Brett Kavanaugh, the court seems poised to extend protections for religious objections to anti-discrimination laws.

Both sides framed the case in terms of children who need homes.

“I’m relieved to hear that the Supreme Court will weigh in on faith-based adoption and foster care. Over the last few years, agencies have been closing their doors across the country, and all the while children are pouring into the system. We are confident that the Court will realize that the best solution is the one that has worked in Philadelphia for a century — all hands on deck for foster kids,” said Lori Windham, senior counsel at Becket, the law firm representing a foster mother who has worked with the Catholic agency for more than 25 years.

Marcel S. Pratt, the Philadelphia solicitor, had urged the court to leave the appellate ruling in place. “This case is ultimately about serving the youth in our care, and the best way to do that is by upholding our sincere commitment to the dignity of all people, including our LGBTQ community,” Pratt said.

Catholic Social Services won’t certify same-sex married couples because of religious principles, and it also doesn’t allow unmarried couples who live together to foster children under its program.

The agency had worked with the city for years, but its policy only came to the city’s attention in March 2018, when a reporter with The Philadelphia Inquirer asked about it, the appeals court said.

The Inquirer reported that Catholic Social Services placed about 260 kids in 2017. Philadelphia has contracts with more than two dozen agencies that help find foster homes for about 5,000 children, a city spokesman said.