(RNS) — A year ago, I began seeing fellow Mormons link to a talk that President Dallin Oaks gave in Chicago to a group of youth. In his remarks, he said he felt prompted to teach them something of great importance. It’s startling enough that I’ll quote him at length:

But now, there’s something about the right hand. When we’re baptized, the priest raises his right hand — not his left hand, but his right hand. And when we partake of the sacrament, we partake with our right hand, not our left hand. And today, I saw quite a few of the deacons take the sacrament with their left hand. Don’t do that, because you set the wrong example for the congregation if you do that. I know why you did that, because the sacrament tray was coming up on this side, and it was easiest to do it that way. But a mother who’s holding a baby probably changes the baby so she can use her right hand. And all of us should partake with the right hand when we participate in that great ordinance of the gospel.

That’s what I felt impressed to share with you. I often mention that in other meetings, but I’ve never seen so many deacons take the sacrament with their left hand. So I thought I’d better perform my responsibility to share that with you. God bless you. In the name of Jesus Christ, amen.

Wait … what? Latter-day Saints are not supposed to take the sacrament (communion) with our left hands?

This was news to me. Completely. Since joining the church in 1993, I had never heard this custom/policy/doctrine expressed either verbally or in anything I’d read. Yet here was a member of the First Presidency who was apparently shocked that 12-year-old boys hadn’t gotten the memo.

Last week, this preoccupation with right-handed convention became official policy, as it entered into the new Handbook — no pun intended. In the Handbook’s instructions on administering the sacrament, there is now this directive: “Members partake with their right hand when possible.”

As with any policy, this one has a history, and I’m grateful for historians who can give us context. Jonathan Stapley has offered a detailed and valuable timeline that traces the preference for taking the sacrament with the right hand throughout LDS history.

The bottom line is that, particularly from the 1890s to the 1950s, church publications (and even, very briefly, the Handbook in the 1930s) emphasized that use of the right hand was “customary” and “advisable.” The discussion dropped out after 1961 — apart from a 1983 Ensign article by Russell Nelson, now the president of the church, and last year’s bootleg recording of Oaks, his first counselor. It appears that the two of them feel this is an important issue for the church, and they are now in positions to make that feeling a global policy.

Here’s what it means for me personally: It seems I have been taking the sacrament the “wrong” way since 1993, since I have unconsciously taken the bread and the water the way I eat and drink most things, which is with my left hand. 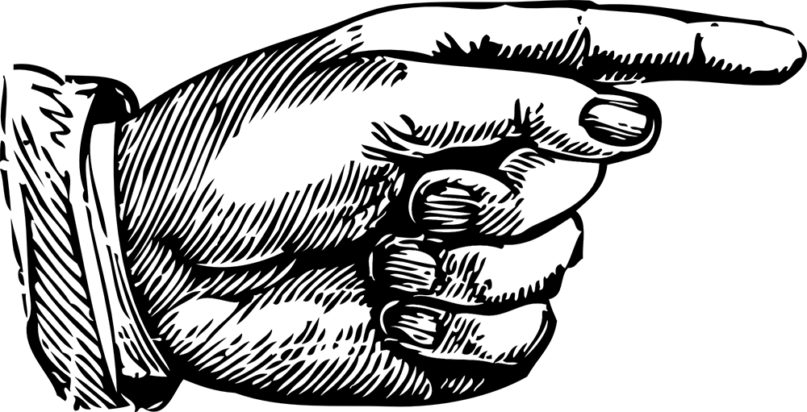 I’m not a pure southpaw. I’m technically what they call “mixed-handed,” meaning that, of the 10 basic skills in the Edinburgh Handedness Inventory, I do some with my left hand (including the two most important according to U.S. culture, which are writing and eating), and others with my right (throwing, using scissors, cutting with a knife, striking a match). The EHI is a basic and rather old-fashioned assessment. If it were updated today, I’m sure it would include such important questions as which hand you use when retweeting nonsense in the middle of the night. But you get the idea.

Being mixed-handed is not the same as being ambidextrous, as author David Wolman points out in the entertaining book “A Left-Hand Turn Around the World.” Ambidexterity — which means you can do all 10 things equally well with either hand, exhibiting no consistent preference, is an extremely rare condition blessing maybe one in 1,000 people. Some scientists believe it doesn’t actually exist at all.

My beef with ambidextrous people (if they are real and can truly do all things equally well with either hand, like Westley’s sword fighting in “The Princess Bride”) is not so much in their enviable superpower but in the word used to describe them: “Ambidextrous” literally means “both rights.” In other words, the nicest thing the English language can come up with to describe people who can use their right and left hands equally well is that they have two right hands. The reverse of this is also true: People who have a rare condition in which they cannot use either hand are called ambisinistrous, which means — you guessed it — two lefts.

English words based on the Latin for “right,” furthermore, suggest right-handedness is straight, correct, dexterous and even moral (as in “rectitude”), while the left hand is related to words such as sinister, gauche, and awkward.

My point here is that the new preoccupation of the LDS Handbook is a quite old preoccupation that predates Christianity itself. The Hebrew Bible, or Old Testament, is filled with examples of right-handed superiority (see the Books of Ecclesiastes, chapter 10, Psalms, chapter 118 and Genesis, chapter 48, for instance), and it doesn’t get better in the New: Remember that in Matthew’s Gospel the good sheep get to go on the Father’s right hand, and the nasty goats are siphoned off to the left.

While as a mostly left-handed person/goat I smart at the injustice of being born into the tribe of roughly 10% of people who have been looked down on in various cultures and times through no fault of their own, as a reader of Scripture I get it. I do. Mormon leaders want to take ritual seriously, and the Bible seems to offer a pretty clear statement that right is right. Lefties in the Bible are generally anathema unless you’re heading into battle, in which case we can be strategically useful. Apparently we’re awesome with a slingshot.

Now that it is official church policy, will I start taking the sacrament with my right hand?

Sure. Why not? I can switch-hit for the church. I practiced this on Sunday, when I sat on my left hand to remind myself not to reach with it automatically, and I pulled it off, eating the bread and drinking the water with my right hand for what may have been the first time ever. I would not say my thoughts were particularly spiritual, but I complied with the new rule.

I did so not because I agree this is important but because it is an easy thing my church is asking of me. This request doesn’t harm anyone; it’s not like I am being told to support legislation that harms LGBT people, for example. There are things I will not ever do for my church, lines I will not cross. But taking the sacrament with a different hand than is natural for me is just not the hill this left-hander wants to die on.