Civil rights activists say Biden staffer Amit Jani, who was hired in September 2019 as the campaign’s Asian American and Pacific Islanders national vote director, is unfit to work with the campaign due to his close association with Indian Prime Minister Narendra Modi and his Hindu nationalist Bharatiya Janata Party.

“To hire a supporter and friend of Narendra Modi opens the door to embracing anti-Muslim and Hindu nationalist politics,” reads an open letter published March 6 by Equality Labs, a South Asian American advocacy organization. “Progressive Asian Americans and South Asian Americans cannot stand by a candidate with relationships to fascists, here or abroad.”

An Indian American and a Hindu, Jani also served as the campaign’s Muslim outreach coordinator. He was hired just weeks after India’s revocation of Kashmir’s semi-autonomous status.

After Jani’s links to Modi were revealed in media reports, the campaign brought on a former aide to Hillary Clinton to lead engagement with Muslim Americans.

But the campaign would not answer Religion News Service’s repeated requests to clarify whether Jani is still on staff and still involved in Muslim outreach.

Jani’s father, Suresh Jani, was a founder of the Overseas Friends of BJP in the U.S., the New Jersey-based sister organization of India’s ruling party that celebrated Modi’s reelection. The elder Jani and Modi are old friends; when Modi first visited the U.S. in 1993, he stayed for several days at Suresh Jani’s home.

Amit Jani has posted Facebook photos of himself with Modi, including after Modi’s reelection victory and during the “Howdy Modi” event in Texas. Amit Jani’s name also appeared on an event listing in New Jersey last year that celebrated the revocation of Kashmir’s autonomy and listed the BJP’s national general secretary as a speaker. His mother, Deepa Jani, campaigned for Modi’s reelection.

We’re Asian Americans & Pacific Islanders and we’re Ridin’ with @JoeBiden! Join our conversation with @BeraForCongress on the importance of AAPIs in this year’s presidential election. #AAPIsRidinWithBiden #CarpoolCampaign pic.twitter.com/jydzbs8o48

“Prime Minister Narendra Modi has been called many things, among them a reformer, visionary, catalyst for a new Indian era, and even a saint,” Amit Jani wrote in a 2014 Huffington Post blog remembering Modi’s visit to his home and comparing Modi’s popularity among Indian American youth to President Barack Obama’s voter base. “Perhaps what has enabled the American people and Indian-American youth to connect with Modi is a sense of the shared values of democracy, between that of the oldest democracy in the world and that of the largest.”

Since August, Modi’s administration has received international condemnation over its crackdown on Kashmir; its passage of the Citizenship Amendment Act, which critics call anti-Muslim and which for the first time in Indian history makes religion a criterion for citizenship; and plans for a National Registry of Citizens, which has already put 2 million people at risk of deportation or detention.

The fallout from the legal changes has led to deadly street violence targeting Muslims.

“The Indian government must take swift action to ensure the safety of all of its citizens,” USCIRF Commissioner Anurima Bhargava said after the anti-Muslim riots broke out. “Instead, reports are mounting that the Delhi police have not intervened in violent attacks against Muslims, and the government is failing in its duty to protect its citizens. These incidents are even more concerning in the context of efforts within India to target and potentially disenfranchise Muslims across the country, in clear violation of international human rights standards.”

Modi himself was banned from entering the U.S. for nearly a decade on religious freedom grounds, due to his alleged involvement in the 2002 Gujarat riots that killed more than 1,000 people, mostly Muslims.

“Having Jani, who has a long documented family history of supporting BJP, and who is an avowed Modi fan, as outreach is not only an affront to many Muslims in the diaspora who struggle with Islamophobia here at home in the U.S., but also have families back home that continue to face persecution,” said Suchitra Vijayan, director of the Polis Project, which focuses on journalism and research about South Asia. “These are not the values any presidential candidate should embody, especially if you are running against (President Donald) Trump.”

The organization South Asian Americans Leading Together, noting that Jani participated in a 2012 youth leadership program the organization hosted, wrote in a statement that “South Asians holding positions of political influence must be responsive to the most critical issues in our community, including Hindu nationalism and Islamophobia. When it comes to hate violence and discrimination, neutrality is not an option.”

Jani’s role in the campaign could jeopardize Biden’s relationships with the broader Asian American and Pacific Islander communities, the Equality Labs letter argues.

The letter’s signees, including Harvard professor Cornel West and nearly 40 other activists, scholars and organizations, called on the campaign to fire Jani and develop “substantive policy actions” to tackle Hindu nationalism, Islamophobia and white supremacy. A separate online petition urging Biden to fire Jani has received over 5,600 signatures.

More than 3,300 people have signed yet another petition in support of Jani. The petition describes criticism of Jani as “Hinduphobic.”

“Amit has served the Asian American community with utmost dedication, and his record of service culminated in his appointment to the Biden campaign,” the petition says. “This targeting reflects McCarthyesque tactics that import polarizing politics from overseas into the American election campaign.” 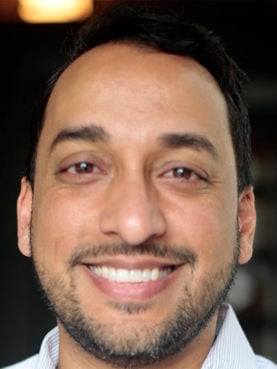 The Biden campaign did not comment on any of the letters or petitions, nor did it answer questions about Jani’s current role. But a staffer pointed RNS toward an announcement of a new hire: Farooq Mitha, a new senior adviser on Muslim American engagement.

Mitha is a former Clinton aide as well as a founding board member of Muslim advocacy group Emgage, which endorsed Sanders last month. Mitha did not respond to a request for comment.

Reports indicate that the Biden campaign had been struggling to find a suitable Muslim staffer to court American Muslim voters, since news broke of Jani’s hiring.

In an interview with The Muslim Observer, which announced Mitha’s appointment, Mitha sidestepped a question referencing concern over Jani’s role in the campaign and said Biden was “disappointed” by the Modi administration’s implementation of the NRC and CAA as well as India’s recent actions in Kashmir.

“He supports the rights of the Indian people to protest and believes that these measures are inconsistent with the country’s long tradition of secularism and sustaining a multi-ethnic and multi-religious democracy,” Mitha told the blog.

Muslim Gold Star father Khizr Khan, whose son died while serving in Iraq and who famously rebuked Trump at the 2016 Democratic National Convention, is also campaigning for Biden among Muslim communities.