(RNS) — Community of Hope African Methodist Episcopal Church in Maryland is switching gears as it promotes the need for African Americans to fill out the 2020 census form in the midst of the coronavirus pandemic.

The Prince George’s County congregation had planned to hold block parties with other churches in the Washington metropolitan area to highlight the importance of taking part in the census. Now it has arranged for DJs to promote the census on their mainstream and online stations.

The church is replacing town halls where people would have gathered in person — and beyond new social distancing parameters — with online chats.

“The challenge of Black participation in the Census is a moral issue, not just one of civic engagement,” the Rev. Leslye Dwight, minister of social justice at the Temple Hills church, said in an email to Religion News Service. “The coronavirus only exacerbated many issues in the Black community that can be addressed when we are counted in the Census.” 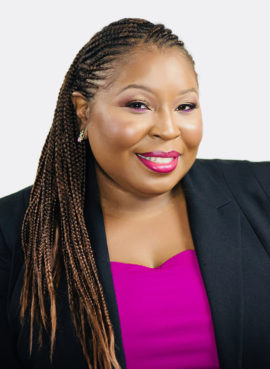 Dwight has joined other black religious and community leaders in a multifaceted strategy to get long-undercounted African Americans to respond to the once-a-decade tally of the U.S. population.

A coalition of dozens of national and state organizations partnered with one another for a “Black Census Week” campaign to encourage native and foreign-born black people to fill out the census by phone, mail or computer in the days ahead of Census Day, which falls on April 1.

The efforts come more than a month after Census Bureau officials drew about 100 leaders to Washington National Cathedral for an interfaith summit at which speakers from Christian, Jewish, Muslim and Buddhist faiths presented examples of how they were urging congregants to participate in the count. At that event, census officials said they wanted to reverse the longtime undercount of people of color even as some attendees cited fear and mistrust as hindrances for many racial minorities.

Now, additional concerns about the coronavirus have prompted some black religious leaders to step up efforts to prevent census participation from being overlooked.

“The coronavirus has added to the already existing fear that people had about a number of questions,” said the Rev. Barbara Williams-Skinner, co-convenor of the National African American Clergy Network, which has an “Everyone Counts” campaign.

For example, some people weren’t clear that a citizenship question, once proposed to be part of the census, is not included. 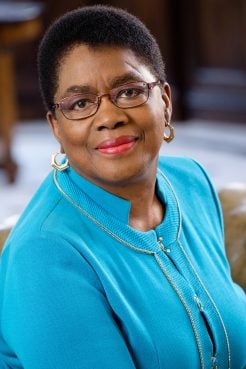 Additionally, the census has become less of a priority for people who, because of the virus, are figuring out how to feed their families and get unemployment insurance, Williams-Skinner said.

“We believe that with the survival issues that people have, we want them to understand that this census has a 10-year impact, and it should be high on their list of survival issues, should be right alongside the other issues on their mind,” she said, noting census results help determine if communities get a hospital or a school.

Census officials have announced, in light of coronavirus concerns, that they are adjusting operations, including extending the deadline to Aug. 14 for “self-response” online, by phone and by mail that started March 12.

The Black Census Week has focused from March 23 to 29 on groups, such as children, seniors and LGBTQ people, that have been undercounted in the past. It concludes with “Black Census Count Sunday” on March 29, which Williams-Skinner said will continue on other Sundays, when pastors have been asked to preach about the importance of being counted.

Williams-Skinner and Dwight joined other black leaders, including the Rev. Al Sharpton, founder of the National Action Network, in strategizing efforts to urge participation despite the coronavirus challenges.

Dwight, who said her church’s app directs people to the 2020 census survey, also said participation in the count will help often-underrepresented populations have more of a say in the funding of public services.

“It is problematic when our government can count Black people when it comes to the overrepresentation in the criminal justice system, poor education outcomes of our children, and poor health outcomes of our families,” she said. “Yet, sections of the Black community are considered hard to count when it comes to giving us our money and the power of our vote.”