WASHINGTON (RNS) — As the once-a-decade count of Americans nears, U.S. Census Bureau officials brought faith leaders together to talk about their role in getting congregants across the country to participate.

“You are your community’s most trusted voice,” Steven Dillingham, director of the U.S. Census Bureau, told about 100 leaders gathered Tuesday (Feb. 18) for the bureau’s interfaith summit in an auditorium of the Washington National Cathedral.

“We appreciate your help in delivering our message to your congregations and assuring them that the 2020 census is easy, it is safe and it is important to their community and our nation.”

But, while speakers from a range of faiths cited numerous ways they are working to encourage participation in the count that officially starts April 1, issues of trust and safety were exactly what were on the minds of some of the attendees. Pastor John Zayas of Chicago voiced concerns about threats by the Trump administration to sanctuary cities, including the presence last summer of armed Immigration and Customs Enforcement agents in his city.

“Do we have a guarantee from the administration, from the department, that our information doesn’t go to those places?” he asked. “Because there’s legitimate fear here.”

The Rev. Gabriel Salguero, president of the National Latino Evangelical Coalition, responded, saying congregations, like his in Florida, need to become “safe spaces.” Some members of Calvario City Church in Orlando, where he is the senior associate pastor, have been certified by the Census Bureau as onsite trainers who can assist people in responding to the census online.

“I think we have to acknowledge the fear,” said Salguero in response to Zayas’ question. “And then I think the question is: And then what? If there’s fear, what are the antidotes to that fear?” But the Rev. Nelson Rivers III, an officer of the Rev. Al Sharpton’s National Action Network, said “to be paranoid is a natural response to being black and brown in this country.” He noted the government is run by a different administration than it was in 2010, when the last census was taken.

“I’m from a community that realizes the policy depends on who’s enforcing it,” said Rivers, NAN’s vice president of religious affairs and external relations. “Right now, we have a guy who’s demonstrated that the law doesn’t mean jack to him.”

In response to Rivers, Dillingham stood up along with other Census Bureau executives and spoke of the bureau’s track record. 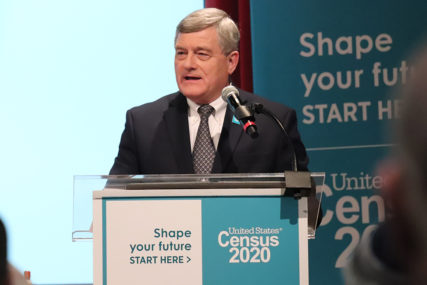 “I can assure you that not only does the law require us to do our job professionally and protect confidential information, we have all the systems in place, the most sophisticated systems available, to protect the information,” he said.

Albert E. Fontenot Jr., associate director of decennial census programs, added that it is time to reverse the longtime undercount of people of color in the U.S. census.

“For decades the black and brown communities in America have been undercounted,” he said. “And if we allow fear to cause us to be undercounted one more time, we are putting power in the hands of people we do not want to put power in their hands.”

Leaders of Christian, Jewish, Muslim and Buddhist faiths cited examples of how they are urging congregants to participate in the count that affects the distribution of some $675 billion in federal funds and determines congressional representation. A Muslim woman in Virginia is making sure every child is included, even if just 1 day old. A rabbi in New York said he is working to help technology be available in hard-to-count areas. A Catholic nun in Ohio has urged college students to join the count.

Bishop Reginald Jackson, a Georgia leader of the African Methodist Episcopal Church who is encouraging his denomination’s churches to make sure every congregant’s family is counted, said he understood the concerns voiced by Rivers and others.

“I think your question highlights why it’s important that all faith leaders in this crowd and across this country have a responsibility,” Jackson said. “Because the fact of the matter is it’s going to take folk who look like them and who live where they live to get them to trust us on this census.” 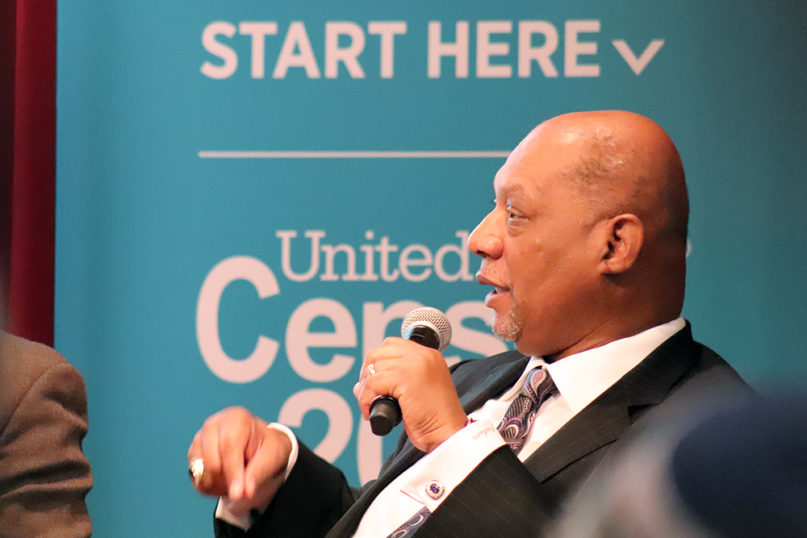 Beyond the census interfaith summit, other groups have been working to include houses of worship and faith leaders in encouraging religious constituencies to take part in the count that affects funding of public services such as schools, hospitals, roads and emergency response for at least the next 10 years.

Faith in Action, a national community organizing network, launched a campaign last year. Other organizations, including Faith in Public Life and Fair Count, have offered toolkits with key dates, sermon tips and frequently asked questions (including one answering that the census will not include a citizenship question).

At a recent Congressional Black Caucus leadership summit, Fair Count Vice President Jeanine Abrams McLean said her organization has paid for internet installations in churches and other locations in parts of Georgia where there was no online access.

McLean, the daughter of two ministers, said the access will help people whether or not they worship in the newly wired churches.

“I know that people say everybody doesn’t go to church,” she said. “You might not go to that church. But you might know somebody that uses that church’s food pantry or that church’s clothes closet.”