(RNS) — For weeks, as Easter approached, churches have been rushing to use the internet in new ways, livestreaming and videoconferencing to keep the faithful together for weekend worship.

But at least a handful of churches across the country — including three Southern Baptist ones — have intentionally decided not to worship online on recent Sundays as some political and health officials said coronavirus-related social distancing applied to religious gatherings.

Liberty Baptist Church in Missouri is one of them.

Even on Easter — and at least weeks beyond it — Pastor Nathan Rose said his congregation’s leaders have decided not to attempt online worship as a replacement for their traditional services at 9 and 10:45 a.m. on Sundays.

“We do not think that live streaming a worship service is inherently wrong or sinful,” he said in an email to Religion News Service. “However, we do not want to unintentionally communicate that an online service is the same as — or even like — worshipping with the gathered body in person. In other words, we don’t believe that a live stream is a real, actual substitute for a church gathering.” 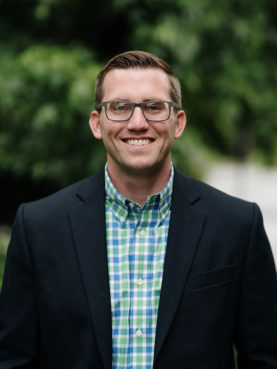 Rose joins pastors in locations from the nation’s capital to the Sunshine State who have made similar decisions.

He said he views “this season of separation as a time of longing and lament,” even as his congregants cautiously avoid devising a substitute.

“During this time of social distancing, we think it is appropriate to mourn and long for worshipping our great God together in the presence of our brothers and sisters,” Rose said.

“Let us use any absence of gathering as an exceptional time under the hand of God, to reflect on our life, our church, our community, to pray for the sick and medical professionals, to offer whatever help we can, and to rest,” its pastor, Mark Dever, wrote in a March 12 letter posted on the church’s Twitter account. The church’s website includes a statement that its public services are canceled until April 26.

Dever, who could not be reached for comment, posted a link to a blog post featuring Rose’s reasoning and tweeted on his own account: “A church after my own heart!”

An inquiring pastor asked Dever on Twitter, “why not live-stream messages for the edification of the saints at this trying time?”

He responded: “Because a video of a sermon is not a substitute for a covenanted congregation assembling together and all the various means of God’s grace in that. I think it would be healthier to respect God’s strange providence in a period of abstinence from meeting together.”

Wade Burleson, a blogger and Oklahoma pastor whose church plans to meet on Easter via social media and its website, posited that people favoring Dever’s point of view are exercising an “unbiblical doctrine of pastoral authority.”

“Baptists need to get back to being baptistic,” he wrote in a March 29 blog post. “Every believer is a priest.” 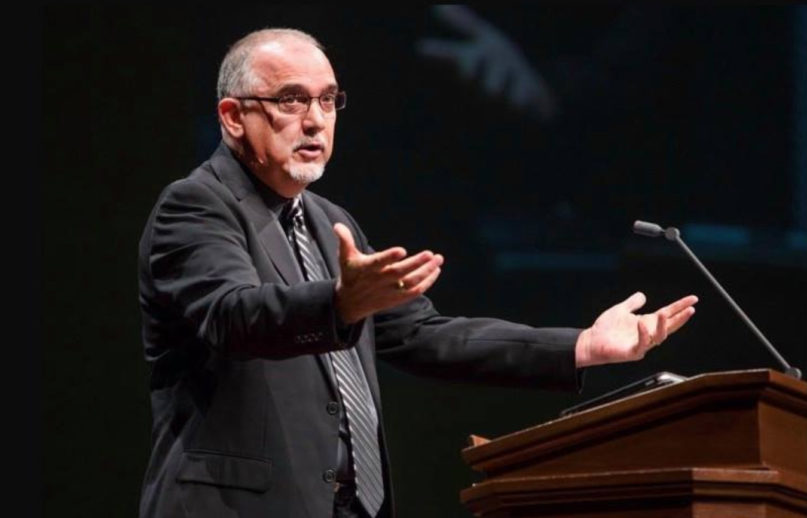 Ascol, whose Cape Coral, Florida, congregation did not meet for two weeks in March, said churches that refrain from online worship services are following the biblical definition of “ecclesia,” which he said means “the called-out ones” or “gathered in an assembly.”

Adding to the social media debate on the issue, Ascol tweeted: “You can no more go to church online than you can eat dinner at a restaurant online.”

After two weeks of leaders of his Grace Baptist Church suggesting home worship and recommending sermons in the church’s online archive, some members of Ascol’s church met on Palm Sunday in its parking lot, with families staying in their vehicles one space apart.

For Easter, his church is planning another service in the lot but encouraging those who are “in risk categories” defined by the Florida governor to use guides the church provides with “Scripture readings and meditations, songs and specific points for prayer.”

Rose said he has made an exception for Easter that still involves people staying home and not connecting together on the internet.

His church plans to send out an edited video that day featuring a joint reading by some 40 members of the congregation, whose Sunday attendance normally averages about 300. Each reader will recite a portion of a sentence of the 20th chapter of the Gospel of John that tells the story of Jesus’ resurrection.

“Even though we can’t be together,” Rose said, “we hope this act of celebrating Jesus’ resurrection, reading Scripture, and seeing each other’s faces will be a means of encouragement.”