(RNS) — Cedarville University, a Baptist school, has fired a professor for past alleged misconduct that reportedly involved wronging “another person in a morally serious way using video and technology.”

Anthony Moore’s employment as a professor at the Cedarville, Ohio-based university was terminated on Thursday (April 23) more than three years after he was fired from his position as campus pastor of The Village Church in Fort Worth, Texas.

Moore’s departure from the church in 2017 was announced from the pulpit by lead pastor Matt Chandler, who described the situation as a “sin issue” and said that Moore had acknowledged “grievous immoral actions against another adult member that disqualify (Moore) as an elder and staff member.”

Moore later joined the staff of Cedarville as part of “a five-year plan for restoration,” according to a statement published by the school’s president, Thomas White.

OPINION: Cedarville’s plan to save Anthony Moore abandoned its students — and Moore

In the statement, White said that Cedarville was made aware before the hiring that Moore had been fired by The Village Church for “using video and technology” to “wrong” another person on as many as two occasions.

White did not detail the content of the videos in his statement, but said that the decision to hire Moore to work in admissions was part of a five-year restoration process that was inspired by a “recognized expert on same-sex attraction” and motivated by a “personal desire to model James 5:19 and a Gospel of grace.”

White said that this week, he learned Moore had allegedly recorded at least five videos of the victim over the course of as many months, and not two. The school president also said he learned new details of an “unhealthy friendship” involving Moore.

“If I had known these items at the beginning, I would not have attempted the plan for restoration,” White said in a statement. “After verifying this new information with the victim, I took the action that I had to take and ended Anthony Moore’s employment at Cedarville University on April 23.” 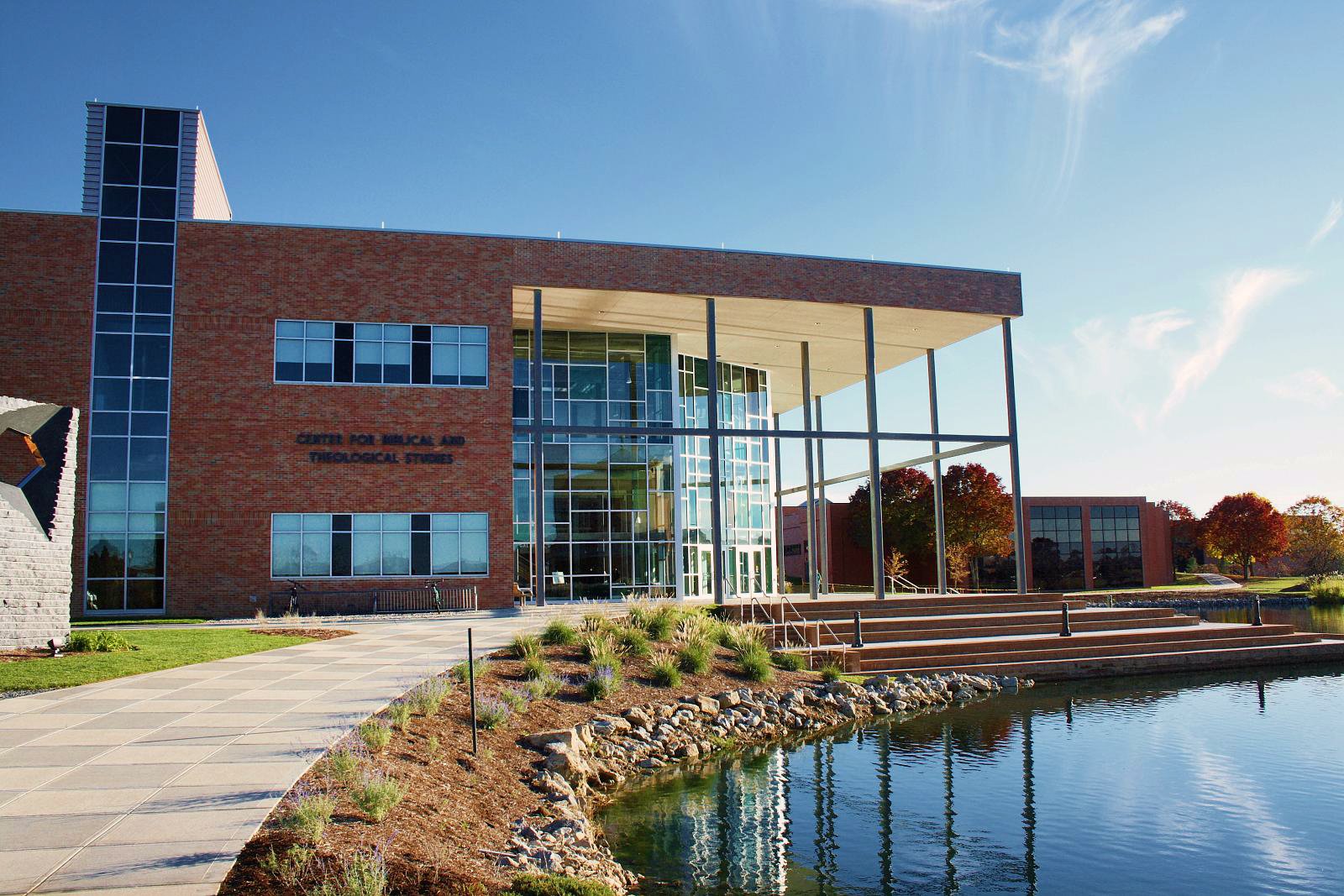 The Center for Biblical and Theological Studies at Cedarville University, in Cedarville, Ohio. Photo by Jeremy Mikkola/Creative Commons

The firing ends Moore’s restoration plan, which required him to conduct mandatory counseling with a pastor, attend chapel every weekday, live in “very public” housing, and only meet with students in public, among other things.

According to the statement, White sent a letter to Cedarville’s board of trustees at the time of Moore’s hiring informing them of the “sinful actions that resulted in the end of his ministry at the Village Church” and asking for feedback on the five-year plan.

White said the board approved moving forward with the restoration proposal. At that time, the board included Paige Patterson, who then served as president of Southwestern Baptist Theological Seminary. Patterson was eventually fired from Southwestern and resigned from Cedarville’s board after he was accused of mishandling rape investigations and recordings emerged of him recounting how he advised a woman to remain in an abusive relationship and “be as submissive as you can.”

White later announced Moore’s hiring during a faculty meeting and noted the pastor lost his previous job at Village Church because “he sinned.”

“Through consultation with others, we believe his sin, while serious, does not permanently disqualify him from ministry,” White said at the time.

However, White said he “did not go into the details” of why Moore was fired from the church, nor does his statement list any attempt to inform the student body about Moore’s past.

Moore was eventually allowed to serve as a classroom professor and as an assistant coach with the school’s basketball team but was not allowed to go into the team’s locker room or accompany the team on overnight trips, according to the statement.

White said he regretted the attempt at restoration.

“I want Cedarville to be a Gospel-centered community that seeks to model grace and truth,” he said in the statement. “Today, we are reminded how difficult and heart-breaking that can be. I point myself and all of us once again to the promise that God is faithful, and we can trust Him.”

Concerns about Moore’s past had been raised recently by blogger Todd Wilhelm, who writes about allegations of abuse and misconduct in churches. Blogger Julie Roys also wrote about Moore’s firing.