That’s true, to be sure. But that’s not the headline. The headline is that Cedarville University, a Baptist school near Dayton, Ohio, knowingly hired a man its president knew to be an alleged sexual offender as a student recruiter, then gave him a job coaching men’s basketball, teaching in the theology department and as a “special adviser” to the president.

In a statement published on his personal blog, Cedarville President Thomas White admitted to hiring Anthony Moore, who had been fired by the Village Church in Fort Worth, Texas, despite White’s knowing that Moore was let go from his post as campus pastor for filming “two videos … over a short period of time” of a man showering, without that man’s knowledge or consent. Most strikingly, White implicated Cedarville’s board of trustees, basketball coaches, administrators and faculty in Moore’s hiring, to the point of claiming that Moore “told his story to the entire faculty in the School of Biblical and Theological Studies during a meeting and entertained questions.”

If White’s claims are true, then there exists a massive and bizarre conspiracy to hire and promote an admitted sexual offender.

Several members of the faculty deny they were told the nature of the “moral failure” that led to Moore’s firing, according to one faculty member I spoke to. In addition, they said that they had voiced opposition to his appointment as a faculty member before they knew that the allegation involved a felony sexual offense, and that White ignored their concerns.

White, meanwhile, maintains that he was also deceived about the full extent of what Moore did, but the Village Church has said in no uncertain terms that it “thoroughly informed Dr. White and Cedarville University about the details of Anthony’s dismissal and our belief that Anthony was not fit for ministry of any kind.”

No matter the number of videos over what time period, the issue is still that the leader of a Christian institution — and, in his recounting, the trustees of that institution — hired a sexual offender in an effort to “restore” him without notifying the student body. That is, students ostensibly under the care of a university and its trustees were used as a means to attempt to rehabilitate someone in a position of influence over them, with no chance to voice their concern or give their consent because they were not informed of Moore’s predation, according to an interview White gave to independent investigative reporter Julie Roys. 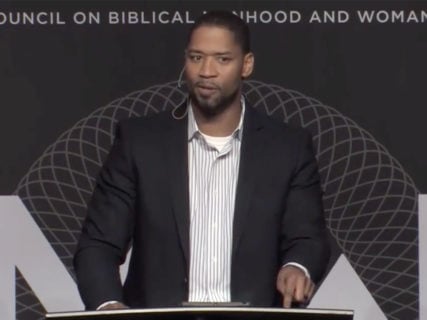 Then Cedarville’s shepherds, to put it biblically, promoted Moore to a position of influence in the classroom and on the basketball court, again giving him unique access to students — and again without letting those students know.

I have no doubt that White (and, according to him, many other people) genuinely wanted to rescue another person from a dark and devious criminal offense and to prevent him from committing that crime again. Their plan for restoration (also posted on White’s blog) is thorough and well thought out as it relates to Moore. Strict boundaries were in place intended to protect students.

But the restrictions raise other questions: 1) If strict boundaries are needed to protect students, then why allow that person to be around students; and 2) If the students needed to be protected, then don’t they have a right to know?

The necessity of such a plan indicates that a college was not the right place for Moore’s restoration. The restoration plan didn’t leave the 99 sheep to go after the one, as Jesus taught. No, their plan abandoned the 99 by welcoming into the fold the one, and it abandoned the one by welcoming him into the exact sort of environment that facilitated his previous crime. That’s not love, either for Moore or for the student body.

Rehabilitation comes with a cost to the person being rehabilitated. A few years ago, I had a somewhat gruesome and painful oral surgery. As I talked with the oral surgeon about the procedure, I awkwardly blurted out, “I have a history of drug abuse.”

“OK,” he responded. “That changes things a bit. You’re not going under, and you’re not getting any pain meds post-operation. It’s going to hurt like h—, but you’ll make it.”

The surgeon went on to explain that he would have to be quite a bit more careful since I would be awake during the procedure, plus he wanted to avoid inflicting pain as much as possible. Most of all, he didn’t want a relapse on his conscience. And after a decade of being clean, I sure didn’t want to walk back down that road myself.

My doctor’s “restoration plan” meant making my body whole while keeping my family whole. The long-term potential consequences of taking opiates far outweighed, in his mind, any short-term good that would come from my taking opiates to make surgery and recovery easier on either of us.

The surgeon was right — it hurt. It hurt really, really bad for a very long time. And he was right on the second count too — I made it. More importantly, the most vulnerable people in my life — my wife and children — made it.

In sum, my doctor did what Cedarville should have done for Moore, just months, not years, into his recovery: The doctor loved and protected both me and my family well, not by putting strict boundaries in place as to the when and where and how of my exposure to temptation, but by removing the temptation altogether.

(Russell L. Meek is a writer, editor and lecturer in Old Testament and Hebrew at Ohio Theological Institute. You can follow him on Twitter at @russ_meek. The views expressed in this commentary do not necessarily represent those of Religion News Service.) 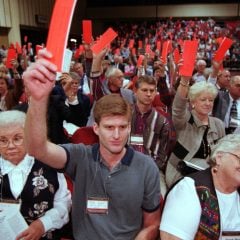