Editor’s note: “Weekend Plug-in,” featuring analysis, insights and top headlines from the world of faith, is produced by Religion Unplugged.

A major way he intends to do that: through investigative journalism.

Smith, 61, has served since October as president of the independent charitable giving watchdog MinistryWatch.com.

“Our overarching goal is to create transparency and accountability in the Christian ministry world,” the 1980 University of Georgia journalism graduate told me.

Rusty Leonard, who founded the nonprofit with his wife, Carol, in 1998, serves as board chairman. Leonard reached out to Smith after a donor provided funding for the new position.

Christian ministries should always opt for transparency and accountability:https://t.co/jfr6wOmy1v

Smith’s past experience includes serving as vice president and associate publisher of World, a leading evangelical magazine, and owning a chain of Christian newspapers. He is working on a book titled “Faith-Based Fraud,” which MinistryWatch hopes to publish in August.

His interest in reporting stretches back nearly five decades to the 1970s Watergate scandal uncovered by the Washington Post’s Bob Woodward and Carl Bernstein.

“When we’re doing investigative journalism, there are two audiences that I care most about,” Smith said. “What do donors need to know to make them more effective stewards? And how can we serve the victims?

“There’s an old saying that I use a lot in this kind of work: Ideas have consequences, and bad ideas have victims,” he added. “So we want to be an advocate for the victims, which is why we will not only cover financial abuse, but we will also cover sexual abuse as well.”

Power Up: The Week’s Best Reads

Here’s a real whodunit with a major break in the 35-year-old case, thanks to digging by the Atlanta Journal-Constitution.

“One night in 1985, a white man walked into an African American church in southeast Georgia and fatally shot a beloved couple,” the Journal-Constitution’s Joshua Sharpe reports. “For decades, DNA found at the crime scene didn’t match that of any of the suspects who were tested — until now.”

The match: Erik Sparre, a suspect dropped from the investigation in 1986 based on an alibi with which the newspaper’s recent reporting found problems.

Washington Post religion writer Michelle Boorstein takes a deep dive into how the coronavirus “is pressing painfully on the soft underbelly of U.S. houses of worship: their finances.”

The blow is hitting small congregations particularly hard, she notes.

But this is more than a story about dollar signs. Boorstein’s focus on real people — such as the Mississippi pastor “who sold cars until the ministry called him 15 years ago” — is what brings this compelling piece alive.

Church donations have plunged because of the coronavirus. Some churches won’t survive. https://t.co/hZeCPwg0J4

As houses of worship nationwide face decisions over when and how to reopen, The Associated Press’ Elana Schor explores the conservative legal landscape.

Elsewhere, some of the nation’s best religion journalists tackle the question of resuming in-person worship — including The Tennessean’s Holly Meyer, The Oklahoman’s Carla Hinton, the Houston Chronicle’s Robert Downen (with colleague Brooke A. Lewis) and the Deseret News’ Kelsey Dallas.

New: Looking at the dozen-ish court challenges filed since the pandemic started that focus on religious freedom, a trend emerges — challenges to limits on drive-in worship have been most successful so far. https://t.co/zEuIZ7IVwB

When @danielsilliman first told me he was writing this I knew it would be the most important piece of investigative journalism that CT would undertake in 2020.

Inside The Godbeat: Behind The Bylines

He’s the new senior vice president of communications for the National Religious Broadcasters.

NRB welcomes @DanDarling, who will serve as the association’s new Sr. VP of Communications. Dan is a podcaster, columnist, and author. He also previously served at @ERLC. We are fortunate to have him join our efforts to advocate for and equip our members!https://t.co/ZOpMDS58pZ

In #Boston, #Muslims who can’t go to mosque for #Ramadan are crafting “mini mosques” in their homes. My latest for @ReligionMag – https://t.co/vh2eaNle9e

If we gave an award for Religion Headline of the Week, the Dayton Daily News would win it.

That headline appeared atop a feature on the First Heavy Metal Church of Christ.

Yes, that’s a real church. And no, the religion beat is never boring.

(Bobby Ross Jr. is a columnist for Religion Unplugged and editor in chief of The Christian Chronicle. The views expressed in this commentary do not necessarily reflect those of Religion News Service.) 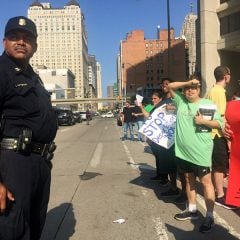 Government & Politics
Chaldeans in US: Why aren’t more Christians speaking out against deportations to Iraq? 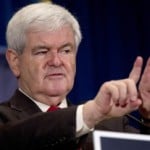