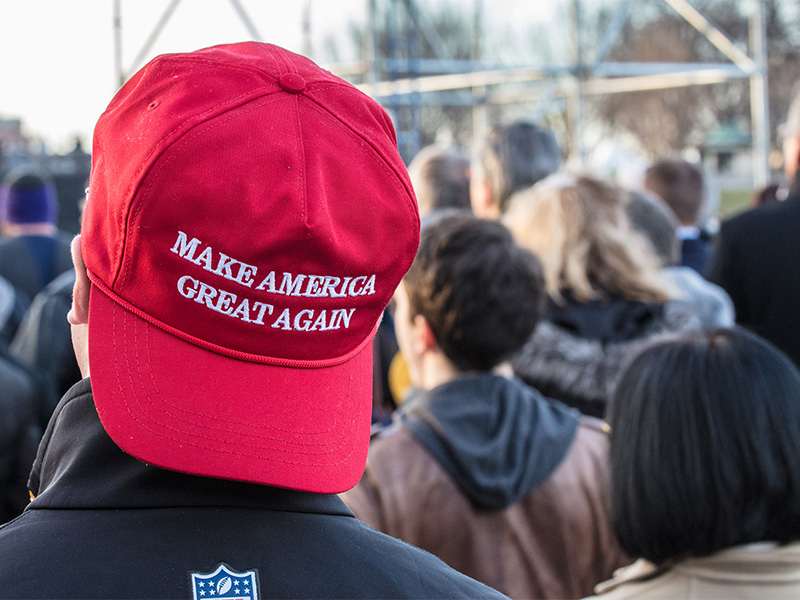 (RNS) — “Mourning in America,” a sendup of Ronald Reagan’s famous 1984 “Morning in America” spot by the Lincoln Project, an anti-Trump Republican group, has garnered 1.5 million YouTube views in two days and evoked a Twitter rant from the president. Why?

The Reagan-era original “Morning in America” creates a halcyon portrait of America before Vietnam, before Watergate, before the oil crisis and the Iran hostage crisis and stagflation and the Carter “malaise.” It is, in a word, restorationist, with a dimension of the religious restorationism — note the church scene — that President Reagan acquired growing up as a member of the Disciples of Christ. The Disciples, who endowed Reagan with what historian Joe Creech calls their “unashamed city-on-the-hill patriotism,” were founded in antebellum America with the goal of restoring primitive Christianity.

Thanks to Reagan, restorationism became core Republican ideology and a constant campaign theme, above all when a Democratic president needed replacing. In 1996, Bob Dole campaigned on “restoring the American Dream.” In 2000, George W. Bush pledged to “restore honor and dignity to the presidency” and to “restore morale in our military.”

In the 2012 election cycle, restorationist messaging by GOP presidential wannabes was everywhere. Newt Gingrich’s campaign book asked readers “to join us in this effort to restore America as a nation like no other.” Rick Perry wanted to “restore the nation’s principles.” Ron Paul’s cry was “Restore America Now”; his agenda, the “Restore America Plan.”

Amazon had on offer a “Michele Bachmann for President” pin that read, “Restoring constitutional conservative values.” Mitt Romney’s super PAC was named “Restore Our Future.” Nor should we overlook the 2012 Republican Party platform, which employs “restore” and its cognates no fewer than 21 times. But the apotheosis of Republican restorationism occurred in 2016, when candidate Trump appropriated Reagan’s “Let’s make America great again” slogan and all but patented it under the now ubiquitous MAGA acronym.

Of course, Trump has advanced an America First conception of greatness that bears little resemblance to what Reagan had in mind when he regularly invoked John Winthrop’s extension of Jesus’ “city on a hill” metaphor to stand for American leadership in the world.

If you want to put it in theological terms, Reagan’s restorationism expressed the optimistic postmillennial ideal of his Disciples youth: Use this time to prepare the way for Christ to return to the best place possible. Trump’s restorationism is akin to the premillennial nightmare of the “Left Behind” book series: We are a beleaguered few who can make it through the end times only by decontamination and walling ourselves off.

But so long as the pre-COVID economy persisted, it retained an aura of Reaganism.

“Mourning in America” destroys that aura. Instead of becoming “prouder and stronger and better,” America has become “weaker and sicker and poorer.” No longer able to point to a boffo stock market and ever lower unemployment, the Republican candidate for reelection signifies economic devastation and worry.

Where “Morning in America” portrayed Reagan as the messianic agent of restoration, “Mourning in America” casts Trump as the Anti-Reagan, who has to be defeated. Would we ever want to relive what his past four years have brought us?