(RNS) — Illinois Gov. J.B. Pritzker, like several of his counterparts around the country, announced a phased plan for reopening his state from the COVID-19 shutdown.

The plan has five phases, the last of which would permit meetings of more than 50 people. That phase will only come when we have “a vaccine, highly effective treatment, or elimination of any new cases over a sustained period,” according to Cisco Cotto, a host on Chicago radio station WBBM.

Writing on Twitter on Wednesday (May 6), Cotto said he confirmed at a news conference with Pritzker that this would apply to churches.

“That means it could be a year or more before most churches are allowed to have services again,” Cotto wrote.

Pritzker acknowledged at the news conference that faith groups have been adapting well thus far, but the reality is that the idea of limiting churches from having groups larger than 50 simply isn’t tenable long term.

It will not only hurt churches’ ability to survive this crisis but could also exacerbate the mental health struggles beginning to take hold across the country. Pastors are impatient to engage the increased suffering of people in the churches and in their communities. That work often involves meeting with people in person. For Christian leaders, it is becoming increasingly difficult to persuade to hold tight and remain distant from those who need their help. 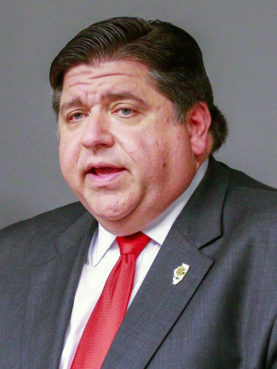 We need a better way.

For the past several months, a large majority of pastors and churches have served well, partnering with governments and caring for both their communities and their congregations. We want to keep doing this.

There’s no doubt that the government may require churches to shut down during emergencies, as constitutional scholar John Inazu told me recently. I see the sense of allowing science to set the schedule. However, science tells us that social distancing and other mitigation measures can help limit the spread of the virus.

Churches should be allowed to make them work.

Following the model applied to grocery stores, where times and spaces are the two critical metrics, rather than simply being focused on a set number of people gathered, churches can reopen while minimizing contact.

If Costco can make it work, so can the churches.

For instance, at the historic 3,750-seat Moody Church in downtown Chicago, where I serve as an interim teaching pastor, we could allow (as some governors already have) 25% capacity at multiple services, maintaining social distance by skipping rows and only allowing families to sit together, all while wearing masks.

Faith leaders are ready to work with the governor to follow the science and to gather in larger groups. In Chicago, James Meeks, pastor at Salem Baptist Church and a former state senator, and Wilfredo de Jesus, founding pastor at New Life Covenant Church, have both seen their congregations hit especially hard.

Both told me that they want to work with the city of Chicago and with state officials to reopen safely.

By convening a designated group of pastors and other religious leaders, government officials establish a model that supports public health and opens our communities again.

Pritzker has already declared churches a critical, indeed essential, component of tens of millions of Americans’ lives. We want to protect those lives. Rather than put church and state at odds, let’s partner to talk about how to allow churches to gather safely. We can begin to establish a relationship between Illinois and its churches predicated upon collaboration, aimed at serving our communities.

The other way inevitably will result in lawsuits and allegations. The First Amendment matters and we want to uphold it. In practice that means not giving ground unnecessarily to government. Instead, we should take the opportunity to find common ground to balance the scientific evidence with the needs of the faith community. 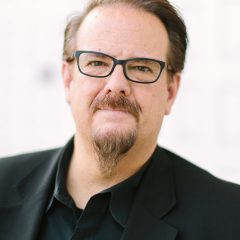 I don’t see churches opening tomorrow in Illinois — there is still too much community spread. But now is the time to start talking about when and how churches will reopen, instead of moving the goalposts so far away that it only provokes frustration.

(Ed Stetzer is executive director of the Wheaton College Billy Graham Center. The views expressed in this commentary do not necessarily represent those of Religion News Service.)