(RNS) — On Monday (June 1), President Donald Trump set the media ablaze when he walked over to St. John’s Episcopal Church and took a photo outside the fire-damaged building while holding a Bible.

Since George Floyd’s death at the hands of four police officers in my hometown of Minneapolis, America has been in turmoil. Protests, followed by riots, have broken out in dozens of cities across the country. Even the arrest of police officer Derek Chauvin, who pinned down Floyd at the neck with his knee, and the charges against the other three police officers present at the scene do not seem to have calmed the unrest on our streets.

So what is the answer?

I think President Donald Trump pointed to it — even if you don’t like how it happened or who it happened through: We need to meet at the Bible.

The Bible offers solutions for this present moment, and the president holding it has people all over the world talking about what it actually says.

Holding the Bible is controversial, and it should be, because this book has been used and misused throughout history.

The Bible has been abused and taken out of context to justify horrible atrocities, but when taken in context, it has unleashed the most incredible revolutions of love the world has ever seen. In America alone, the abolition of the slave trade, Martin Luther King Jr.’s activism and the civil rights movement and women’s suffrage all have ties back to the words on its pages; words that speak of a God of both grace and truth, righteousness and justice. The Bible tells us that God is with the outcast and oppressed, the orphan and the widow, and those who follow Jesus are called to a ministry of reconciliation. 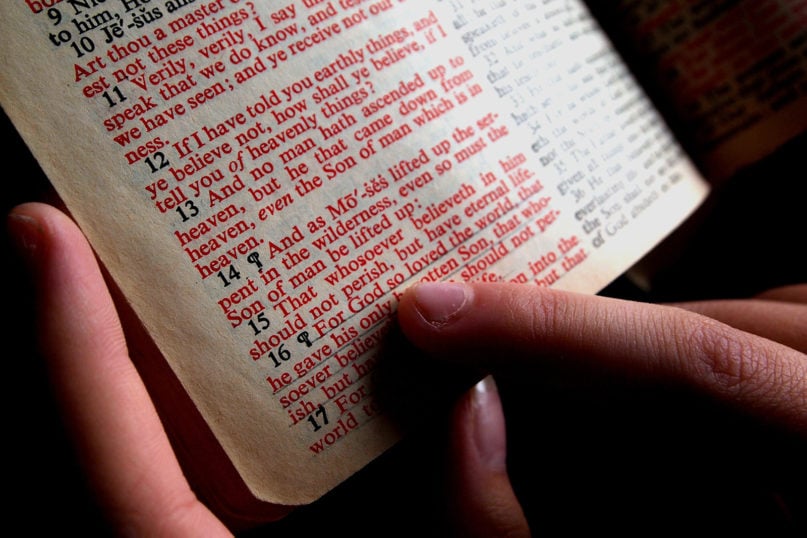 It also is a book that speaks of truths that transcend time and culture (and politics). The Bible forces us to balance competing virtues. It all culminates in the example of Jesus, who reconciled a broken world to a holy God through his self-sacrifice on the cross 2,000 years ago.

It is also a book of grace for the sinner, tax collector and saint alike. Even our most famous Christians, from Billy Graham to Mother Teresa, have failed to live up to the standard of this book.

These are all reasons that if you are against Christians, or the politicization of religion, you should want everyone to find inspiration and guidance in the Good Book, even if it’s to get them to be more loving, more empathetic and less judgmental.

For those more upset about rioting and looting than grieved over the injustice done to George Floyd and the systemic racism that has existed for 400 years in America, the Bible speaks much to listening and seeking to understand the experiences of others. It prophetically calls out injustice.

For those upset with Trump, the Bible speaks much about loving those different from us, turning the other cheek when we are offended and forgiving those who wrong us not simply seven times, but 70 times seven.

Conversations around the Bible allow us to speak across what divides us. 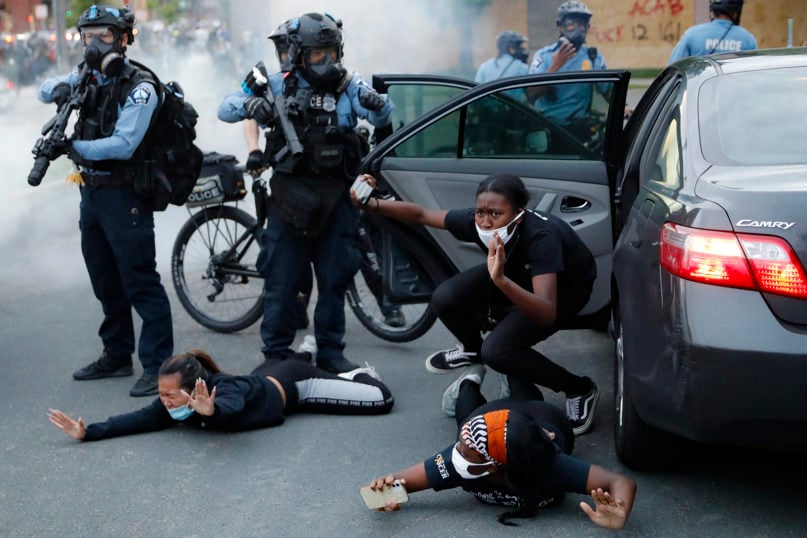 Motorists are ordered to the ground from their vehicle by police during a protest on South Washington Street in Minneapolis on May 31, 2020. Protests continued after the death of George Floyd, who died after being restrained by Minneapolis police officers on Memorial Day. (AP Photo/John Minchillo)

I’ll do some of that here:

To people of color who have endured opposition and messages of “patience” from those who don’t feel your pain, I am sorry and am personally committed to working toward biblical, sustainable solutions. I’ve been grieved studying King’s “Letters from the Birmingham Jail,” realizing that I have been part of the white moderate he speaks of. This needs to change, starting with me.

RELATED: Black activists to learn from on Blackout Tuesday

To those who feel shamed and guilty simply for being white, I am sorry. We all have been born into a broken world where the sins of our fathers and mothers have become a problem we did not create, but whose solution we must find. As your peer, I would encourage you to ask the God of the Bible to expose the racism that exists in us, to seek to learn and understand from leaders of color, and to invest in causes making a difference in black communities.

None of this changes if we do not change, and we do not want to continue to blindly allow these systemic problems to be passed along to our children and grandchildren.

At the beginning of this year, with several Christian organizations and leaders, I launched the “Year of the Bible,” a campaign to encourage people to fall in love with the Bible. We had no clue that in 2020 we would be facing a global pandemic and a national crisis over our history of racism. Yet it’s precisely these kinds of moments in our lives when we need to turn to Scripture and remember what the Bible says about justice, forgiveness, reconciliation and mercy.

So let’s keep talking about the Bible. Hold up yours, take your picture and share what the Bible means to you using #YearoftheBible. Maybe God will show us a way through this wilderness.

(Nick Hall is the founder of Pulse, the Together movement and Year of the Bible. He is also president and CEO of The Table Coalition. Follow him @NickHall.)