(RNS) — Last week, Middle Collegiate Church — a multi-racial, multi-ethnic congregation in New York City, hosted a two-part virtual class on anti-racism. This isn’t particularly surprising; the church has long been committed to spirit and justice and is practiced at holding conferences on topical issues.

What I could not have predicted is that the event attracted more than 3,500 people who were willing to spend two evenings learning about — and presumably buying into the concept of — anti-racism.

In part, the program’s popularity was due to it being led by the Rev. Jacqui Lewis, the first woman to serve as a senior minister in the Collegiate Church, whose magnetism I have experienced before (and who will be my guest Tuesday, June 23, on the next episode of the RNS program “Becoming Less Racist“).

Even her banter was compelling and provocative, as she told the online crowd matter-of-factly, “Part of the way that we’re protesting anti-Black racism is, we’re turning our colleagues into allies, turning our allies into accomplices, so that we can heal the world of racism once and for all.”

In an interview after the program, Lewis, who credits the assassination of Martin Luther King Jr. for spurring her interest in racial justice work when she was nine, called the “bi-ethnic” community that she inherited on becoming senior minister at Middle Collegiate “the stuff of my dreams: I saw we could look like the subway, or the U.N. or heaven on earth.”

With that diversity as a beginning, she stretched the congregation to open the circle wider. “More folks of more ethnicities and backgrounds, and sexuality — even more faiths — found their way to Middle Church,” she said.

But after the death of Trayvon Martin, a Black teenager killed while walking through a Florida subdivision, Lewis told her church that “being multi-all-the-things was not enough.” She led Middle Collegiate to commit to being anti-racist “in our congregational life and in the world.” With her husband, the Rev. John Janka, she wrote a book, “Ten Essential Strategies for Becoming a Multiracial Congregation,” with Middle Collegiate as the model.

The church has since held 14 national conferences to help leaders learn how to create multiethnic, antiracist secular and faith communities. “The more we went straight at racism as a problem we could all cure, the more people attended,” she said. 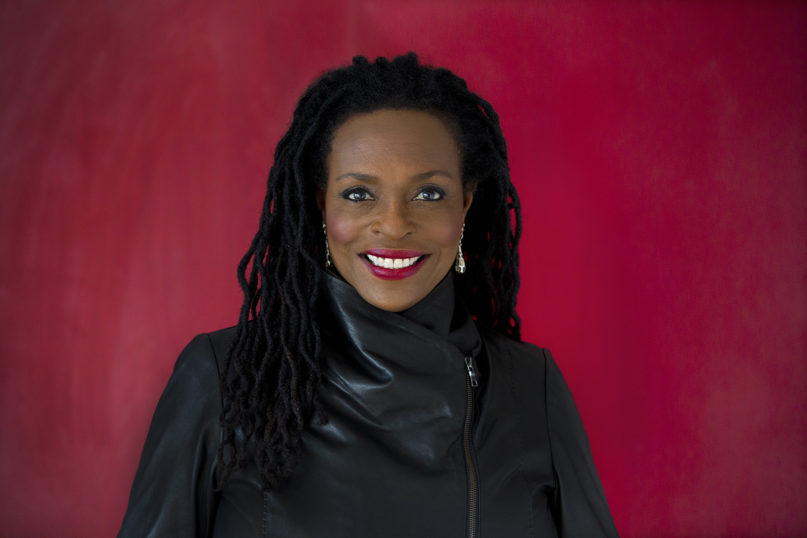 As the protests against George Floyd’s death began, she said, “I knew I had to do something different.

“In this moment, we felt it was important to host this anti-racism training because anti-racism is God’s work,” Lewis told me. “If we can begin to build an anti-racist consciousness in hearts and minds, we can ensure that commitment to Black liberation lasts beyond this moment and turns into a movement for God’s justice and revolutionary love.”

The first evening of the anti-racism workshop was like a sermon, memoir and academic lecture all at once, a beautiful way to learn about anti-Black racism through personal storytelling and commentary on pressing concerns on racial justice.

In her introduction to the workshop, Lewis shared her vision for what needs to change in this country: that we need to reimagine and rewrite the narrative of what it means to be Black in America and how we need to use every tool we have available to us to disrupt this story. And illustrating the power of storytelling, she told how at five years old she became conscious of her own blackness as she struggled to respond after a fellow kindergartener called her the n-word.

The second evening shifted the focus from Rev. Lewis’ experience with racism as a Black woman to the question of what white people can be doing to deal with white supremacy. This conversation was led frankly and honestly and beautifully by Janka.

Perhaps the most challenging portion of the second evening came when the audience was asked to identify when we became conscious of race and our own position within the racial hierarchy. This was a fascinating exercise, not just because it asks us to reflect on our own racialization, but to also juxtapose it with how other people have experienced race within their own lives.

“In this work, we are either racist or antiracist — there is no middle ground,” Lewis told me. “It’s time for folks to choose a side, and I am given hope by the millions of folks uniting on the side of love and justice. I also hope that my Black colleagues will feel supported by (an) anti-racist, multiethnic movement for an antiracist future.

“We need all hands on deck to get white supremacy off the necks of Black people.”