It’s not that she’s unwilling to share it. The story of how an African American former military police officer turned personal trainer converted to Judaism and then became a rabbi is well-known and easily Google-able.

But she doesn’t want that question to be the first one people ask when they see her skin color.

“Asking someone about their Jewish story when you meet them is almost asking them what kind of underwear they’re wearing,” she said.

Lawson, a Hillel rabbi and associate chaplain for Jewish life at Elon University in Elon, North Carolina, is much in demand in this moment of racial reckoning. Last week she led an online Juneteenth commemoration, marking the end of slavery. In between media and podcast interviews, she is scheduled to talk to a group of Reform Jewish educators and is planning a Zoom session with progressive rabbis in Israel.

RELATED: She’s black, gay and soon you can call her ‘rabbi’

A Stanford Graduate School of Education study last year estimated that Jews of color represent 12% to 15% of the American Jewish population, or about 1 million people of about 7.2 million U.S. Jews overall.

Many of those Jews of color say they are often mistreated or insulted.

Last year, for example, Marra B. Gad, a biracial Jewish woman who was invited to speak to the Union for Reform Judaism Biennial in Chicago — a gathering of 5,000 Reform Jews from across America — wrote about being questioned, verbally attacked or assumed to be part of the hotel staff.

In the wake of the George Floyd killing and the upheaval over police brutality and systemic racism, American Jews are trying to grapple with issues of equity and diversity.

Many have sought out Lawson for advice. Ordained two years ago by the Reconstructionist Rabbinical College outside Philadelphia, Lawson grew up in a nonreligious home. Though she had Jewish friends growing up, she came to embrace Judaism when she served as a personal trainer to Rabbi Josh Lesser of Atlanta. He invited her to Bet Haverim, a Reconstructionist synagogue founded by gay Jews. (Lawson considers herself queer and is married to a woman.) Soon after, she converted.

Religion News Service spoke to Lawson about how Jews might be more welcoming to Jewish people of color and how they might work toward being anti-racist. The interview was edited for length and clarity.

Why is asking how you came to Judaism the wrong first question? 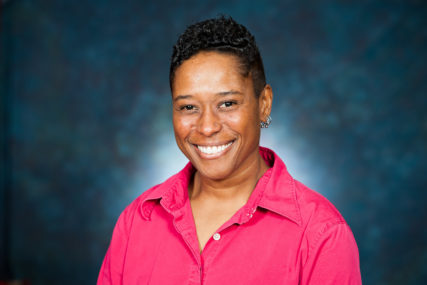 At this moment how I came to Judaism is irrelevant to the problem of racism in the Jewish community. Too often conversations around Jews of color center around, “How are you here?” “How are you Jewish?” “Tell me your story. Oh, by the way, I don’t even know your name.”

Those are the first words and they prevent other conversations from happening. They’re disguised as curiosity but I really feel like it’s trauma and the need to feel safe.

If I’m walking into your synagogue and you don’t know I’m Rabbi Sandra and you start a litany of questions, I can’t move to find a seat or say hi to my friends. If it’s really curiosity, it would happen naturally.

What would you advise Jews when they meet Jews of color?

When I have these conversations, I frame it in a larger experience of welcoming. When someone looks different, that is not the time to ask a bunch of personal questions. It’s a time to say, “Welcome. Thank you so much for coming.”

In many synagogues when you walk through the door, you don’t know where to go. I once went into a synagogue and hit the buzzer. Someone from beyond buzzed me in and the door opened. But there was no one there to tell me where to go.

We need to do a better job of welcoming people into our community.

Let’s say you do form a relationship with people who are different. They should not be your resource for all things Black or brown or gay. To say “I can’t support Black Lives Matter” because you’ve heard some anti-Semitism from some people is ridiculous and racist, really. Black Lives Matter started after (the killing of) Trayvon Martin and during Ferguson. The anti-Semitism part was a coalition of organizations that came together to create a platform on what we want for Black Loves Matter. It was a really long list. A minuscule part of it was about Israel and apartheid and BDS (Boycott Divestment and Sanctions). People asked me, “How can you support this?” I said, “I have no choice.”

Are there other ways you’d like to see Jewish congregations take up these issues?

(Writer) James McBride said on a podcast the other day that racism is like a sickness. You can’t do anything about it unless you know you’re sick. America is starting to recognize the symptoms of this illness. Now they want to get better. They’re trying to figure it out. I encourage communities to be uncomfortable. Unlearning things is hard. If you believe that all police officers are great and they’re here to protect, and then a Black person says, “Police scare me, and this is why.” If you say, “Uh, no,” you’re not listening to my experience.

I want to invite people to be uncomfortable, to listen and to really deal with the challenges with racism in our country. And yes, it may mean learning a different history.

Any practical advice on becoming more open and aware?

People need to listen to the experiences of Jews of color. I was in D.C., the year before last. I was invited to speak at Adas Israel Congregation. It’s a beautiful large synagogue and they have a racial justice group. I said, “Can I speak to them before I come?” They said, “Yes, why?” And I said, “I really want to get a sense of what their experience is before I start speaking.” I talked to them. Most of them were Black, with some white allies. I asked them, “What do you want me to say?” They said, “We’re bringing you in so you can articulate our experiences. No one listens to us.”

If you don’t know something your community needs you to know, you learn how to do it or bring somebody in. This not doing something is also part of the problem.